“The Diabolical Plot”— Ripped from the Headlines! 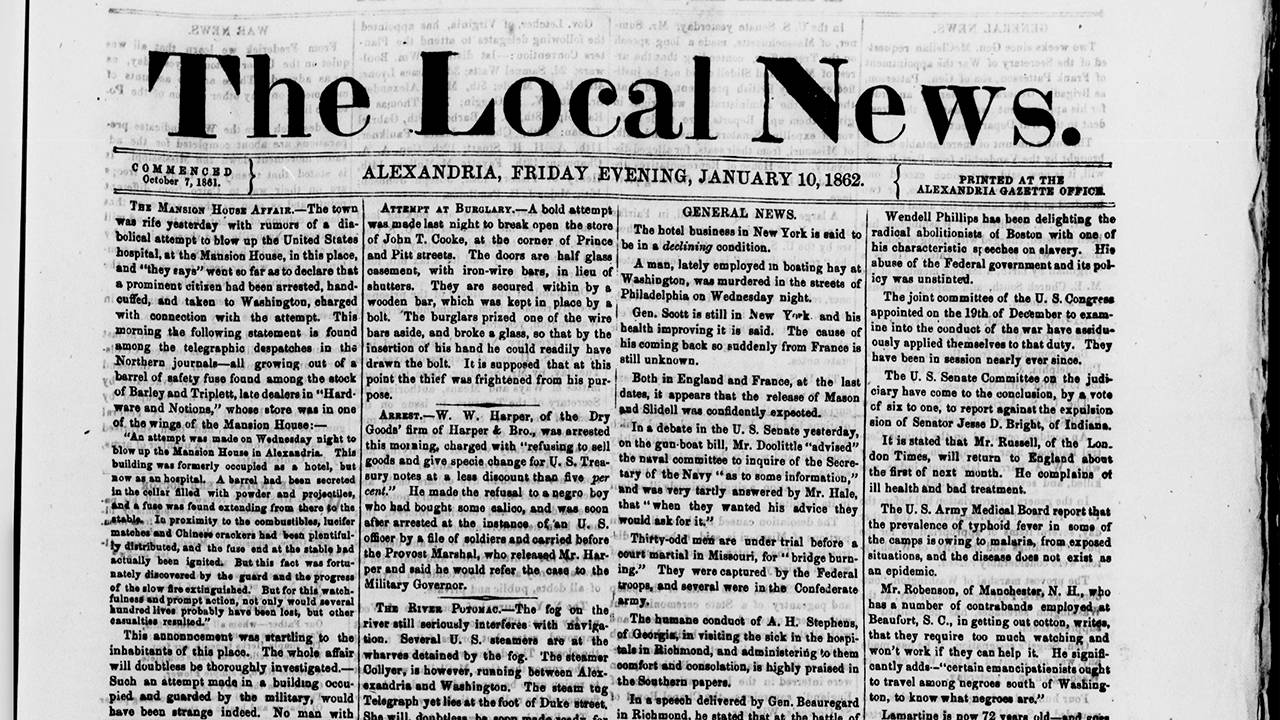 In this guest blog post, Co-Creator and Executive Producer Lisa Q. Wolfinger shares with readers two real stories that served as the inspiration for the events in the Mercy Street Season Finale. ​

“The Diabolical Plot”—Ripped from the Headlines!

The Mansion House affair-- The town was rife yesterday with rumors of a diabolical attempt to blow up the United States hospital at the Mansion House…. A barrel had been secreted in the cellar filled with powder and projectiles and a fuse was found extending from there to the stable. In proximity to the combustibles, Lucifer matches and Chinese crackers had been plentifully distributed, and the fuse end at the stable had actually been ignited. But this fact was fortunately discovered by the guard and the progress of the slow fire extinguished. But for this watchfulness and prompt action, not only would several hundred lives probably have been lost, but other casualties resulted.

When we stumbled on this obscure story in the Alexandria Gazette we knew we needed to incorporate some version of it in our fictional world. It is quite true what people say, “fact is stranger than fiction!” In truth the “diabolical attempt” turned out to be a series of coincidences and a large dose of rumor, but since the residents of Alexandria were clearly swept up in the rumor, we decided to run with it. The gunpowder plot offered a perfect opportunity to create an edge-of-your-seat season 1 finale, while also weaving in two other historical stories we were interested in. The first was the Lincolns’ routine visits to local hospitals.

In our research we came across numerous examples of the President and his wife visiting local hospitals throughout the war. According to Lincoln scholar Ronald C. White Jr:

"President and Mrs. Lincoln often visited Union Army hospitals in and around Washington - together, separately or with their son Tad. Washington, which had been transformed into an armed camp in the early days of the war, had now become a gigantic hospital. White buildings and tents dotted the city. Many hospitals were new structures, like the Stanton Hospital at New Jersey and I Street. Others, such as the Douglass Hospital, had taken over former private mansions on Minnesota Row. Many of the forty or so hospitals were makeshift single-story wooden sheds. All were crowded. Often hundreds, sometimes thousands of wounded soldiers lay in adjoining beds.”

Though we couldn’t find a specific account of the President visiting Mansion House Hospital, our experts agreed it was probable that the Lincolns toured Alexandria’s hospitals during the war. 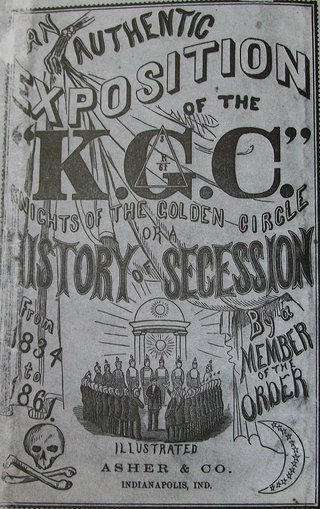 The other story that intrigued us was our fictional Frank’s involvement with a clandestine Rebel terrorist organization called “The Knights of the Golden Circle.” (Note: We do not know if the real Frank was a member.) The Knights were a secret society whose members personified the radical southern mindset of the 1850’s and 60’s. The “Golden Circle” referred to their ambition to expand southern power by annexing a “circle” of slave holding territories including South America, Central America, Mexico and the Caribbean. In the lead up to the war, the Knights shifted their focus and began pushing for disunion, spearheading prosecession rallies, and intimidating Unionists in the South.

The Knights likely carried out other clandestine missions before the war including attempts to take over federal forts in Virginia and North Carolina, activating prosouthern militia around Washington, D.C., and planning an assassination of Abraham Lincoln as he passed through Baltimore in early 1861 on the way to his inauguration. Once the war started, the Knights helped build the emerging Confederate Army and assisted with the pro-Confederate Copperhead movement in northern states. With the war all but lost, various Knights supported one of their members, John Wilkes Booth, in his plot to abduct and assassinate President Lincoln.

It was not a big stretch to imagine our fictional Frank as member of the Knights of the Golden Circle receiving a mission from John Wilkes Booth to assassinate President Lincoln. The Mansion House diabolical gunpowder plot gave us a perfect framework rooted in history. Did we take some artistic license by weaving all of these elements together? Absolutely, but we were playing with coincidence rather than simply fabricating a sensationalist tale out of thin air. The remarkable thing about our diabolical plot scenario is how plausible it is.