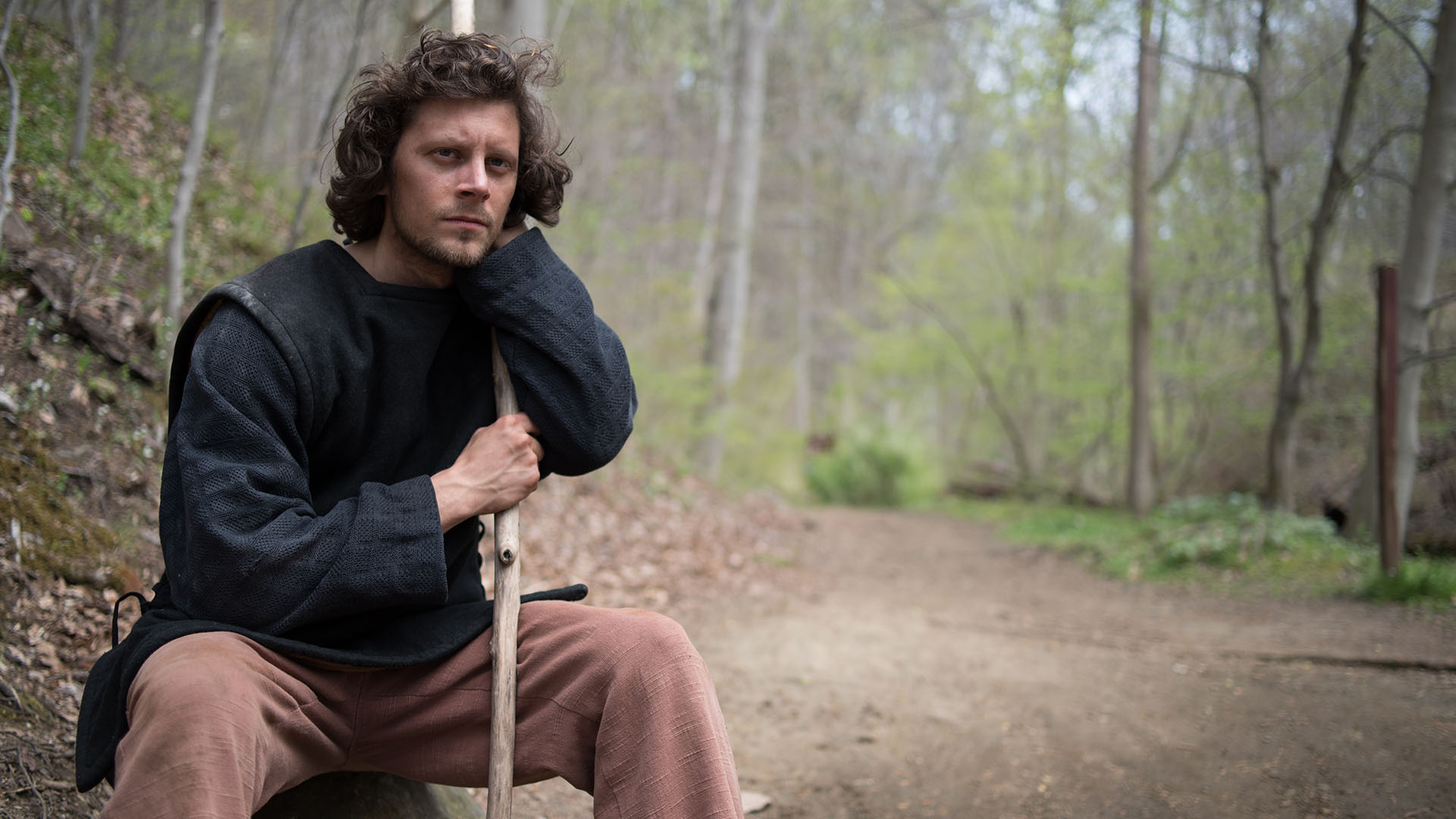 Francis of Assisi, who was canonized as a saint by the Catholic Church only two years after his death, is perhaps the best known medieval saint, among Catholics and Protestants, as well as people of other religions. He was the founder of the Order of Friars Minor - a group of men who professed religious vows - as well as being instrumental in attracting Clare of Assisi and other lay male and female penitents to his movement. In addition to being a towering spiritual figure of his age, he was also a writer who composed poems and letters, writings for use in worship, and testimonies to his spiritual experiences. He wrote documents to guide his followers, known as the Rule, which was accepted by the Pope Innocent III in allowing the founding of his order. Francis’ direct, contemporary followers also recorded his biography, and many others have studied his life in the generations since.

Francis was born in 1181 or 1182, in Assisi in the Italian province of Umbria. His father was a relatively wealthy cloth merchant, while it is conjectured that his mother may have been a noblewoman. Though a son of a merchant, Francis was enamored of the chivalrous values of the nobility and strove to emulate both their attitudes and status. While pursuing his military career as a mercenary, he had had a dream of his father’s house filled with signs of military and religious glory that would come to his family. He set forth in that spirit until one day he became ill and heard a voice asking him, "isn't it better to serve the Master rather than the servant?"

Francis returned home and entered a period of spiritual transformation. He wandered in the woods and fields by himself, changing his attitude toward riches and play that had captured his attention before.

Francis made a pilgrimage to Rome, where he gave all the money he had on his person at the tomb of St. Peter and exchanged his own clothes with a beggar in order to experience "real poverty." One day while riding his horse in the countryside, Francis encountered a leper.  Previously, Francis would have avoided the leper, but this time he felt as if God himself directed him to approach the leper and embrace him.  Francis came to realize that in embracing this leper, he had embraced Jesus Christ himself.

After returning home, he had a falling out with his father, whom eventually disowned him. Francis put on a poor worker’s clothes and began to walk on the roads in the area singing and praising God, seeking work and alms, and sometimes finding ridicule, other times friendly help from those who knew him.

Gradually, his reputation for simplicity and selflessness began to attract followers instead of ridicule. He returned to Assisi and began preaching to people about the need to follow the path of God and to make peace. Francis wrote an outline of their intent and rules for his followers, and in April 1209, they went to Rome to seek permission to found an order of friars. Though initially skeptical, Pope Innocent III approved the first rule of Francis and his companions and gave them permission to preach penance and conversion among the people. The friars were to recognize Francis as their leader, to whom they promised obedience.

In 1212, he and some companions attempt to go to the Levant but their ship foundered on the coast of Dalmatia (Yugoslavia) in 1212. However, the work of the Friars Minor in Europe continued to grow and attract followers. Missions went to other countries of Europe as far as England and Germany. Francis also sent friars to North Africa and Muslim regions of Spain. In 1213, he and another group of companions were attempting to go to Morocco but due to Francis falling ill in Spain, the group returned to Italy.

Francis chose to travel to Egypt and Syria with the Crusader forces. His 1219 venture represents his third attempt to go "among the Muslims." This one was successful.  He arrived at Damietta on the Nile Delta during the siege. Among his efforts among the Christian soldiers and their leaders, he crossed the battle lines into the camp of the Ayyubid leader al-Malik al-Kamil. Accompanied by Brother Illuminato, he came before the Sultan saying that he wanted to preach about the truth of Christianity to save the Sultan and his Muslim companions’ souls by teaching the Gospel. The Sultan received Francis graciously and allowed him to preach, as such conversations about religion at the courts of Muslim rulers were not uncommon.

Francis had gone East for two reasons: to oppose the bloodshed of the Fifth Crusade and to encounter the Muslims in order to share his vision that all men and women, without exception, shared a common creaturehood and thus were brothers and sisters of each other, worthy of respect, and to explain this vision on the basis of Christ's teachings in the Gospel.

When he returned to Italy, the changes to his movement under the leadership of his deputies caused Francis great dismay. A new clerical orientation of the fraternity away from their presence among the real poor and lepers and towards preaching in the cities in a clerical apostolate had taken hold. This reorientation of the focus of the original fraternity exploded at the Emergency Chapter of 1220 in Assisi, at which point, discouraged and dismayed with being able to persuade the clerics of the rectitude of the original vision inspired by God to him and his early brothers, Francis resigned his functions as minister and servant of the friars. The redaction of the Rule of 1223 approved by Honorius III was one of his last attempts to hold the friars to the original vision.  It remains the basis of the Franciscan Order today.

In 1226, weakened from age and infirmity, he returned to the Portiuncula (also called St. Mary of the Angels, out on the plain of Assisi), a place given to the Franciscans by the Benedictines, and lay in a hut there, where he dictated his Testament and sent messages to his followers. As death approached, he asked to be laid naked on the bare ground, to feel closeness to the earth and to submit to the sureness of death. He died on Saturday, October 3, 1226. His body was carried to the church of San Giorgio in Assisi (his parish), and his remains were later transferred to the crypt of the new basilica begun in 1228 in honor of Francis, a newly canonized saint.