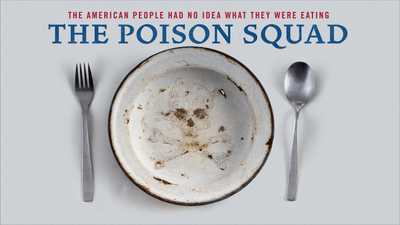 The American People Had No Idea What They Were Eating.

By the close of the Industrial Revolution, the American food supply was tainted with frauds, fakes, and legions of new and untested chemicals, dangerously threatening the health of consumers. Based on the book by Deborah Blum, The Poison Squad tells the story of government chemist Dr. Harvey Wiley who, determined to banish these dangerous substances from dinner tables, took on the powerful food manufacturers and their allies. Wiley embarked upon a series of bold and controversial trials on 12 human subjects who would become known as the “Poison Squad.” Following Wiley’s unusual experiments and tireless advocacy, the film charts the path of the forgotten man who laid the groundwork for U.S. consumer protection laws, and ultimately the creation of the FDA.

Additional Funding for The Poison Squad provided by