Here’s an overview of the lives and creative journeys American Masters will be exploring in Season 33:

Thrust into the limelight for discovering the secret of life at age 25 with Francis Crick, influential Nobel Prize-winning scientist James Watson has thrived on making headlines ever since. His discovery of DNA’s structure, the double helix, revolutionized human understanding of how life works. He was a relentless and sometimes ruthless visionary who led the Human Genome project and turned Harvard University and Cold Spring Harbor Laboratory into powerhouses of molecular biology. With unprecedented access to Watson, his wife Elizabeth and sons Rufus and Duncan over the course of a year, American Masters explores Watson’s evolution from socially awkward postdoc to notorious scientific genius to discredited nonagenarian, also interviewing his friends, his colleagues, scientists and historians. Controversial and unapologetic, Watson still thrives on competition and disruption. The film uncovers his signature achievements, complexities and contradictions, including his penchant for expressing unfiltered and objectionable points of view. Directed and produced by Mark Mannucci.

Sammy Davis, Jr., had the kind of career that was indisputably legendary, so vast and multi-faceted that it was dizzying in its scope and scale. And yet, his life was complex, complicated and contradictory. Davis strove to achieve the American Dream in a time of racial prejudice and shifting political territory. He was the veteran of increasingly outdated show business traditions trying to stay relevant; he frequently found himself bracketed by the bigotry of white America and the distaste of black America; he was the most public black figure to embrace Judaism, thereby yoking his identity to another persecuted minority.

Explore the entertainer’s vast talent and journey for identity through the shifting tides of civil rights and racial progress during 20th-century America in this new film directed by Sam Pollard (American Masters – August Wilson: The Ground on Which I Stand). Features Billy Crystal, Whoopi Goldberg and clips from his TV, film and concert performances.

Explore the complicated history of the American South and its music through the life of country star Charley Pride. Raised in the brutally segregated Mississippi Delta, Pride’s buttery voice, talent and steely resolve led him to the Country Music Hall of Fame. A Grammy Lifetime Achievement Award winner, his journey shows the ways that artistic expression can triumph over prejudice and injustice. Directed by Barbara J. Hall (Patsy Cline: American Masters).

Holly Near: Singing for Our Lives

Experience the power of song in the struggle for equality through the story of feminist singer and activist Holly Near, who for the last 40 years has worked on global social justice coalition-building in the women’s and lesbian movements. Directed by Jim Brown (American Masters — The Highwaymen: Friends Til The End; American Masters – Pete Seeger: The Power of Song).

Joseph Pulitzer: Voice of the People

Discover the man behind the award. An immigrant who became a media mogul with an outspoken, cantankerous voice, who created two bestselling newspapers, Joseph Pulitzer championed what he regarded as the sacred role of a free press in a democracy. Directed by Oren Rudavsky (Time for School: 2003-2016).

Garry Winogrand: All Things are Photographable

Discover the life and work of Garry Winogrand, the epic storyteller in pictures who harnessed the serendipity of the streets to capture the American 1960s-70s. His “snapshot aesthetic” is now the universal language of contemporary image-making. Directed by Sasha Waters Freyer (Independent Lens: Razing Appalachia).

Terrence McNally: Every Act of Life

Explore four-time Tony-winning playwright Terrence McNally’s six groundbreaking decades in theater, from Kiss of the Spider Woman, Love! Valour! Compassion! and Master Class to Ragtime, The Visit and Mothers and Sons. The film also delves into McNally’s pursuit of love and inspiration throughout his career, LGBTQ activism, triumph over addiction, and the power of the arts to transform society. Features interviews with Chita Rivera, Nathan Lane, Audra McDonald, Tyne Daly, Angela Lansbury and others. Produced, directed and written by Jeff Kaufman.

Robert Shaw – Man of Many Voices

Trace the journey of one of America’s greatest choral music conductors. With no formal training, Robert Shaw was legendary for his interpretations of classical music’s choral masterpieces and inspired generations of musicians with the power of music. Directed by Pamela Roberts (American Masters – Margaret Mitchell: American Rebel) and Peter Miller (Jews and Baseball: An American Love Story).

Raúl Juliá: The World’s a Stage

From award-winning director Ben DeJesus (Great Performances: John Leguizamo’s Road to Broadway, John Leguizamo: Tales from a Ghetto Klown), Raúl Juliá: The World’s a Stage is a warm and revealing portrait of the charismatic, groundbreaking actor’s journey from his native Puerto Rico to the creative hotbed of 1960s New York City, to prominence on Broadway and in Hollywood. Filled with passion, determination and joy, Juliá’s brilliant and daring career was tragically cut short by his untimely death 25 years ago, at age 54.

Rothko: Pictures Must Be Miraculous 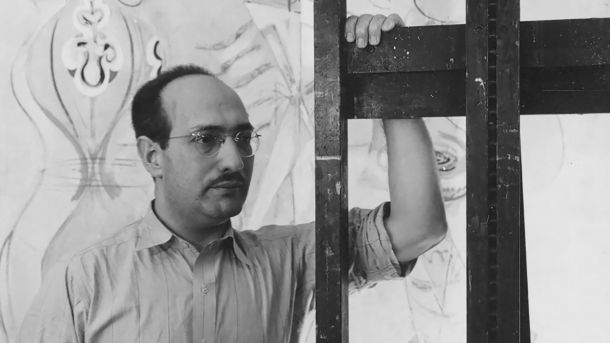 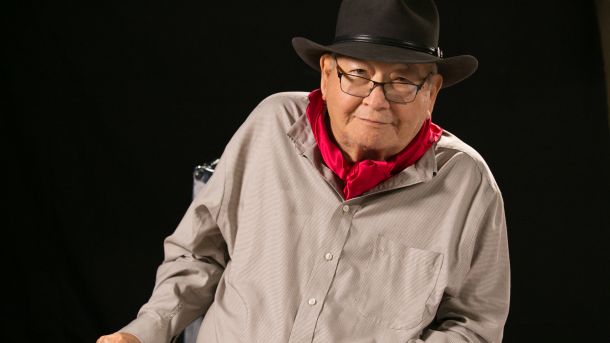