Produced with Le Guin’s participation over the course of a decade, Worlds of Ursula K. Le Guin tells the intimate coming-of-age story of the Portland, Oregon, housewife and mother of three who forever transformed American literature by bringing science fiction into the literary mainstream. Through her influential work, Le Guin opened doors for generations of younger writers like Neil Gaiman, Margaret Atwood, Michael Chabon and David Mitchell — all of whom appear in the film — to explore fantastic elements in their writing.

Worlds of Ursula K. Le Guin begins with Le Guin’s early struggle to get published in the overwhelmingly male and realism-dominated climate of the early 1960s. Her first major breakthrough came with the young adult novel “A Wizard of Earthsea,” set in a magical archipelago inhabited by wizards and dragons. Along with groundbreaking novels like “The Left Hand of Darkness” and “The Dispossessed,” “Earthsea” crowned Le Guin as the queen of science fiction by the end of the decade. But as a woman and a genre writer, she still faced marginalization that hobbled her career until the last decade of her life, when she won the National Book Foundation’s lifetime achievement award and became the second living author to have their work anthologized by the Library of America.

The film dives into Le Guin’s childhood, steeped in the myths and stories of Native Americans she heard growing up in Berkeley, California, as the daughter of prominent 19th century anthropologist Alfred Kroeber and writer Theodora Kroeber, author of the influential book “Ishi in Two Worlds.” This deep childhood understanding of cultural relativism infused her work with a unique perspective; her otherworldly societies are all in some way reflections of our own.

At the heart of the film is Le Guin’s intimate journey of self-discovery as she comes into her own as a major feminist author. “What I was doing was being a woman pretending to think like a man,” she says, reflecting on why her early novels put men at the center of the action. But as second-wave feminism crashed into the science fiction world in the 1970s, Le Guin recognized her own internalized notions about heroism and power. Initially defensive, she found truth in the criticisms of her work. When revisiting the realm of “Earthsea,” she turned her gaze to its women, instead of powerful male wizards. The result was a transformation that echoed throughout the rest of her oeuvre. By embracing her own identity and learning to write as a woman, she eventually rose to the height of her literary power. Working across many genres, Le Guin received numerous honors, including the National Book Award, Hugo Award, Nebula Award, PEN-Malamud, and she was voted into the American Academy of Arts and Letters.

Worlds of Ursula K. Le Guin had its world premiere at the Sheffield Documentary Festival and has shown internationally at dozens of festivals, garnering numerous awards. 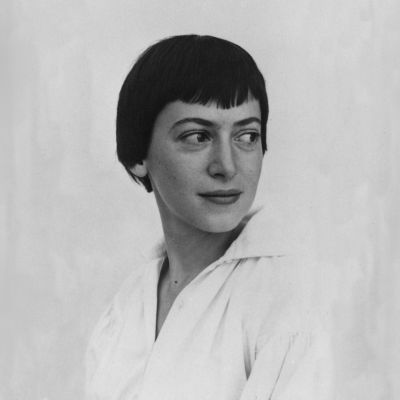 Ursula K. Le Guin
Author
Oct 21, 1929 - Jan 22, 2018
VIEW MASTER COLLECTION
MINI-SERIES
Authors
QUOTE
"It was important to think about privilege and power and domination in terms of gender. Which was something that fantasy had not done."

Worlds of Ursula K. Le Guin is a production of Arwen Curry in association with the Center for Independent Documentary and THIRTEEN’s American Masters for WNET. The film is directed by Arwen Curry, who is also a co-producer with Jason Andrew Cohn and Camille Servan-Schreiber. Michael Kantor is American Masters series executive producer.

Major support for Worlds of Ursula K. Le Guin is provided, in part, by the National Endowment for the Humanities, bringing you the stories that define us. Additional support for is provided by: California Humanities, Berkeley Film Foundation, Alex Borstein, Kent Rasmussen & Celia Ramsay, Paul D. Jarman, Mary Kay Kare, and others.

(soft music) - [Ursula] Magic exists in most societies in one way or another.

I do make up things that didn't exist before by naming them.

I call it Earthsea, and there it is.

- [Male] I don't think Harry Potter could have exitsed without Earthsea.

- I read A Wizard of Earthsea, and things rearranged in my head.

(wings flapping) (bird cawing) - That was the original and the best.

- [Male] What Ursula was having to navigate was the societal prejudices against science fiction, against the fantastic.

- I'd like this not to be resigned but to be rebellious.

I want to see science fiction step over the old walls and head right into the next wall and start to break it down, too.

When I started writing, this sort of basic assumption about fiction was that men were at the center of it.

- So you have this really pretty masculine, pretty male dominated world... - [Ursula] I don't know how many times I was told I write well, but we don't know quite what you're doing.

- [Male] Oh, she led us and set herself up as a giver of answers, but she is one of the very finest explorers of questions.

- She really began to own herself as someone who has a voice and the authority that goes with that voice and the right to use it.

- Of course, I can write novels with one hand and bring up three kids with the other.

- So what's happened most recently is the broadening of Le Guin's audience and readership.

- To learn to make something well can take your whole life, and it's worth it.