As part of #PBSForTheArts, a multiplatform campaign from PBS and The WNET Group celebrating the resiliency of the arts in America during the COVID-19 pandemic shutdown and reopening, we’re pleased to present a series of artist interviews spotlighting the inspiring pandemic survival stories of artists across the country. From Broadway dancers and concert performers to classical musicians, visual artists, and beyond, discover how these creative, resourceful artists have kept the arts vivid and vital during the pandemic.

Tony nominee Laura Osnes has enchanted audiences with her luminous performances in the hit Broadway musicals Rodgers & Hammerstein’s Cinderella, Bandstand, Bonnie and Clyde, Anything Goes, Rodgers & Hammerstein’s South Pacific, and Grease. In the following interview, Osnes talks about her experience filming the recent #PBSForTheArts special We Are Family: Songs of Hope and  Unity, the people and projects that have kept her inspired during the pandemic, and more.

You recently appeared in We Are Family: Songs of Hope and Unity, a #PBSForTheArts special featuring The American Pops Orchestra (now streaming on pbs.org). What was it like to perform in a concert filmed under strict COVID-19 guidelines, and how did it feel to be singing in front of a live audience again?

I was honored to be asked to sing for this very special concert -- one of the first of its kind, in the height of quarantine. I was so impressed by the American Pops Orchestra team, going above and beyond to ensure our safety and comfortability, while also providing the joyous opportunity to perform for the first time in months. This particular concert was special because it was professionally filmed outdoors and we also had a small, live audience. Feeling the warmth and energy of their applause and the smiling eyes above their masks truly warmed my heart. That was something I didn’t realize how much I’d missed. Yes, I love what I do, but being able to inspire, entertain, love on, and encourage someone else through my music is the ultimate reward!

Did you have performance engagements that were postponed or cancelled due to the COVID-19 performance shutdown in March 2020?

I had dozens of concert dates that were postponed because of COVID-19. Many of them were initially pushed six months, and then pushed again or eventually just cancelled. No one could have predicted this pandemic would eradicate live performances for such an extended period of time.

CINDERELLA & COMPANY: Laura Osnes sings a medley of favorite Princess songs at “The Broadway Princess Party” at Feinstein’s/54 Below in 2016.

How have you been staying connected to the Broadway theater community during the pandemic?

To be honest, I’ve enjoyed unplugging a bit from the hustle and bustle of Broadway. I think we’ve all been forced to find peace and purpose beyond our identities as Broadway performers -- but the thing I miss the most is the community. My nearest and dearest, I’ve remained in close contact with via text or weekly Zoom catch-ups. I also hosted a web series early on in the pandemic, R&H Goes Live!, for the Rodgers & Hammerstein Organization, interviewing my Broadway pals and relishing in their musical creativity. I was fortunate enough to film a Hallmark movie last summer -- One Royal Holiday, starring four fellow Broadway veterans, including my beloved Cinderella co-star Victoria Clark -- and I’ve been honored to join the roster for some virtual benefits and concerts where I’ve gotten to reunite and collaborate again with some talented friends.

What has been the most difficult thing for you as a performing artist during the pandemic?

The hardest part has been seeing colleagues and friends without jobs, or without hope. New York City has been devoid of the very industry it’s most famous for, putting thousands of creative artists out of work, when live entertainment is typically an outlet for joy and escape through difficult times. It’s heartbreaking. Seeing regional theaters shut down, Broadway and touring shows close, and friends leaving the city has been extremely distressing. This pandemic has shaken up showbiz as we know it. Even though some good things have also sprung from the chaos, it has also caused so much insecurity, loneliness, pain, and fear.

What has helped you maintain a sense of hope and optimism during these challenging times?

I have been so grateful for my husband and my family throughout this season. They are the rocks of support and stability in my life, and I know they will always love me and have my back through every storm. Music, journaling, and going on walks have helped me restore optimism. And my faith in God has always been a constant source of hope for me. Look up, child!

Broadway shows are reopening on September 14th. What shows are on your must-see list?

Moulin Rouge is top of my list because I still haven’t seen it! And Mrs. Doubtfire! I can’t wait to cheer on my friends and whoop and holler as we hear the orchestra downbeats and see the lights of Broadway shine once again!

I am launching a concert tour! Six years ago, I co-created a concert series called Broadway Princess Party, which recently announced a partnership with Disney for an 84-city national tour this coming season. The show opens November 1, with Susan Egan (Belle, Beauty and the Beast), Aisha Jackson (Anna, Frozen), Courtney Reed (Jasmine, Aladdin), and myself (Cinderella, Rodgers & Hammerstein’s Cinderella), an all-star quartet of Broadway and animated film icons, celebrating all the Disney Princesses in an unforgettable evening of songs, animation, and stories. Catch us in a kingdom near you! Chelsey Hill, a dresser at The Metropolitan Opera and illustrator, talks about the creative projects that have kept her inspired during the pandemic. 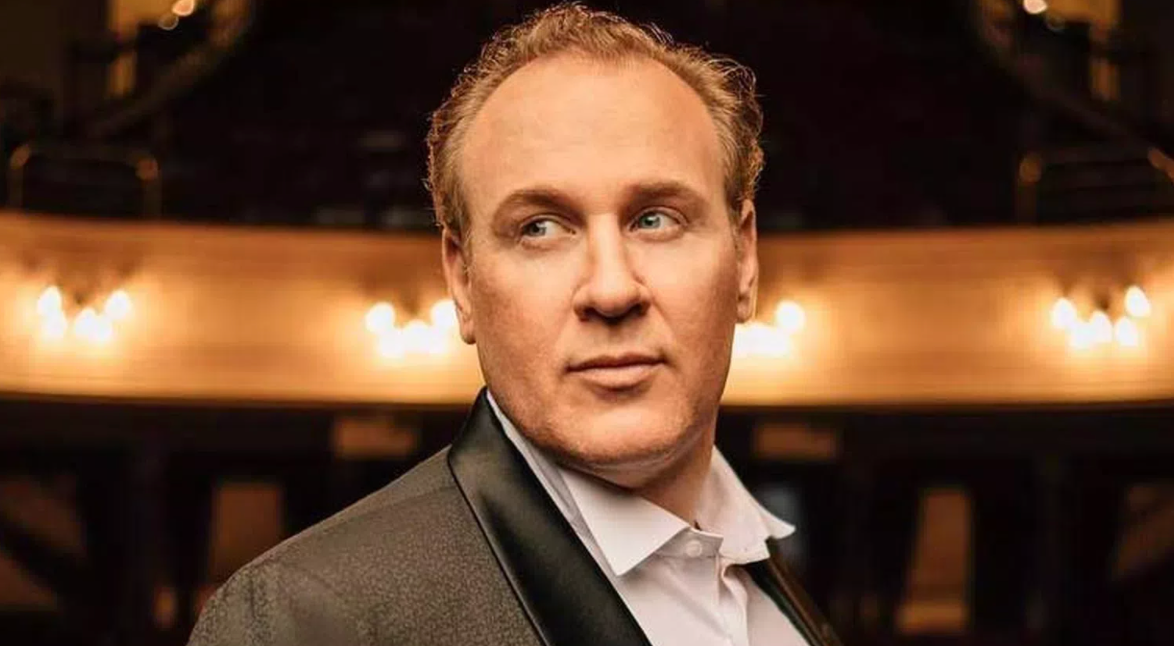 Baritone Lucas Meachem on his scintillating return to the stage.

Elisa Lichtenbaum is a Senior Writer at The WNET Group. An avid theatergoer and tap dancer, she is dedicated to helping theater artists and the theater community make a vibrant comeback following the pandemic.