Workers Rights Activists And The History of Labor Day

Workers Rights Activists And The History of Labor Day

Let's do this
Published on September 02, 2022 by Beatrice Alvarez
Share

Labor Day has been a national holiday since 1894, when President Grover Cleveland signed the law that Congress passed designating the first Monday in September a holiday for workers. Labor unions pressed and activists sacrificed to gain recognition of both the contributions and the mistreatment of workers at the time. The origins of the holiday are in parades to celebrate trade and labor unions, whose members strengthened the country with their work.

This year we wanted to share stories of workers rights activists since the first Labor Day as a way to celebrate the day the labor unions made. 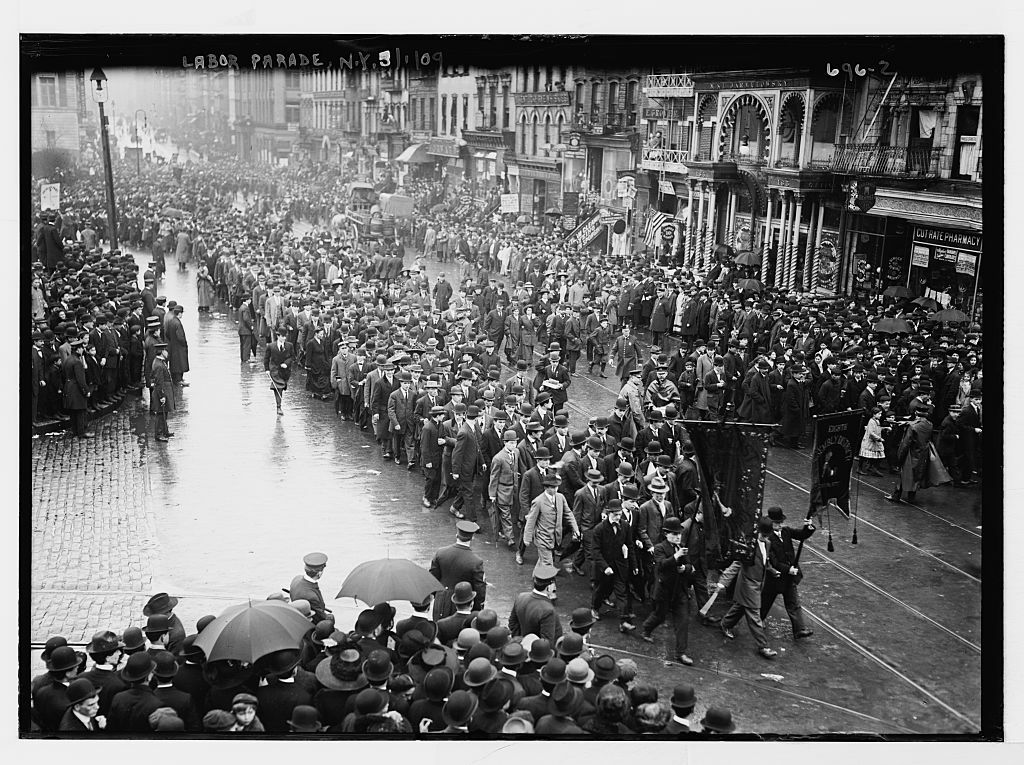 Do You Know the History of Labor Day?

Parades and merriment for the whole family is truly how it all began. Labor Day is a national holiday that, for many, means barbecues and summer's last hurrah. But did you know it started with two union leaders in New Jersey taking a day to recognize the hard-working people in their communities? (From New Jersey's NJTV News)

Eugene V. Debs organized the Pullman Strike in 1894, a nationwide protest that resulted in federal labor laws to protect workers. The strike brought the economy to a standstill and spurred President Cleveland to make Labor Day a national holiday. Debs' dedication to preserving dignity and demanding respect for the American laborer transformed the country.

For Jobs and Freedom: A Black Nouveau Special

The August 28, 1963 March on Washington was organized by labor activists A. Phillip Randolph and Bayard Rustin. The historical event was designed to shed light on workers' rights, issues which Randolph and Rustin had dedicated their lives to. If you didn't already know about them, get to know their work and how they united civil rights groups, labor unions, religious leaders, and ordinary people to raise their voices as one in Washington, D.C.

César Chávez and Dolores Huerta founded the United Farm Workers, to protect the largely Mexican-born agricultural laborers. The union established a voice for those who were essential to Americans' lives yet the inhumane working conditions rendered them invisible to many. Echoing the civil rights marches from Selma to Montgomery, Huerta and Chávez organized a 300-mile procession of farmworkers from Delano to Sacramento, to draw attention to the plight of farm workers.

The Independent Lens documentary "Dolores" looks at her life and the great impact she made on workers' and women's rights. It is available to stream for station members.

In 1981 César Chávez reflected back on his life's work in an interview with WTTW's Chicago Tonight.

In this Spanish language clip from Latino Americans, revisit the 1966 farmworkers' strike that took organizers from Delano to Sacramento.

When farmworkers unionized in the 1960s the agricultural industry in California had long profited from the exploitative conditions of predominantly immigrant labor. Filipino farmworkers in the grape fields were no exception. When they decided to strike, activist Larry Itliong convinced the United Farmworkers union to join them in what would be a historic (and victorious) grape boycott.

Schneiderman, born in 1882, was 16 years old in when she began working in a garment factory in New York City. Sweatshops were the norm and workers toiled in dangerous conditions, like the ones that killed 148 women in the Triangle Shirt Waist Company factory. Schneiderman helped organize an all-woman hat-makers union to demand equal pay and standard working hours. That was just the beginning of her lifelong advocacy for workers. (From American Masters' Unladylike 2020)

Why is There a Minimum Wage?

Learn the history of that critical component of modern economic life: the minimum wage. Because it was unions and collective action that caused a nationwide reckoning of workers rights. (FromDigital Studios' Origin of Everything)

Why Do We Still Work 40 Hours a Week?

Above the Noise host Myles Bess asks a really really good question: Why do we still work 40 hours a week? Luckily for us, this episode breaks down this of-the-moment labor issue.