6 books that got a Trump bump this year

NEW YORK — Books by such familiar names as J.K. Rowling, Jeff Kinney and Bill O’Reilly were among the top sellers of 2016. But the most unexpected presidential election in memory also led to some unexpected successes.

Donald Trump’s rise from celebrity candidate to improbable nominee and winner of an historic upset brought heightened attention to books old and new, fiction and nonfiction, ranging from a journalist’s memoir completed during the campaign to the document that Trump will swear to protect and defend upon taking the oath of office.

Here are six notable releases that received a Trump Bump:

Liberals befuddled by Trump’s victory turned to Vance’s memoir about his relatives in rural Kentucky and Ohio’s rust belt. Interviewed last summer by The Associated Press, Vance spoke of Trump’s appeal to the white working class: “He communicates in a way that is very relatable to a lot of people; it’s one of the things that both parties frankly have been increasingly bad at, which is connecting to voters in an emotional and kind of visceral way.”

In “Hillbilly Elegy,” J.D. Vance explores life in some of the most geographically secluded parts of the country and the mountain of problems communities there are facing, from economic issues to drug addiction. The subject is a personal one for Vance, who was raised by his grandparents in Appalachia. Judy Woodruff sits down with him to discuss his experience and how these issues came to be. 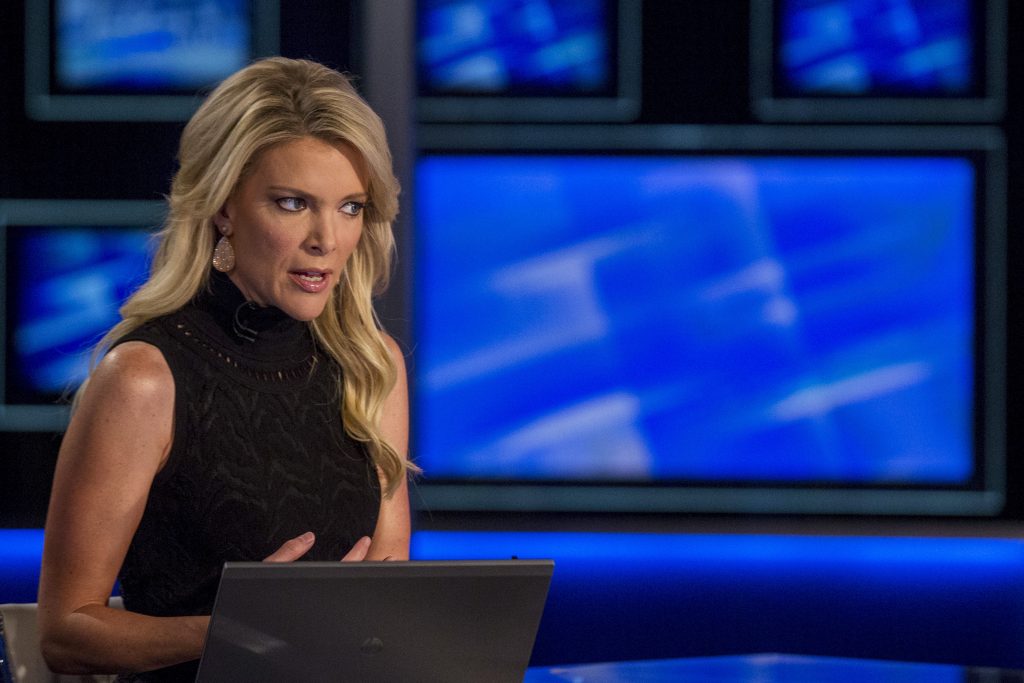 This book was announced early in 2016, or what now seems like distant history when Trump was a longshot for the White House, despite early leads in the polls against his GOP primary rivals, and Roger Ailes was the enduring leader of Fox News. By the time the book was released in mid-November, Ailes had been forced out amid numerous allegations of sexual harassment and Trump was the president-elect. Kelly had plenty of news about both. She alleged that Ailes had made unwanted sexual advances on her early in her career and that Trump, who consulted with Ailes during his campaign, had tried to intimidate her even before she confronted him during a Republican debate in 2015 about his comments about women. Kelly was subjected to prolonged and highly personal attacks from Trump and wrote that she received death threats from his supporters.

3 and 4. Sinclair Lewis, “It Can’t Happen Here,” and Philip Roth, “The Plot Against America” 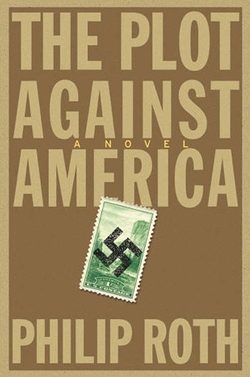 The cover of Phillip Roth’s “The Plot Against America.” Photo by Flickr user Wolf Gang

Trump’s campaign inspired some readers to seek answers in the past, not just from history, but from dystopian fiction.

Lewis’ warning about the fragility of democracy was written in the mid-1930s, when Nazis were on the rise in Europe and populist demagogues such as Huey Long of Louisiana were seen as challengers to the re-election of President Franklin Roosevelt. In “It Can’t Happen Here,” Lewis imagined the frightening rise of Sen. Berzelius “Buzz” Windrip, whose defense of “The Forgotten Man” and attacks on Mexicans and the media gave the novel renewed relevance in 2016.

Roth’s book, published in 2004, was set in the author’s native Newark, New Jersey, in the early 1940s. The premise: An authoritarian government under President Charles Lindbergh, the aviator hero who later became an open anti-Semite and an “America First” advocate, who believed the country should stay out of World War II and not fight the Nazis. Wrote Roth: “Americans everywhere went about declaiming, No war, no young men fighting and dying ever again! Lindbergh can deal with Hitler, they said, Hitler respects him because he’s Lindbergh.”

Khizr Khan, parent of a Muslim American solider who died during the war in Iraq, shared with Judy Woodruff the story behind why he brought out a copy of the U.S. Constitution when he attacked Donald Trump during his speech to the Democratic National Convention last week. Video by PBS NewsHour

For the book world at least, the most eventful speech at the Democratic National Convention was not given by the nominee, Hillary Clinton, but by the father of an American soldier killed in 2004 during the Iraq War. An emotional Khizr Khan denounced Trump’s negative comments about Muslims, held up a copy of the Constitution and questioned whether Trump had read it. The candidate responded with a wave of angry tweets, while readers made an 18th century, public domain text a best-seller. Ironically, the edition topping the lists on Amazon.com and elsewhere was not the one used by Khan, but a pocket-sized publication from the right-wing National Center for Constitutional Studies. 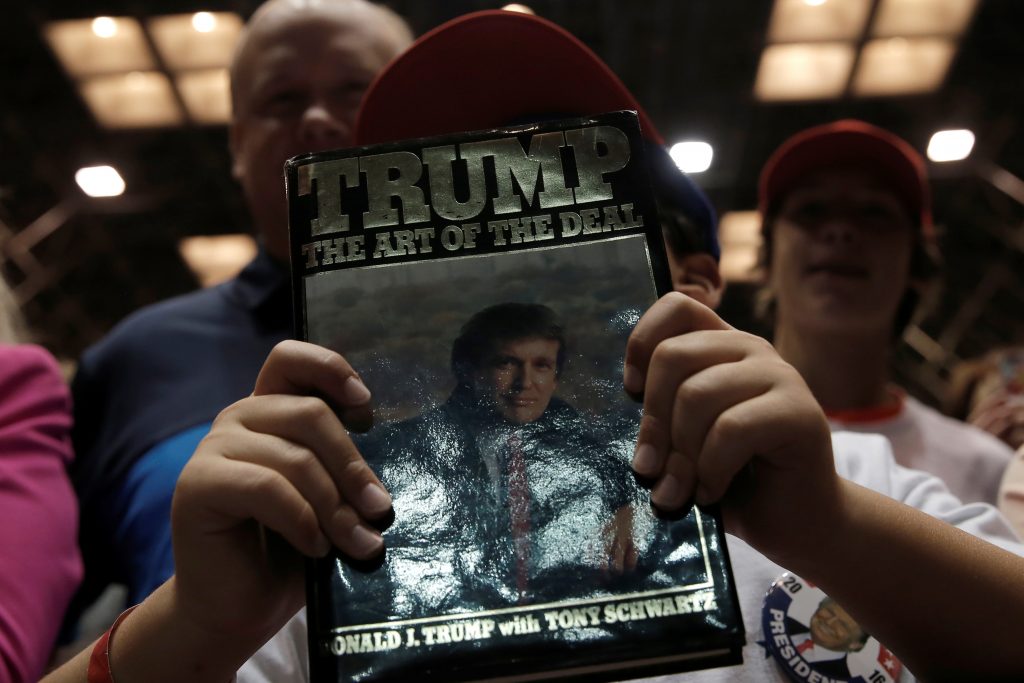 A boy holds a book by Republican presidential nominee Donald Trump at a campaign rally in Canton, Ohio, in September. Photo by Mike Segar/Reuters

Published in 1987, it’s the first book by Trump, the one that helped make him a national celebrity and the one the candidate never tires of mentioning. His repeated boasts that “Art of the Deal” is the all-time business best-seller have been widely disputed, but the book is a million seller and it spent a good deal of the year high on the charts of Amazon. “Art of the Deal” reached new readers despite a notable disclaimer from ghostwriter Tony Schwartz, who renounced the work and said if he were writing it now he would call it “The Sociopath.”

Left: Donald Trump holds up a copy of his new book "Crippled America" at news conference to promote the book in the Manhattan last year. Photo by Brendan Mcdermid/Reuters