7 things you didn’t know about alcohol in America

We are a nation of drinkers.

Alcohol’s storied relationship with the U.S. dates back to the dawn of the nation, according to Derek Brown, chief spirits advisor for the National Archives Museum’s “Spirited Republic” exhibit. Brown is an innovator of cocktails who owns several bars in Washington, D.C.’s Shaw neighborhood. We joined him at Mockingbird Hill, his punk-rock sherry bar named for a lyric from The Clash song “Spanish Bombs,” for a history on alcohol in the U.S. Here are seven things you might not know about alcohol’s history in America.

“Workers At Renault’s Champagne Vaults, Egg Harbor, NJ,” during the summer of 1906. Image courtesy of National Archives, Records of the Bureau of Plant Industry, Soils, and Agricultural Engineering.

1. At the time the U.S. was created, alcohol was seen as healthy.

In 1790, drinking-age Americans consumed an average of 5.8 gallons of pure alcohol annually, according to the “Spirited Republic” exhibit. By 1830, that number had risen to 7.1 gallons. That’s a lot, considering that Americans today drink on average 2.5 gallons a year, according to the World Health Organization.

At the time, alcohol was viewed as a digestive aid and a source of strength. With no standard water treatment system in the U.S., some considered it an alternative to water.

“For some people, it was because water was poisonous in the sense that it had all kinds of bacteria they didn’t quite understand,” Brown said. 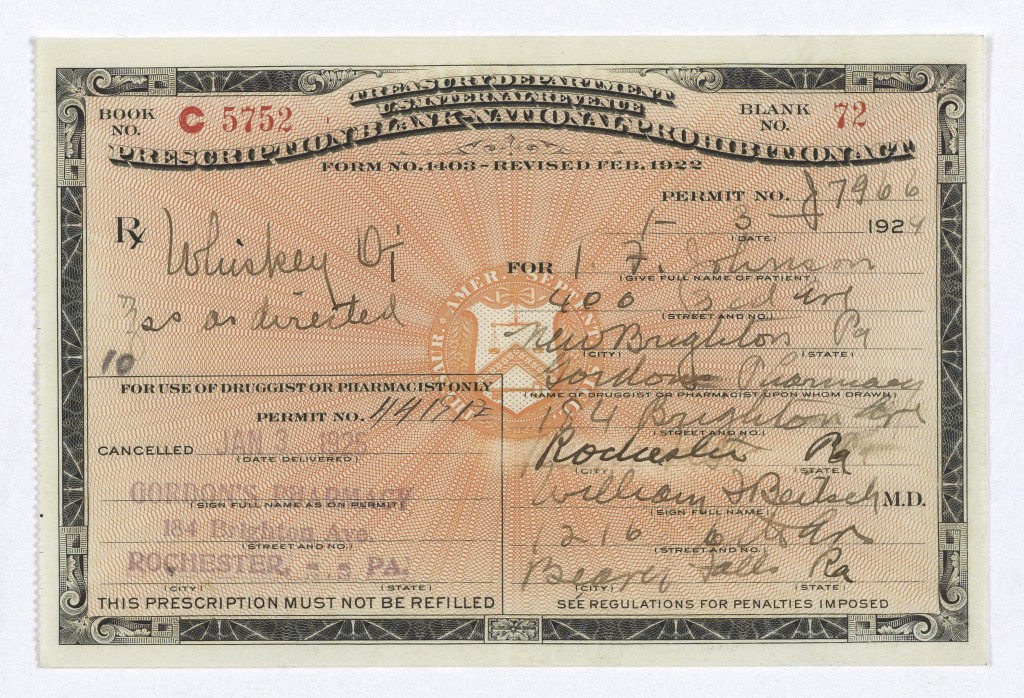 Prescription for whiskey for I. F. Johnson, January 3, 1924. Image courtesy of National Archives, Records of the Internal Revenue Service.

During Prohibition, the U.S. Treasury Department authorized physicians to prescribe alcohol. It was used to treat depression and even cancer.

But the prescriptions, which cost approximately $7 to obtain and get filled, were largely a way for the medical industry to make money, Daniel Okrent, author of “Last Call: The Rise and Fall of Prohibition,” told Smithsonian Magazine.

“There may have been some people who were being prescribed because of a perceived medical need, but it was really a way for some physicians and pharmacists to make a few extra bucks,” he said.

3. George Washington once made orders for his troops to receive whiskey and rum.

While encamped at Valley Forge during a brutally cold winter, General George Washington issued orders for his troops to receive a “gill” of whiskey and rum each. Washington, who owned the largest rye whiskey distillery in the country post-presidency, knew good whiskey, Brown said.

Brown and “Spirited Republic” curator Trevor Plant created a cocktail inspired by this bit of history. Called “The General’s Order,” the drink is, you guessed it, rum and whiskey-based, while incorporating Martha Washington’s recipe for cherry bounce. 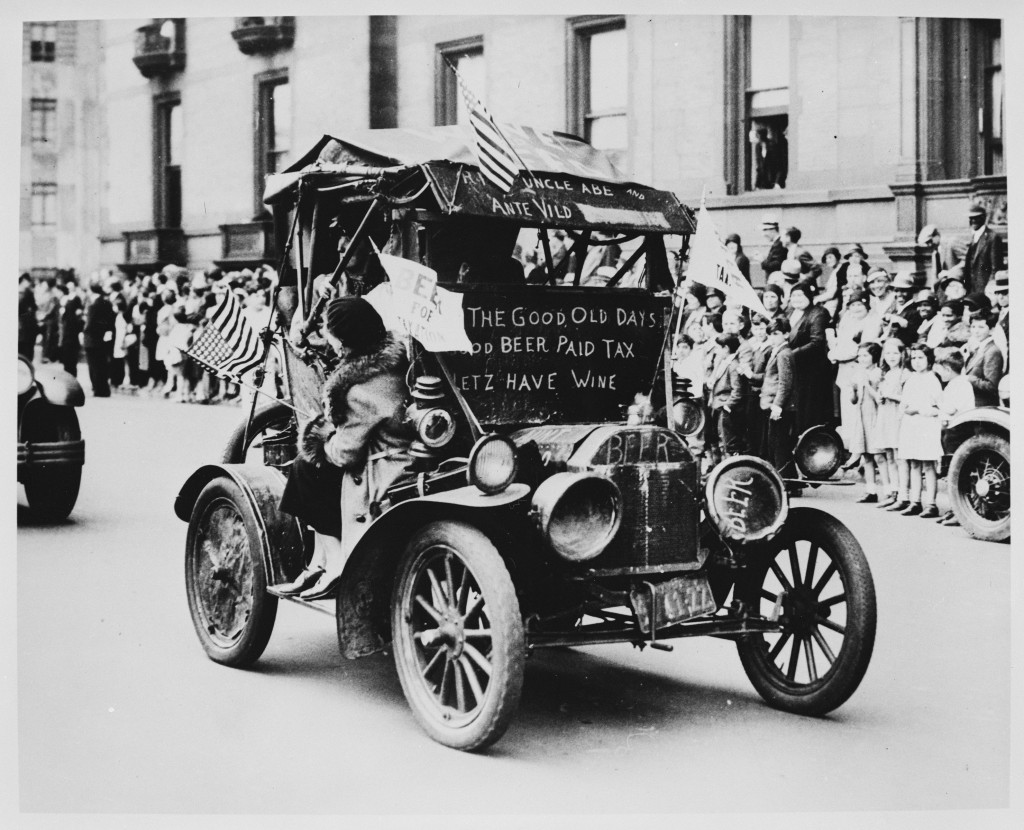 An automobile is decked out with signs and banners supporting the repeal of the 18th Amendment in New York City, May 1932. Image courtesy of National Archives, Records of the U.S. Information Agency.

4. The first definition of the cocktail came about in 1806.

A newspaper based in Hudson, N.Y., called The Balance and Columbian Repository defined a cocktail this way: a drink comprised of sugar, water, bitters and “spirits of any kind.” The paper’s editor, Harry Croswell, wrote the definition in response to the question, “What is a cocktail?” He continued:

It is vulgarly called bittered sling, and is supposed to be an excellent electioneering potion, in as much as it renders the heart stout and bold, at the same time that it fuddles the head.

Croswell’s definition of the cocktail most resembles what is known today as an Old Fashioned, Brown said. 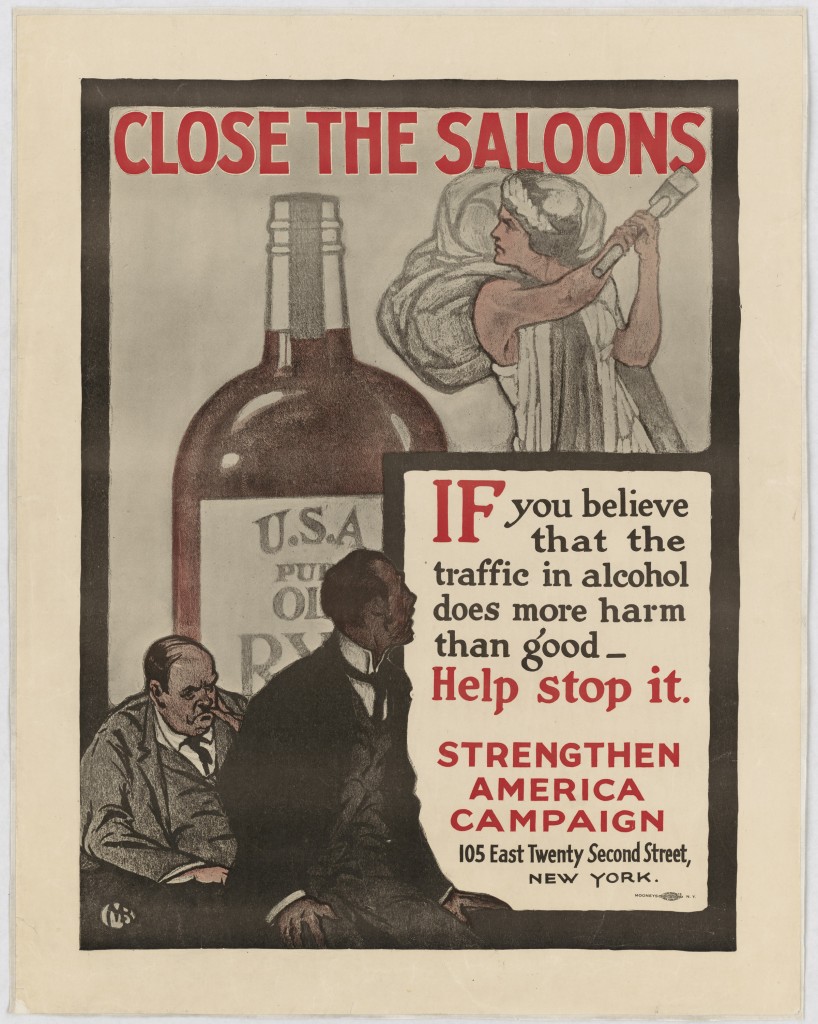 5. Lewis and Clark journeyed with wine and beer.

The famous Lewis and Clark expedition across the U.S., led by Meriwether Lewis and William Clark, totaled more than 30 people. To keep the group satiated, Lewis purchased 30 gallons of “rectified spirits” for the journey, according to records from 1803. 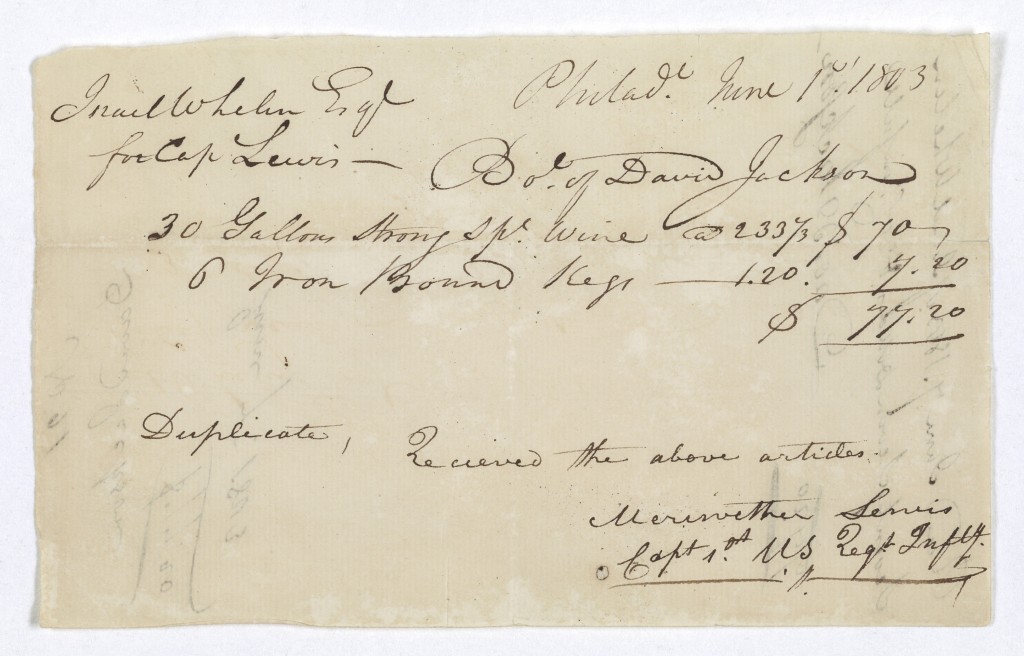 Receipt for wine and kegs purchased by Meriwether Lewis for the Expedition to the West, June 1, 1803. Image courtesy of National Archives, Records of the Office of the Quartermaster General.

6. The 19th century is considered “The Golden Age” of alcohol.

The ad men of Don Draper’s era owe much of their time sipping cocktails to the 100 years before the 1960’s. That’s when the Manhattan, martini and daiquiri were born. In 1862, the “Bar-Tender’s Guide” by Jerry Thomas — widely considered the first bartending guide — was created. Prohibition would come 51 years later. 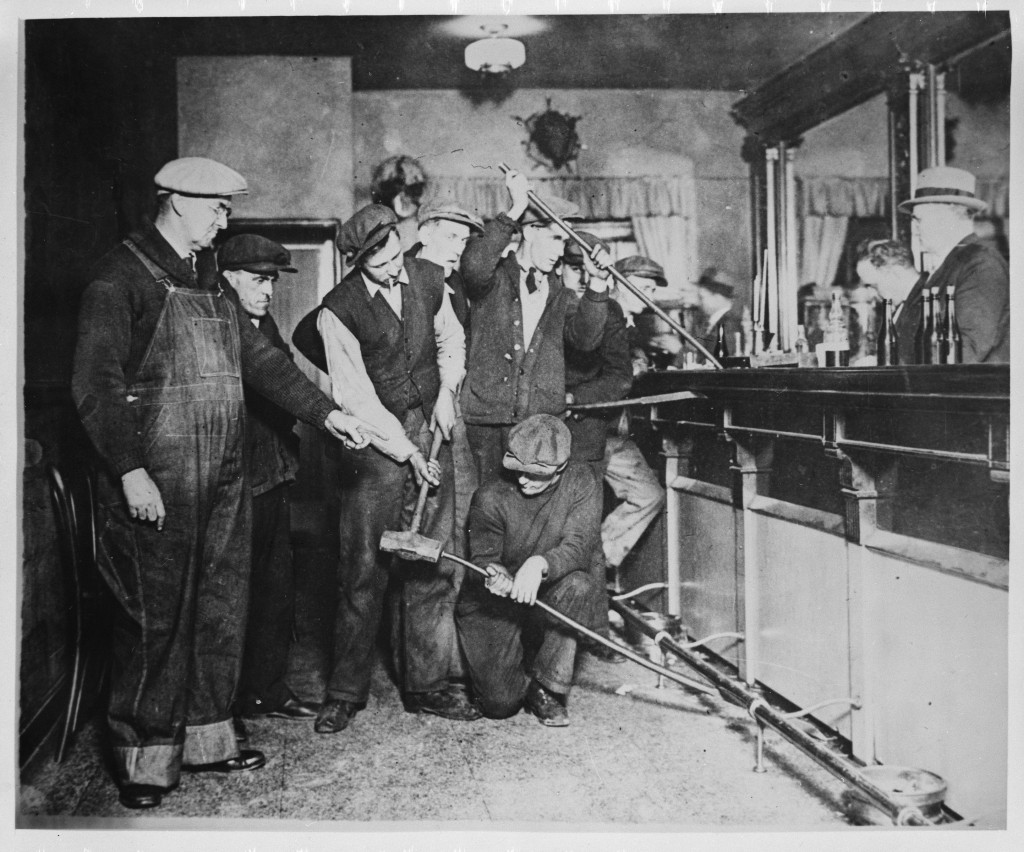 Prohibition agents destroy a a bar in 1930. Image courtesy of National Archives, Records of the U.S. Information Agency.

7. A surprising number of amendments pertain to alcohol.

Of the 27 amendments to the U.S. Constitution, two are focused on alcohol.

The 18th amendment, known as the Prohibition Act, was ratified in 1919. It prohibited the manufacture and sale of alcohol. It wouldn’t be repealed for another 14 years under the 21st amendment.

An earlier version of this post incorrectly stated that the 18th amendment was passed in 1913.