After the Juggalo March on Washington, a long legal fight ahead

On Saturday, more than a thousand Juggalos, fans of the rap group Insane Clown Posse, flooded the National Mall to protest that the FBI had labeled the group a gang.

The group was classified as “a loosely-organized hybrid gang” in the Justice Department’s National Gang Threat Assessment 2011 Report, which cited “sporadic, disorganized, [and] individualistic” criminal activity. Juggalos argue that the the criminal actions of a few have been unfairly tied to the larger community.

The organizers have called the march a success, arguing that widespread media attention has helped them raise awareness. 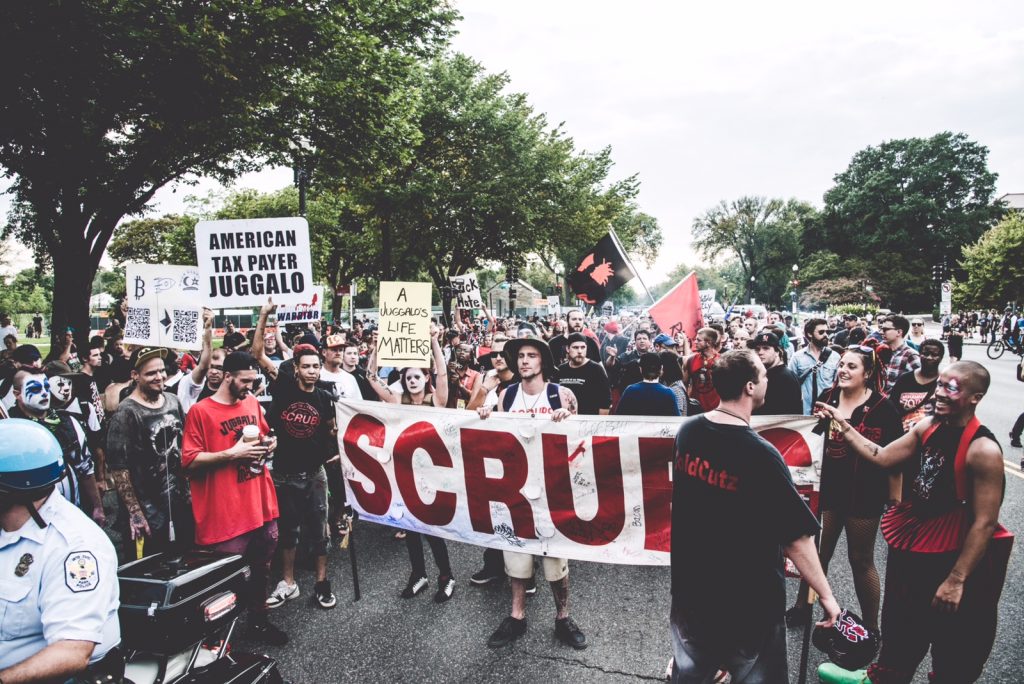 People march during the Juggalo March on Washington in Washington D.C. on September 16, 2017. (Photo by Joe Goldberg)

“We are hopeful that this will turn the tide of public opinion about the Juggalo Family and positively affect our ongoing litigation against the U.S. Department of Justice,” the organizers said in a statement on their website.

But they have a long legal fight ahead.

Filed by the ACLU of Michigan in January 2014 on behalf of four Juggalos and two members of Insane Clown Posse, their lawsuit argues that Juggalos were wrongly listed as a “hybrid” gang in 2011 in the Justice Department’s National Gang Threat Assessment Report and suffered harassment as a result.

The case was initially dismissed with the court arguing that the group didn’t have proper legal standing to pursue a lawsuit. The ACLU of Michigan successfully appealed the case in 2015.

The case is set to be heard in the United States Sixth Circuit Court of Appeals on October 11 for oral arguments. According to Michael J. Steinberg, Legal Director of ACLU Michigan, a written decision could come between six weeks to three months after oral arguments.

If the Juggalos win their appeal, they will be one step closer to overturning their gang classification. If they lose, the case is over unless the U.S. Supreme Court agrees to hear the case, Steinberg said. 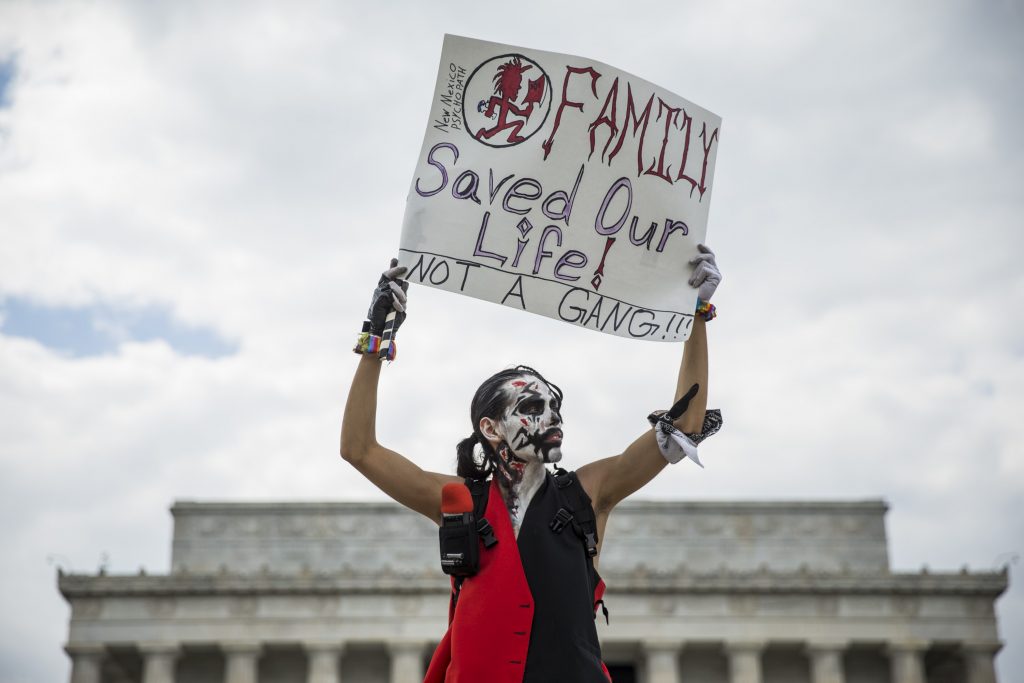 A Juggalo holds up a sign in front of the Lincoln Memorial during the Juggalo March on September 16, 2017 in Washington, D.C. (Photo by Samuel Corum/Anadolu Agency/Getty Images) 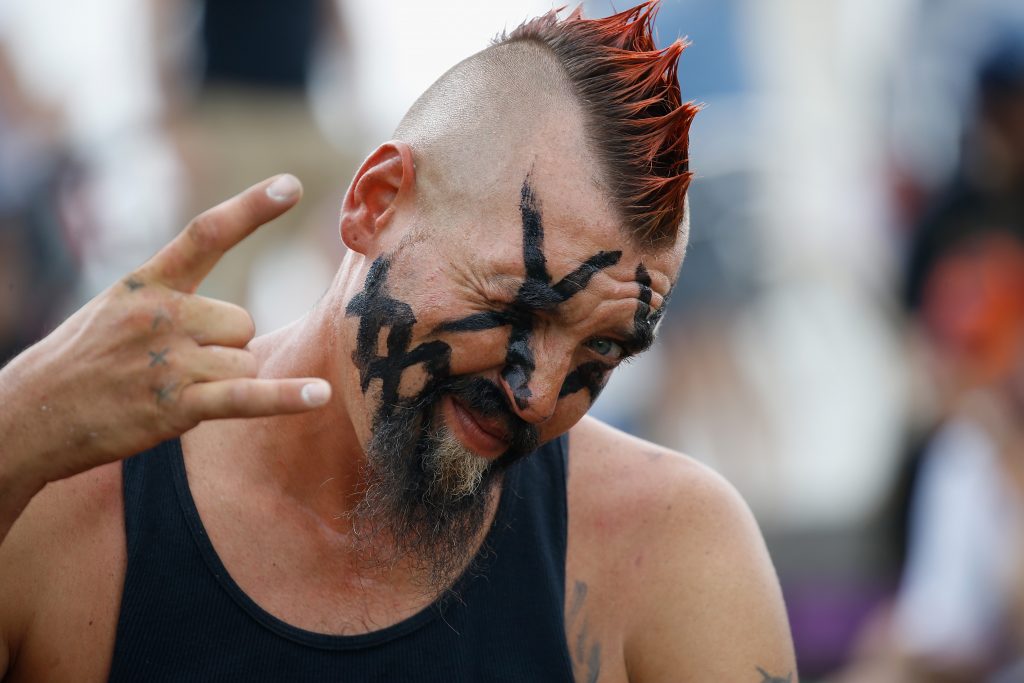 People gather at the Lincoln Memorial on the National Mall for the Juggalo March on Washington on September 16, 2017 in Washington, D.C.. (Photo by John Lamparski/WireImage) 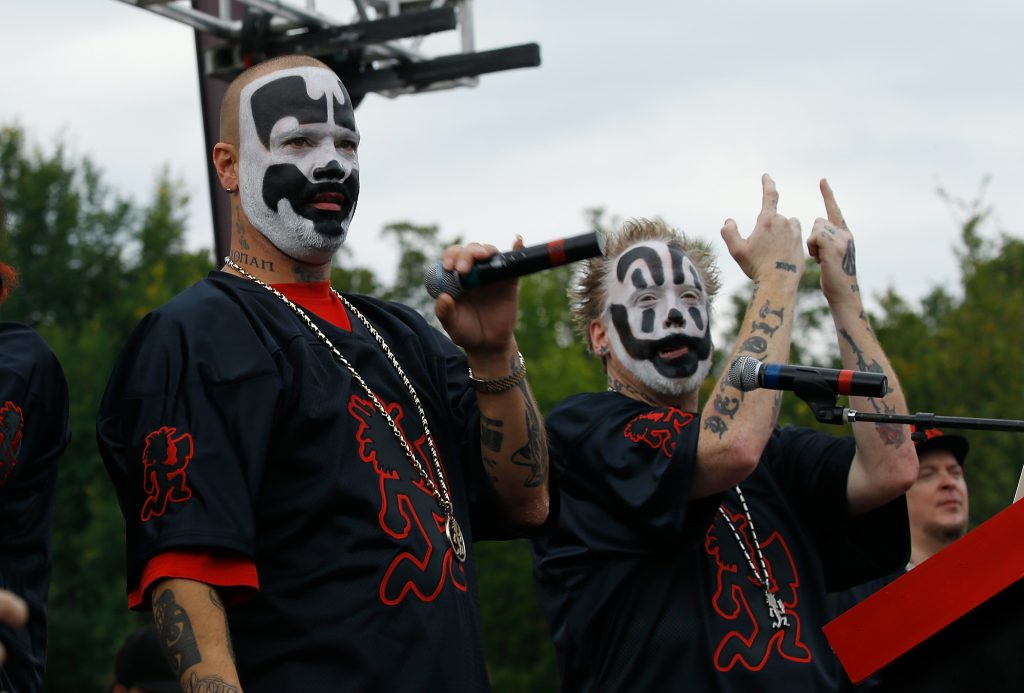 Left: Juggalos, fans of the rap group Insane Clown Posse, gather at the Lincoln Memorial on the National Mall in Washington D.C. on September 16, 2017 to protest the FBI's classification of the group as a gang. (Photo by John Lamparski/WireImage)