Why Agatha Christie is even more awesome than you thought

Today marks the 125th birthday of famed British novelist Agatha Christie, a pioneer of detective fiction best-known for creating enigmatic characters Hercule Poirot and Miss Marple along with suspenseful whodunits like “Murder on the Orient Express” and “The Mousetrap.” But even Christie’s less-publicized accomplishments are impressive. Below, a few highlights that may surprise you.

1. She wrote her first novel on a bet.

Agatha Christie wrote her first novel, “The Mysterious Affair at Styles,” because her sister Madge bet her that she couldn’t. The book was published in 1916 and featured Hercule Poirot, a Belgian detective who would appear in many of her works.

Christie is the first British woman documented to have stood up while riding a surfboard, according to Pete Robinson, founder of the Museum of British Surfing. In 1922, Christie’s first husband, Archie, was helping to organize a world tour promoting the British Empire Exhibition, an event celebrating British imperialism that ran during the summers of 1924 and 1925 in Wembley Stadium in north London. While in Cape Town, the two took up surfing. They later traveled to Australia, New Zealand and Hawaii, where Christie stood up on her board for the first time. She wrote about the experience in her autobiography:

“I learned to become expert – or at any rate expert from the European point of view – the moment of complete triumph on the day that I kept my balance and came right into shore standing upright on my board!”

3. She was a part-time archaeologist.

In 1928, Christie became interested in archaeology and toured a dig led by archaeologist Sir Charles Leonard Woolley at Ur, an ancient Mesopotamian city, in Iraq. She was invited back the following year, when she met her second husband, archaeologist Max Mallowan. Christie learned to help out and assisted on several of Mallowan’s digs while also reserving time for writing. 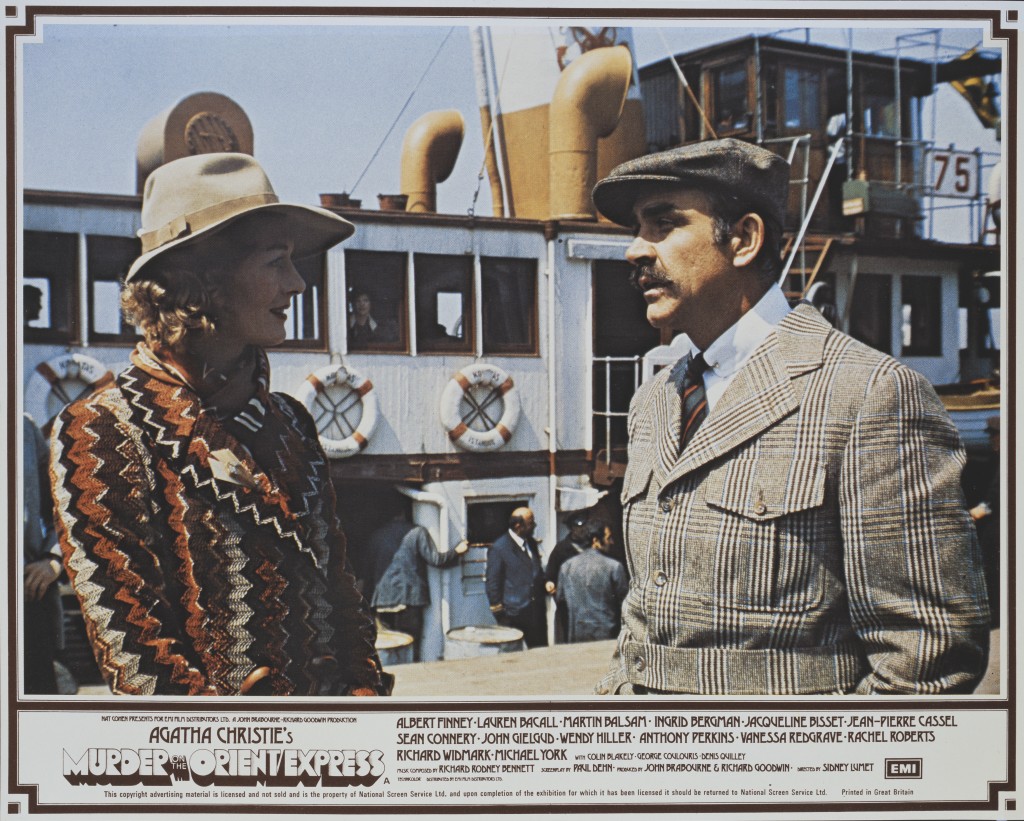 Actors Sean Connery and Vanessa Redgrave appear on the poster for the film “Murder On The Orient Express” (1974), based on the 1934 novel by Agatha Christie. Photo by Movie Poster Image Art/Getty Images

4. She was an expert on poisons.

Christie’s novels are known for their descriptions of poisons, with more than 80 people having fallen victim to poison in her stories. In “The Pale Horse,” she described the symptoms of thallium poisoning so well doctors were able to use it to identify and cure a real case.

Christie learned about poison while working as a nurse and pharmacy dispenser during World War I. She addressed her preoccupation with poison while writing about her first book “The Mysterious Affair at Styles” in her autobiography. “Since I was surrounded by poisons, perhaps it was natural that death by poisoning should be the method I selected,” she wrote.

5. She’s second only to Shakespeare in popularity.

Christie is widely acknowledged to be the best-selling author in the world after Shakespeare. Her books have sold more than two billion copies and translated into more than 103 languages.

6. Her characters received the star treatment.

The New York Times ran a full-page obituary for Hercule Poirot on Aug. 6, 1975, shortly before “Curtain: Poirot’s Last Case” was published. The first paragraph read, “Hercule Poirot, a Belgian detective who became internationally famous, has died in England. His age was unknown.” It is the only time the paper has published an obituary for a fictional character.

7. She wrote the world’s longest-running play.

Christie is the author of “Mousetrap,” the world’s longest-running play. First performed in 1952, the play is still running on the at the St. Martins Theater in London. Its run exceeds that of the longest-running Broadway show, “Phantom of the Opera,” which opened in 1988 and continues today at the Majestic Theatre. She was also the first female playwright to have had three plays running on the West End simultaneously.