WASHINGTON — It’s a rare honor for an artist to receive accolades from the president, let alone have him sing one of your tunes.

Now Al Green can claim both, knowing that President Barack Obama is a fan. Green is among five artists receiving this year’s Kennedy Center Honors, the national awards for influencing American culture through the arts, the center announced Thursday.

Tom Hanks, Sting, Lily Tomlin and ballerina Patricia McBride will also receive the honor. They will be saluted by top entertainers in a performance Dec. 7 and a reception at the White House. The show will be broadcast Dec. 30 on CBS.

A look at this year’s honorees:

Al Green, 68, born to sharecroppers in Arkansas, first made his name touring the gospel circuits of the South. Now he’s one of the defining voices of Memphis soul. His songs have been covered by Annie Lennox, Dave Matthews and Bruce Springsteen. 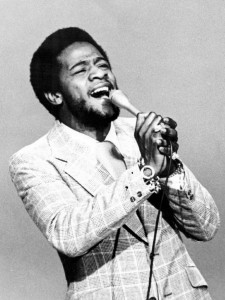 Photo of singer Al Green from an appearance on the Mike Douglas Show. Photo via Wikimedia Commons

“I don’t know if there’s anybody who sings quite like I do,” he told The Associated Press. “No, no, one person: the president. Yeah, he sings better than me.”

If only he could get Obama to sing one of his songs again, as the president famously has with a few lines from “Let’s Stay Together,” Green said “our record sales would go up like, ‘Bam.'”

The legend has sold more than 20 million albums and won 11 Grammys. His hits include “Take Me to the River,” ”You Ought to Be with Me” and “Here I Am (Come and Take Me).” Green’s sound reflects different parts of America, he said.

Sting, 62, is one of the few Brits to receive the honor, and that is a badge of pride for the singer. 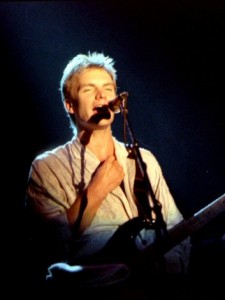 Sting performing in Norway in 1985. Photo via Wikimedia Commons/Helge Øverås

“The music that awakened me as a child, that inspired me to become a musician, that spoke to me, was essentially American music,” he told the AP. “So, to make that journey from my hometown in the Northeast of England … and then be welcomed by America and then given this award in Washington, D.C., with the president present is an extraordinary thing.”

It was his mother’s record collection that first turned Sting on to music. She had albums from Elvis Presley, Rodgers and Hammerstein show tunes and rock n’ roll.

Now Sting is working on a Broadway show, “The Last Ship” about the shipyard hometown of his youth. It opened in Chicago in June and will transfer to Broadway in October.

Lily Tomlin, 75, said she was astounded to learn she will receive the honors. The Detroit native originally went to college to study medicine. 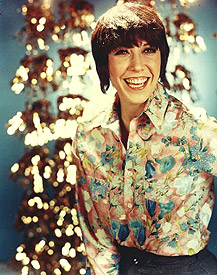 “It was like a role I was playing for a couple of semesters,” she said. “I’ve been putting on shows since I was a little girl on the back porch … and always imitating the neighbors or imitating my mom and dad.”

Shortly after moving to New York as a waitress, the budding comedian made her television debut on “The Garry Moore Show” in 1966 and within a few years joined the cast of “Rowan & Martin’s Laugh-In” with her popular characters of Ernestine, the telephone operator, and Edith Ann, a little girl. She would go on to produce comedy specials and premiered on Broadway in shows written by her partner of 43 years, Jane Wagner.

In the movies, Tomlin appeared in Robert Altman’s “Nashville” and “9 to 5” with Jane Fonda and Dolly Parton. On TV, she had roles in “Murphy Brown” and “The West Wing,” among others. Now she is working on a Netflix series, co-starring with Fonda in “Grace and Frankie.” 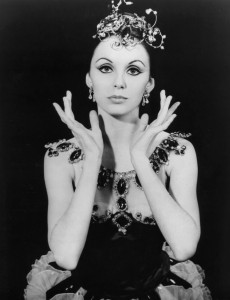 Photo of Patricia McBride, who was part of the original cast for George Balanchine’s ballet, “Jewels,” first performed in 1967. Photo via Wikimedia Commons/New York Ballet Theater

Patricia McBride, 72, joined the New York City Ballet at 16 after studying under George Balanchine and quickly became the company’s youngest principal dancer at 18. It’s a role she would hold for 28 years.

“It’s given me a life that I never dreamed possible,” she said. “You know, I’ve seen the world through the theaters of the world.”

She said she’s most proud of every new work she was able to perform by Balanchine because “there will never be another Balanchine.” The famed choreographer was among the first Kennedy Center honorees in 1978.

Tom Hanks, 58, has been called the “everyman” actor who was named the most trusted person in America in a 2013 Reader’s Digest poll. He started in theater at California State University before dropping out to move to New York City to pursue acting. 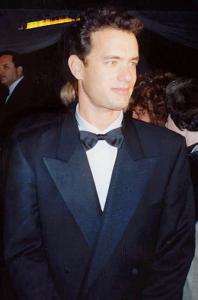 By 1984, Ron Howard had cast him in “Splash” with Daryl Hannah, and Hanks would go on to roles in “Big,” ”Philadelphia” and “Apollo 13.” His artistic relationship with Steven Spielberg led to starring roles in “Saving Private Ryan” and other hits. They are currently filming a Cold War spy thriller for release next year.

In a statement, Hanks said he was stunned to receive the honors.

“I am a fortunate man in that I love the work I do,” he said, “a luck I share with the other honorees whom I look forward to meeting, if only to ponder the question, ‘How did we get here?'”

Left: Soul singer Al Green is among the five artists receiving this year's Kennedy Center Honors, national awards that acknowledge people who have made significant contributions to the American arts and culture. Photo by Flickr user kata rokkar