Albert Maysles, the award-winning documentary filmmaker who helped pioneer a new set of documentary conventions, died Thursday night at his home in Manhattan. His death was confirmed by family friend K. A. Dilday.

Maysles, who made films with his brother David, is best known for his for his cinema verite documentaries “Grey Gardens,” “Gimme Shelter” and “Salesman.”

The filmmaker was born in Boston on Nov. 26, 1926, but later moved with his brother and his parents, a postal clerk and a school teacher, to Brookline, Massachusetts. Maysles claimed that he developed strong listening skills thanks to his experience growing up with a learning disability.

He studied psychology at Syracuse University and received a master’s degree from Boston University, where he taught psychology for three years.

That grounding in mental health helped him during the creation of his first film, “Psychiatry in Russia” (1955), which he made on a trip to the Soviet Union. (Watch the full 13-minute film)

Upon his return, Maysles showed the film to Eleanor Roosevelt. She was leaving for Russia in a few weeks and asked him to join. Unfortunately, the equipment at the time was too unwieldy and he wasn’t able to travel with Roosevelt. Maysles shared the story of his almost-trip with Roosevelt with chief arts correspondent Jeffrey Brown in 2009. (Listen to the full interview).

However, over the years, technological advancements allowed Maysles to create more documentaries in his unique and pioneering style. 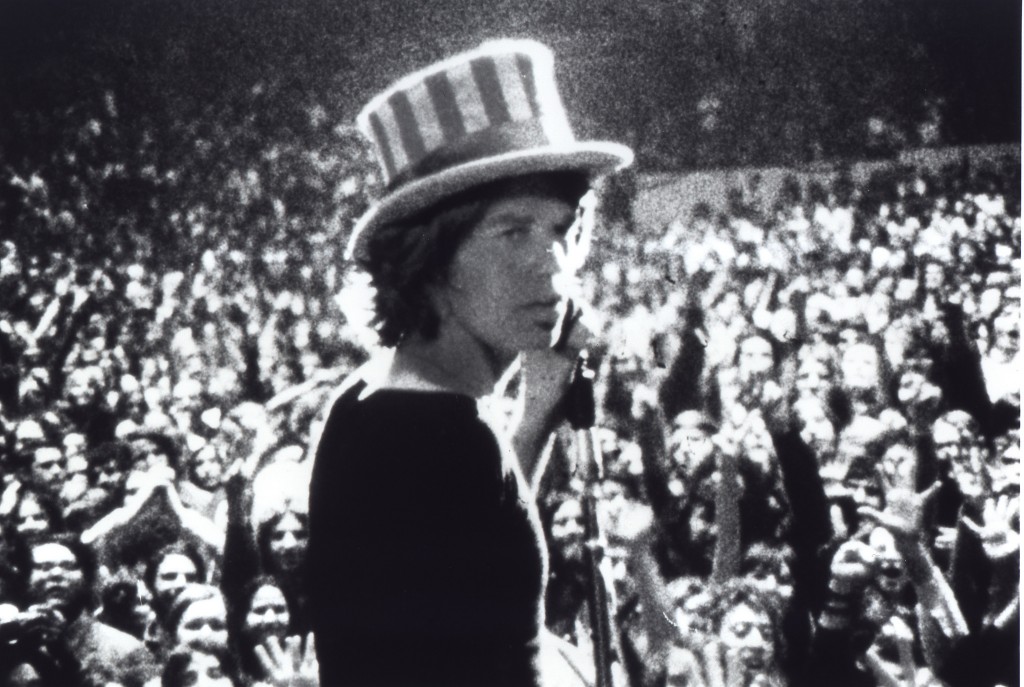 Mick Jagger of the Rolling Stones is pictured in the 1970 documentary film “Gimmie Shelter” by filmmakers David and Albert Maysles.

“I think getting close to people, not staging anything, not relying on narration or a host, just letting things speak for themselves. That’s the way it began and that’s the way it is today,” Maysles told Brown in 2009. “It was so exhilarating to be able to tell a story so accurately without imposing oneself on what’s taking place.”

In 1962, the brothers established Maysles Films and together created several well-received documentaries. To support that documentary work, they produced television commercials for IBM, Merrill Lynch and other large corporations.

In 1968, the Maysles brothers created “Salesman,” a documentary following four door-to-door salesmen selling Bibles to people who could not afford them. In 1970, they produced, “Gimme Shelter,” which chronicled the Rolling Stones’ 1969 American tour and included footage of a fan who was stabbed to death during a concert in California. (Watch clips from “Salesman” and “Gimme Shelter”).

In 1975, the Maysles brothers released “Grey Gardens,” which captured the lives of cousins of Jacqueline Kennedy Onassis, Edith Bouvier and her daughter Edith Bouvier Beale, who were living in their decaying East Hampton house. The documentary later became the basis for a musical which won two Tony Awards in 2007. The musical was then turned into an HBO film, which won six Emmy Awards, including best television movie and best lead actress. (Watch a clip from “Grey Gardens”). 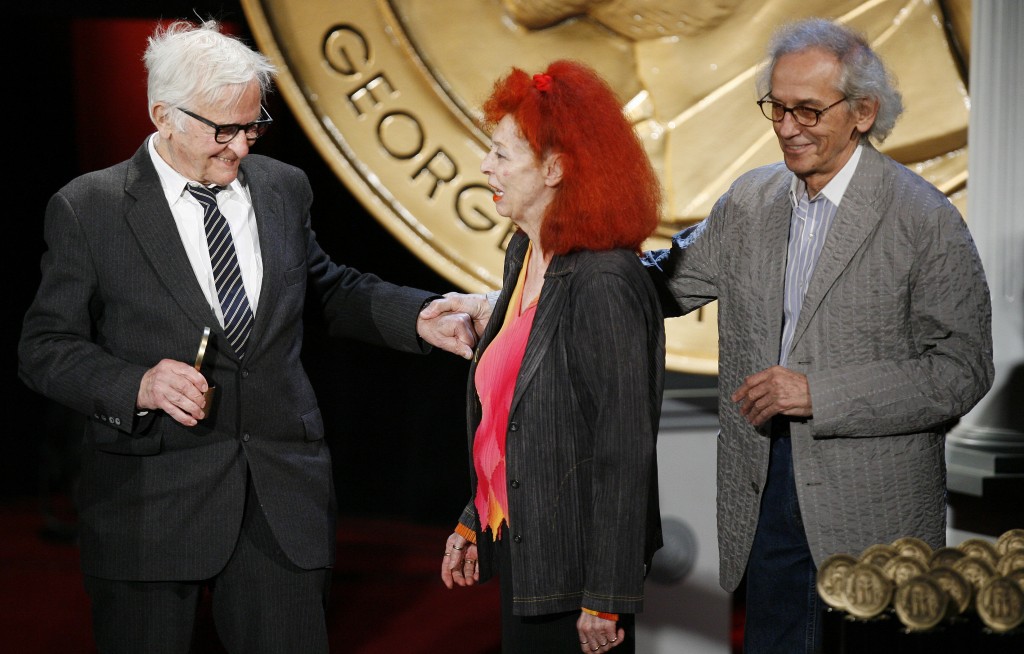 Director Albert Maysles, left, thanks artists Christo, right, and Jeanne-Claude after accepting a Peabody for a documentary about the art installation “The Gates” during the 68th annual George Foster Peabody Award ceremony in New York May 18, 2009. Photo by REUTERS/Lucas Jackson

The Maysles’ films were primarily seen on TV and two of their documentaries won Emmy Awards, “Vladimir Horowitz: The Last Romantic” (1985) and “Soldiers of Music” (1991). In 1987, David died of a stroke and Albert brought a third director on to finish “Soldiers of Music.”

Albert won another Emmy in 1992 for “Abortion: Desperate Choices,” which he co-directed with Deborah Dickson and Susan Froemke. The filmmaker also received an Oscar nomination for best documentary short for “Christo’s Valley Curtain” (1974), one of six films that Maysles created about the work of the large-scale installation artist Christo and his wife, Jeanne-Claude. (Watch a clip from “Christo’s Valley Curtain”).

Maysles was a productive filmmaker well into his late 80s. In July, he received a National Medal of Arts from President Obama. In October, his most recent documentary, a portrait of interior decorator Iris Apfel titled “Iris,” was presented at the New York Film Festival. (Watch the trailer for “Iris”). The Tribeca Film Festival also recently announced that in April it will host the world premiere of “In Transit,” a film Maysles co-directed about the Empire Builder, a long-distance train route between Chicago, Portland and Seattle.

Maysles is survived by his wife of 38 years, Gillian Walker, and three children, Rebekah, Sara and Philip. He was 88 years old.

Left: Albert Maysles works in his office in New York March 6, 2006. Maysles died Thursday night at the age of 88. Photo by REUTERS/Seth Wenig