Become a member of the “Now Read This” book club by joining our Facebook group or signing up to receive our newsletter. Learn more about the book club here.

Our February book club pick for Now Read This, the PBS NewsHour’s book club with the New York Times, is Shane Bauer’s “American Prison,” an inside look at the private prison industry in the United States.

“American Prison” draws from Bauer’s own experience working undercover as an entry-level prison guard at Louisiana’s Winn Correctional Center while on assignment as a senior reporter for Mother Jones. His book weaves together his own stories of working with Winn corrections officers and prisoners, along with the history of for-profit incarceration in the U.S.

Bauer’s reporting shows how Corrections Corporation of America, the for-profit firm that operated Winn at the time, is part of a controversial legacy of profiting off the labor of disenfranchised convicts. CCA, the first private prison company in the U.S., reported nearly $2 billion in revenue the year Bauer worked there, he says in the book. 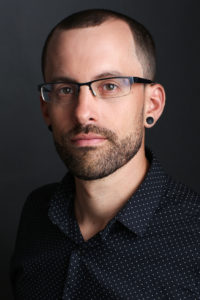 Bauer’s own experience as a prisoner sparked his interest in the American carceral state. He was held on charges of spying for two years in an Iranian prison after being seized while hiking in Iraq’s Kurdistan region. Bauer and his friend Joshua Fattal were released in 2011.

The New York Times Book Review critic Nate Blakeslee called “American Prison” a “page-turning narrative” that looks not only at “the fascinating back story of CCA,” but also “the history of corrections as a profit-making enterprise.”

“[Bauer’s] survey of profit-driven incarceration begins in the mid-19th century and strikes a familiar theme, that mass incarceration in the South was simply slavery by another name,” Blakeslee writes. “But Bauer adds new details, especially about the history of convict leasing, in which entire prisons — filled mostly with African-American inmates — were rented out to individuals or companies to provide a captive work force.”

“American Prison” was named one of The New York Times Book Review’s 10 best books of 2018. It won the 2019 J. Anthony Lukas Book Prize and the RFK Book and Journalism Award, as well as the Helen Bernstein Book Award for Excellence in Journalism.

Bauer will join us at the end of February to answer your questions about “American Prison.” We hope you’ll read along.