For this scientist, brain tumors are an artistic inspiration

The words “brain tumor” do not normally conjure up the image of a gallery wall awash in lavender.

But that’s the surprising beauty of “Connecting Narratives,” artist Dr. Immy Smith’s project to bring new attention to brain tumors and the dangers they pose.

Smith, who studied biomedicine before earning a doctorate in pharmacology, is a artist-in-residence at the Brain Tumour Research Centre at the University of Portsmouth in the U.K. There, she worked with the lab scientists to develop an exhibition visualizing the often-unseen issue of treating brain tumors. 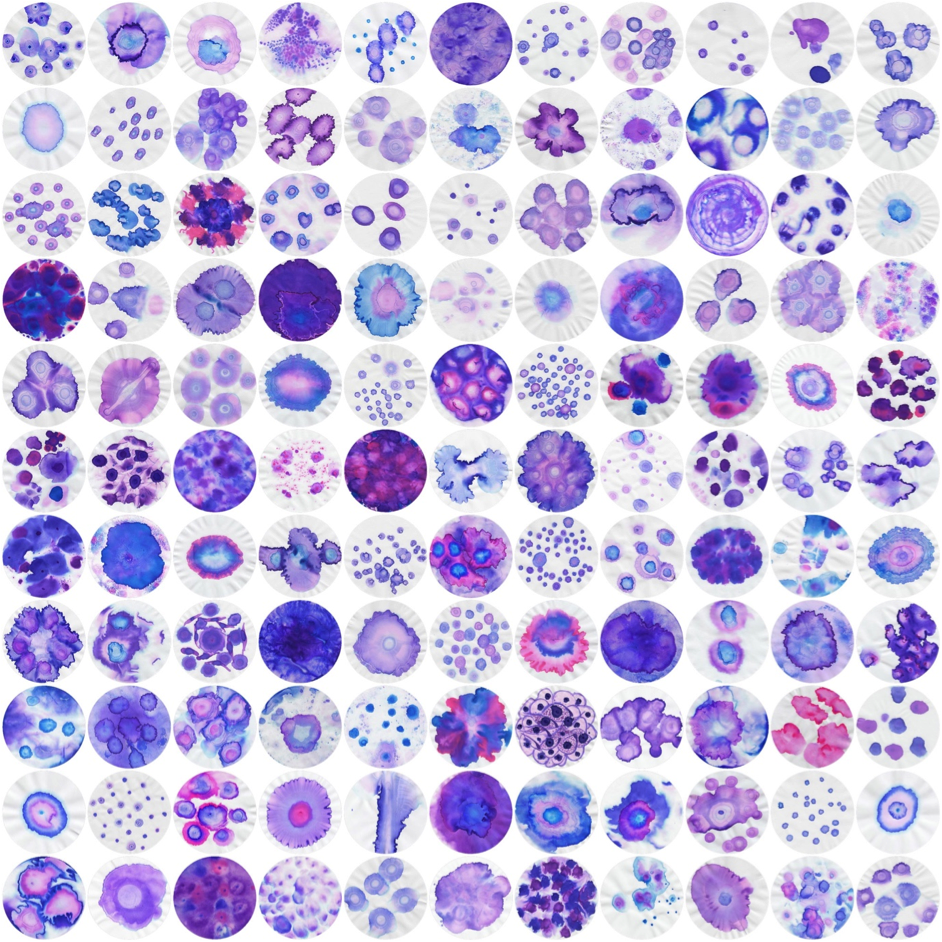 The exhibition, currently on view at the Aspex Gallery in Portsmouth, consists of two parts. For the first, Smith created 121 paintings to represent the more than 120 types of brain tumors that exist. She used two colors meant to symbolize the two types of cells, neural and glial, from which brain tumors can arise. “Just as you can make many patterns from just two colors of ink by blending them in different ways or in different amounts, there are many types of brain tumors arising from differential expression of genes in just two cell types,” she said.

Then, she created large-scale ink drawings to which visitors can add their own lines using white-board markers. Both pieces comment on the complexity of brain tumors, providing a visual reminder of why they are so difficult to treat, she said.

“They’re really devastating diseases. They’re one of the only cancers that can directly affect your cognition and personality,” she said. “There’a lot of really unique challenges that apply to brain tumors.” 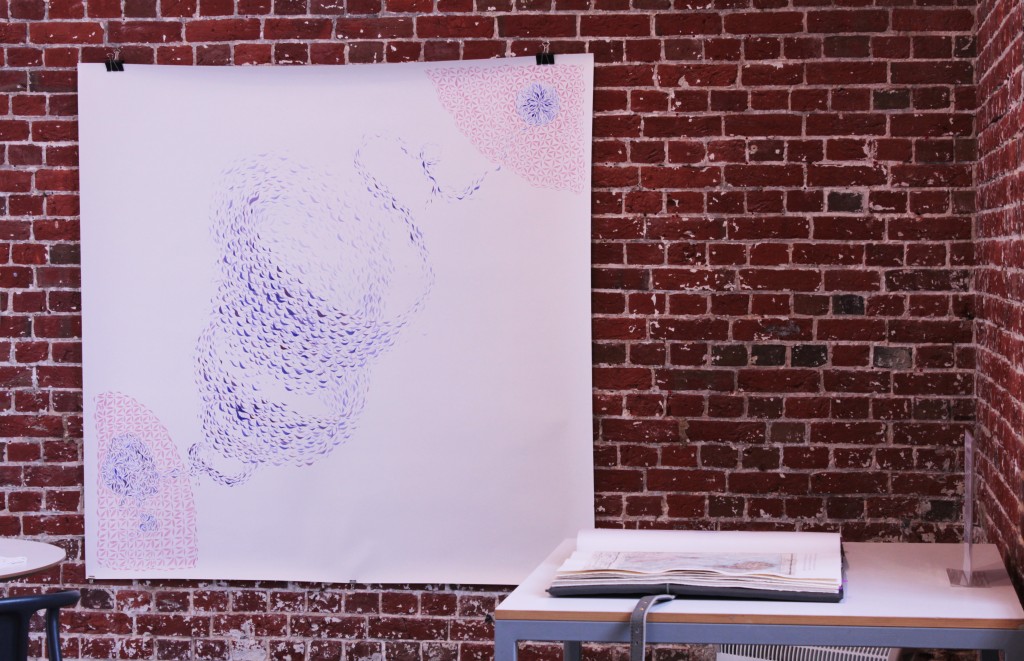 For the second part of the project, Smith conducted interviews with seven patients, a process for which she sought approval from an scientific ethics committee at Portsmouth University. “We treated asking for people’s memories the same way we would asking for a blood sample or a tissue sample,” she said. “We were very rigorous.”

Smith produced a large book consisting of their different stories. She offered anonymity to anyone who participated, but everyone chose to speak on the record. “Nobody wanted to remain anonymous. All the patients wanted their stories shared,” she said. 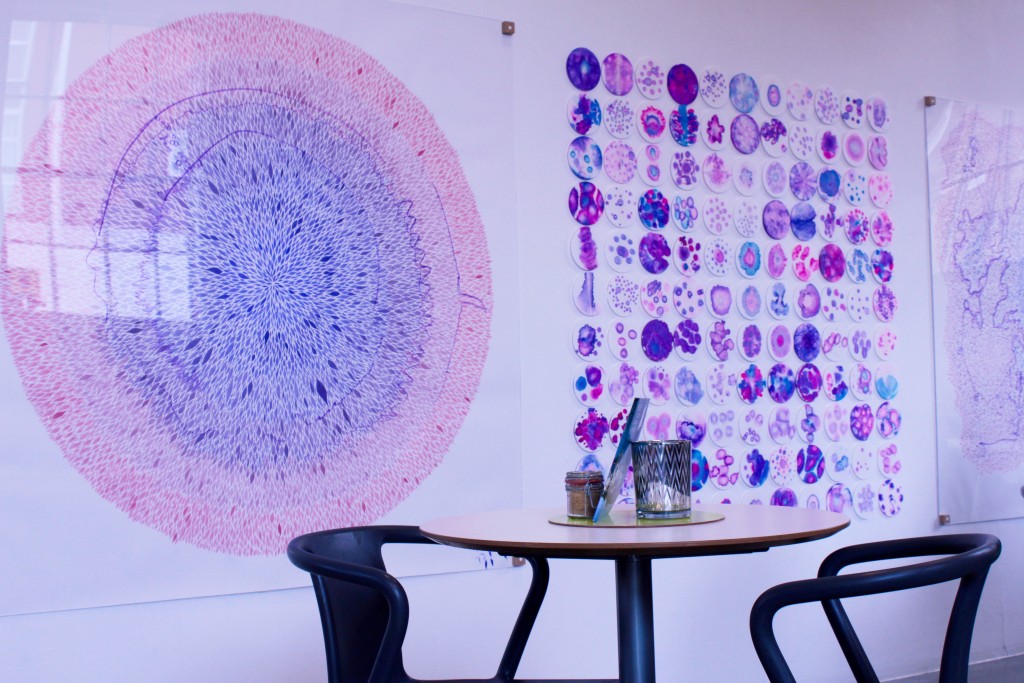 Brain tumors are the ​top cause of cancer-related mortality​ among adults under 40 in the U.K. That’s a fact that surprises a number of people, Smith said. “There isn’t a great deal of public awareness of brain tumors in the same way there is of breast cancer,” she said.

Smith hopes to change that by addressing the subject visually, drawing in viewers who would otherwise think of brain tumors as a distant medical concept.

“I think one of the things that art can really bring to science is overcoming a lot of the jargon and the fear people have of all those long words and make it more accessible,” she said. “We can tackle these problems more fully with both art and science, when we use all the faculties available to us.”

“Connecting Narratives” will appear at the Aspex Gallery in Portsmouth, U.K, through April 1.