Amy Franceschini creates collaborative art that she hopes will confuse the viewer so that they are more open to discovery. Video produced by Joel Wanek, Matthew Williams, Kristin Farr and Sofala Ntweng Knapton, KQED.

For one week in 2011, North Philadelphia residents could spot a windmill atop the roof of a formerly abandoned building. The windmill, though small, provided just enough energy to illuminate the pop-up installation downstairs. Test tubes of soil floated in the window of what was advertised as “Soil Kitchen,” a place where you could get your soil tested for free. And, while you waited, eat soup. There were also workshops on how to detoxify soil and how to turn bike parts into windmills.

The pop-up shop was created in part by Amy Franceschini, a San Francisco based artist whose practice includes drawing, sculpture, design, net art, public art and gardening. She is also part of Futurefarmers, an international collective of artists, bakers, architects and other builders. 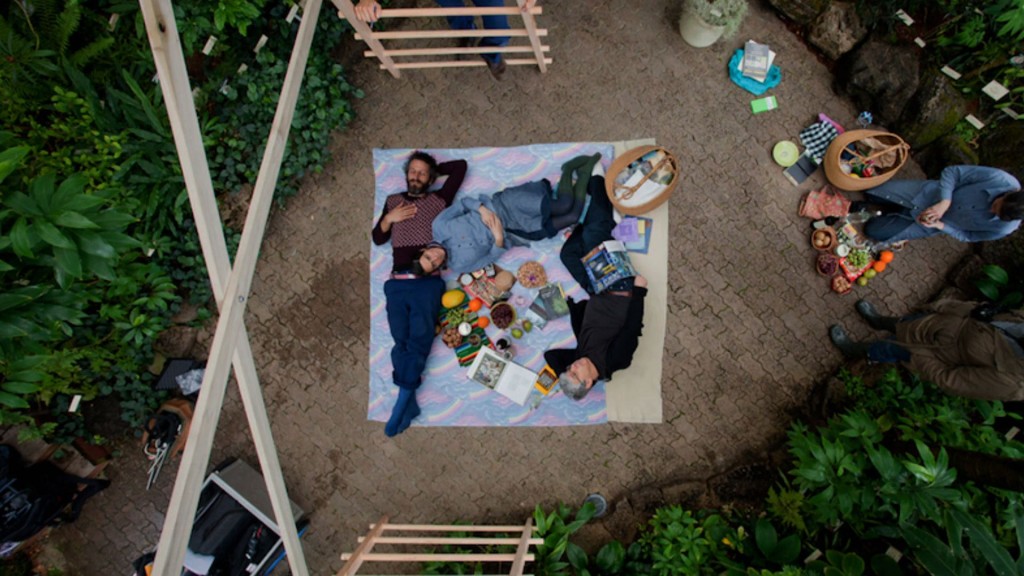 “Variation on the Powers of Ten,” Berkeley, California, 2011.

“Right now, my interest is really in making things that confuse and where you don’t have a language to understand it,” Franceschini said. “I, and Futurefarmers, are really interested in created work where you feel like you don’t know what’s going on and in that moment of not knowing, you’re more open or you might be frustrated, but that a different kind of questioning starts to happen.”

Franceschini is concerned with notions of community, sustainable environment and the relations between humans and nature. In this episode of KQED Art School we hang out with her in her San Francisco Mission District studio that also serves as the headquarters for Futurefarmers. 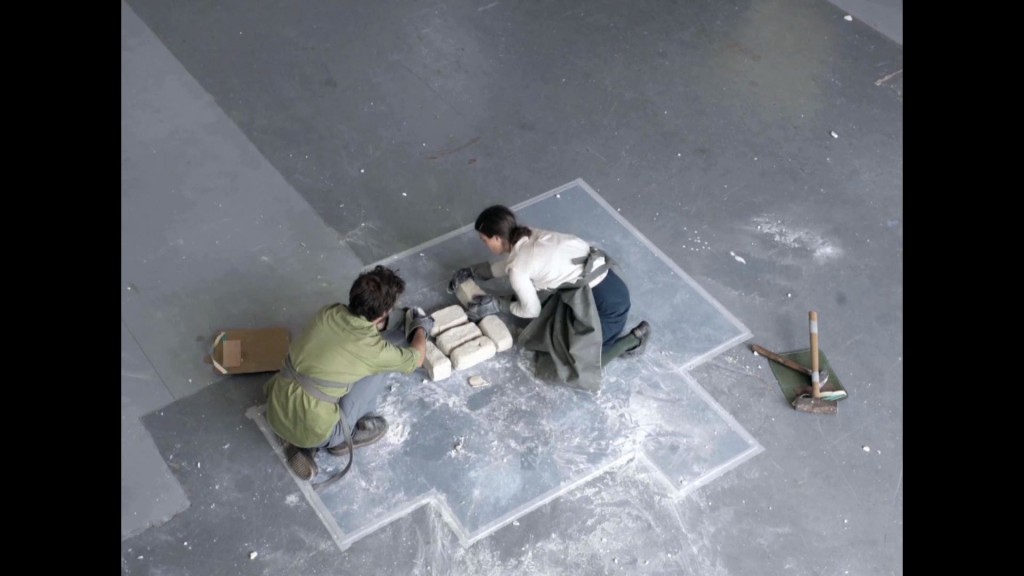 “We have a commitment to each other to do work that challenges us to move beyond a skillset, practice a new knowledge base or learn something together,” Franceschini said.

Listen in as she talks about working collaboratively and making work that encourages dialogue and exchange.