Artist layers ads and vintage cartoons like a decaying billboard

Greg Gossel approaches a wall-sized piece of primed canvas. With a giant brush dipped in house paint, he quickly dashes off some streaky boxes. Then comes a can of orange spray paint, which he waves around as he walks closer to the surface. But his work is not all Jackson Pollock craziness — he’s building a kind of grid.

“I just like mixing all these mediums and actually trying to go as fast as I can and layer them while they’re wet. You start to get some interesting textures,” Gossel said. “At times I like parts to be chaotic, but there’s always a structure.” 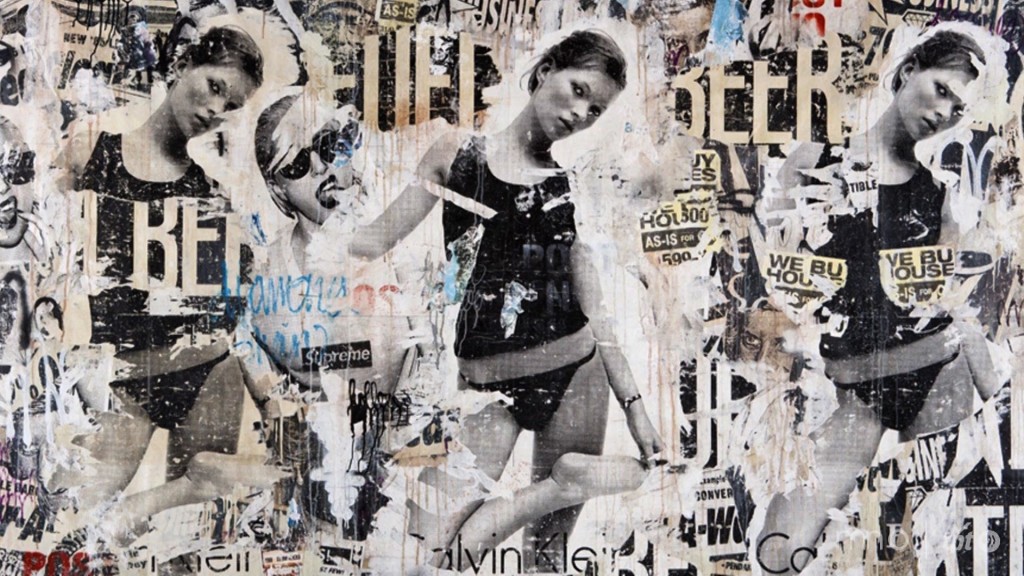 “I like to keep things spontaneous in a controlled way and when I see bits that are working, I kind of harness those elements and continue to work through other parts until I’m satisfied with the piece,” Gossel said.

Gossel’s work ranges in scale and material, pulling on pop culture icons and labels such as Kate Moss, Princess Diana and Louis Vuitton. With comic books and old advertisements, he creates layers and layers that give a sense of “urban decay,” as he put it.

“When the piece is finished, you start to get that depth of an old advertisement, where 15 advertisements have been layered on and bits and pieces have come away over time,” Gossel said. “It’s continuing this general theme of the constant bombardment of advertisement, things we’re all subject to on a daily basis and kind of mixing that all up, presenting it in a new way, and letting the viewer interpret.”