When a student preparing for an audition needed a monologue from a trans character, Emmy-nominated writer Leigh Fondakowski wondered why that would be so hard to find.

After Fondakowski sent a monologue from her play, “I Think I Like Girls, she asked K. Woodzick, a genderqueer actor and director, if a database of monologues for trans and non-binary people (who do not identify with male or female) existed.

Woodzick, who uses the pronoun “they,” said, “If there’s not one, I will create one.”

“In the two weeks since the site has gone live, over 1,200 unique visitors have visited it,” they recently wrote. The site includes monologues “from non-binary, gender fluid, genderqueer, asexual, trans masculine and trans feminine characters.”

In one monologue authored by Sam Mueller, a character describes their experience with gender fluidity:

Listen,
Some mornings I wake up
and I feel caught in the middle
feel the she, her, hers, and the he, him, his
waging a war in my gut
telling my they and them and theirs that they must choose
that the middle is just muck

Some of these monologues explicitly explore gender, while others don’t. The submission guidelines ask only that the monologues be written for non-binary actors.

“It was important for me to really just really increase the range of options for non-binary actors,” Woodzick told the NewsHour Weekend. “It’s super helpful to have a broader range of options that are accessible so they can find that piece that’s really going to make them shine in an audition.”

In the past several years, trans and non-binary characters have gained more of a foothold in mainstream television, film and theater, following decades of work and activism by trans actors in alternative theater and experimental media. As these stories have drawn national attention, they have also brought a debate about how theatrical institutions are supporting trans and non-binary actors themselves as their stories reach the country’s largest stages.

Buoyed in part by the popularity of shows like “Orange is the New Black,” which features actress Laverne Cox, and Jill Soloway’s “Transparent,” in which a trans woman is the main character, stories about trans people have proliferated on film. 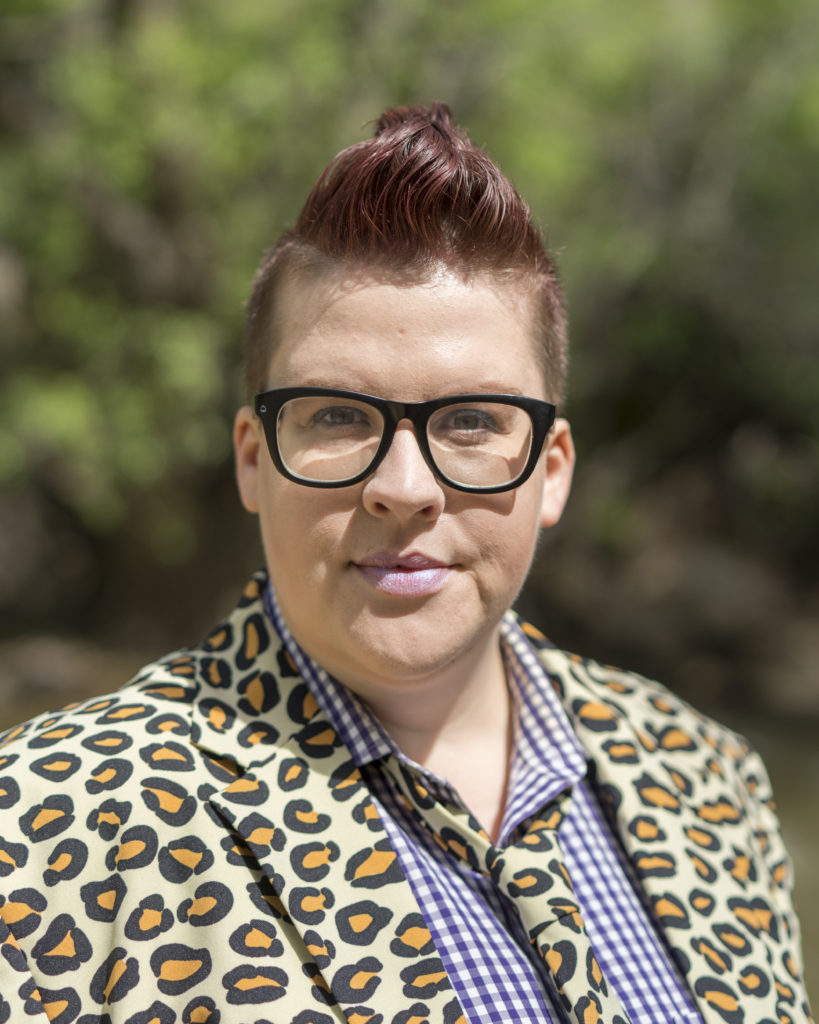 While trans activists have celebrated this growth, they have also protested the portrayals of many of these roles. In 2012, GLAAD looked at 102 “episodes and non-recurring storylines” on television that featured trans characters since 2002 and found that 54 percent contained negative portrayals.

The casting of male actors as trans women has also drawn criticism. Two recent examples came with the films “Dallas Buyers Club” and “The Danish Girl,” both of which featured male actors playing trans women. Advocates have also argued that this casting style cuts down on roles for trans actors, who have faced limited opportunities compared to their counterparts.

Writer and editor s.e. smith wrote in the Guardian that, “By casting cis men in trans roles … studios, producers and directors engage in active transphobia, dredge up stereotypes about ‘real women,’ and support the notion that trans women are just men in dresses.” (Eddie Redmayne, who starred in “The Danish Girl,” pointed in interviews to extensive research that he did for the role.)

This debate has also extended to live theater as more productions feature queer and transgender stories.

In December 2015, after New York City’s Public Theater announced casting for “Southern Comfort,” which features multiple trans characters, genderqueer theater artist Taylor Edelhart wrote an open letter criticizing the fact that only two roles were filled by trans people. In response, the Public Theater held a forum on transgender representation in theater, but did not recast the show.

“It’s a really interesting moment where the theater is both opening up and going through, I think, a period of growing pains, where we’re trying to figure out what this next phase of inclusion of these stories means,” Fondakowski said.

Other directors in film and theater have created classics such as “Rocky Horror Picture Show” — whose writer, Richard O’Brien, has described himself as “third sex” — to “Hedwig and the Angry Inch,” exploring the stories of characters whose experience of gender are more fluid. 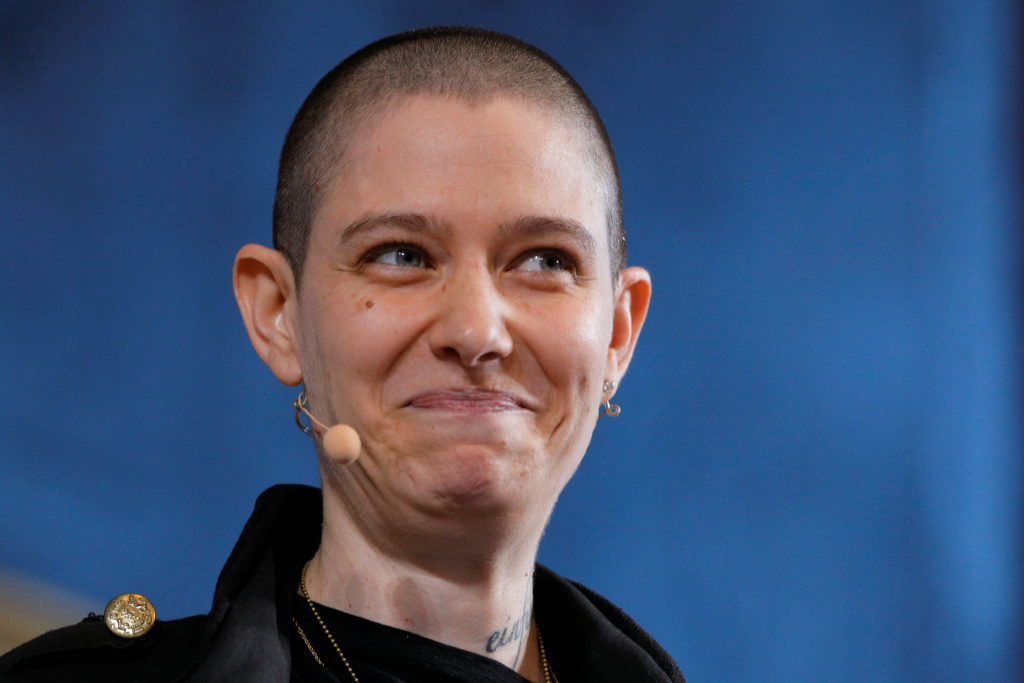 Actor Asia Kate Dillon speaks at the 2017 Forbes Under 30 Summit in Boston, Massachusetts, on Oct. 2, 2017. Photo by Brian Snyder/Reuters

But more recently, non-binary people have celebrated the character of Taylor on the show “Billions,” which Variety called “the first major non-binary role on American series TV.” Asia Kate Dillon, who plays Taylor, is non-binary and has challenged award shows’ categorization of roles as male and female.

And a storyline in the most recent season of “Transparent” focused on the character Ali’s Pfefferman’s journey toward identifying as non-binary, elements of which reflect Solloway’s own experience.

The growth in visibility has coincided with a national movement for greater recognition of the non-binary community. In 2015, an Oregon court granted a resident a legal gender change to “non-binary,” the first court order of its kind in the country. The following year, Oregon’s Department of Motor Vehicles decided to allow residents to select an “X” on their driver’s licenses instead of “M” or “F,” a move that non-binary advocates celebrated. It was followed by Washington, D.C., and California, where that decision was the result of a vote by the state legislature.

It is crucial to support non-binary actors amid these developments, Woodzick said.

Going forward, they said they want to expand the database to include classical monologues. When it comes to older pieces, “we’re pretty locked into what exists already,” but can hopefully select monologues that would work well for non-binary actors, they said.