Desmond Richardson is dancing alone on stage to the poems by Maya Angelou, in song. Richardson, the the first principal African American dancer with the American Ballet Theatre (ABT), makes full use of the stage, hitting the notes precisely; with minimal staging and performers, he’s able to the tackle big subjects, such as injustices of gender and race.

The performance, “IMPRINT/MAYA,” is just a glimpse into the vast ambitions of a two-hour program curated by Misty Copeland, the first African American woman to be promoted to an ABT principal dancer, and Justin Peck, New York City Ballet’s resident choreographer, for the Kennedy Center series Ballet Across America, a biennial showcase of innovation and diversity in ballet in Washington, D.C.

Usually, the Kennedy Center curates this program on their own. This year, they handed control to Copeland and Peck, who chose to showcase choreographers who have spent their career advancing diversity in dance and the arts.

“American ballet is this exquisitely intricate melting pot of different techniques and interpretations,” said Copeland, who has broken racial barriers in ballet and also challenged norms with her curvy physique, in a statement.

The Black Iris Project, a troupe dedicated to inspiring young people of color to pursue art, was among the performers Copeland chose. The group’s artistic director and choreographer, Jeremy McQueen, said his own experiences being typecast in the dance and theater industry inspired him to create a space for black dancers.

“When I was in Wicked, I was the only black male in the cast and there was this ‘blacktrack’ — that’s the track commonly played by a black male,” McQueen said. “It’s challenging to walk into a room with your peers, and they only want one of you as an African American.” 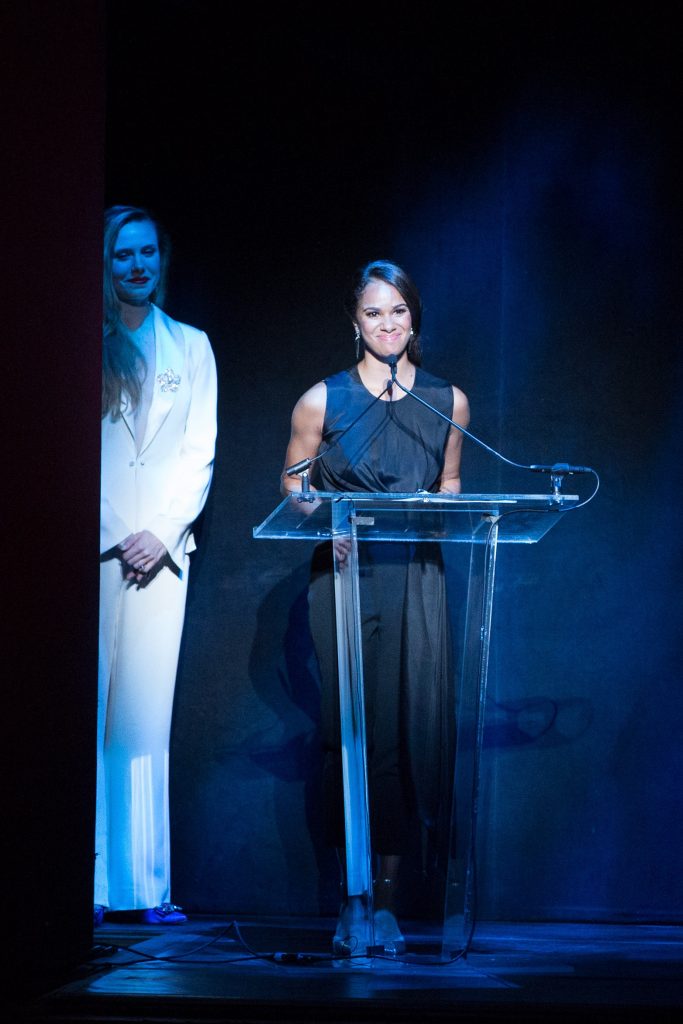 For Ballet Across America, the Black Iris Project performed McQueen’s “Madiba,” a performance which told the story of Nelson Mandela’s life.

“This new turn for a long-running series offered a fine presentation of sporadic gems,” Washington Post dance critic Sarah Kaufman wrote Sunday in her review of performance, which ran for six days at the Kennedy Center in Washington, D.C. before ending this weekend. “They offered a glimpse of new talent for the center’s ballet audiences and gave an opening to a few luminaries who should return.”

In an industry where many choreographers compete to fill the same roles in classic European stories, McQueen said he often looks for lesser-told stories, and works to prepare his students — such as the ones who performed at the Kennedy Center this past week — for the struggles they may face ahead.

“As a minority, whether you’re in ballet or theater there’s typecasting, but that’s why I feel so strongly about mentorship,” he said. “We need it. I feel that I grow even more when I’m surrounded by young people who are inspired. It helps me not be jaded.”

In the spirit of mentorship, McQueen also debuted Garden of Dreams, a performance about the plight of student dancers. The students from the Jacqueline Kennedy Onassis School of American Ballet Theatre are from all over the globe, but are at the same point in their career, moving from student to professional.

Among the other performers featured in Copeland’s program was the Nashville Ballet — dancing to a composition by singer-songwriter Ben Folds — and the Complexions Contemporary Ballet, whose founders Dwight Rhoden and Richardson choreographed and performed “IMPRINT/MAYA.”

“It is really is an interpretation of the words themselves,” Rhoden said. “It’s a very intimate solo but it kind of speaks of authenticity and truth.”

Peck’s program, meanwhile, highlighted the dance company Kyle Abraham/Abraham.In.Motion, also known as A.I.M., which combined elements of hip hop with a wide range of other techniques to the live music.

“American ballet … is ultimately an evolutionary art form, requiring many voices to creatively carry forward,” Peck said in a statement.

“I hope that American ballet will continue to evolve in a way that really embraces who we are as artists and Americans,” she said.