Every Saturday when I was growing up, I gathered my watercolors and paper and painted landscapes along with Bob Ross. Yes, I was that edgy.

Today I watched the first episode of Bob Ross’s show, “The Joy of Painting,” which was just released on YouTube, and for the first time in decades, I felt just as charmed by him as when I was a child. His soothing voice and gentle demeanor encouraged me to paint my very own “happy trees.”

“I think there’s an artist hid in the bottom of every single one of us, and here, we will try to show you how to bring that artist out, to put it on canvas,” he says during his introduction. 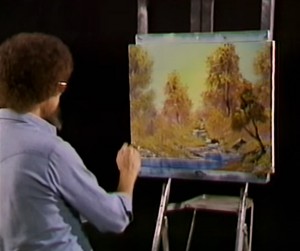 So, I thought I’d try to paint along with Bob one more time, following along with the man himself while watching his show that first aired in 1983 and continues to be broadcast as “The Best of the Joy of Painting” on PBS stations nationwide.

His magic still works. Bob Ross and his zenned-out approach to painting inspired me to pick up a paintbrush and not stop until I filled my canvas with color. As for the quality of my efforts, let’s just say I nailed it.

I’d never painted with oils — or a knife for that matter — before. And on those Saturdays long ago when I watched Bob create rocky mountains and rushing creeks on his almighty easel, watercolors were cheaper than oils and less likely to permanently stain my mother’s wall-to-wall beige carpeting. I followed along as best I could.

In my recent work, I was a “mud-mixer,” despite caution from the master himself. Ross’s footpath riddled with “little rain puddles” turned into a dirty riverwater in my hands. The bushes and grass that “just live right in your brush” turned into blobs of cadmium yellow when I pressed the bristles to the canvas. But after I wrapped up, I felt good. 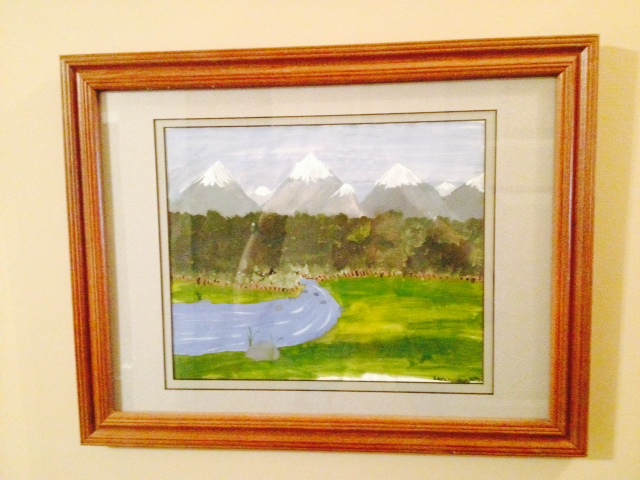 Bob Ross inspired me at age 9 to paint this landscape that still hangs in my mother’s home. Photo courtesy of Deborah Houston

Trying to paint just like Bob Ross was tough, but the moment I grew frustrated, his voice quietly delivered his blessed assurance: “This is your world, your creation.”

Long after Bob Ross died in 1995, he inspired me to try something new, that it didn’t matter if it wasn’t perfect. That happy tree (or dying stump in the woods) was mine and I made it.

That’s how he made painting special. 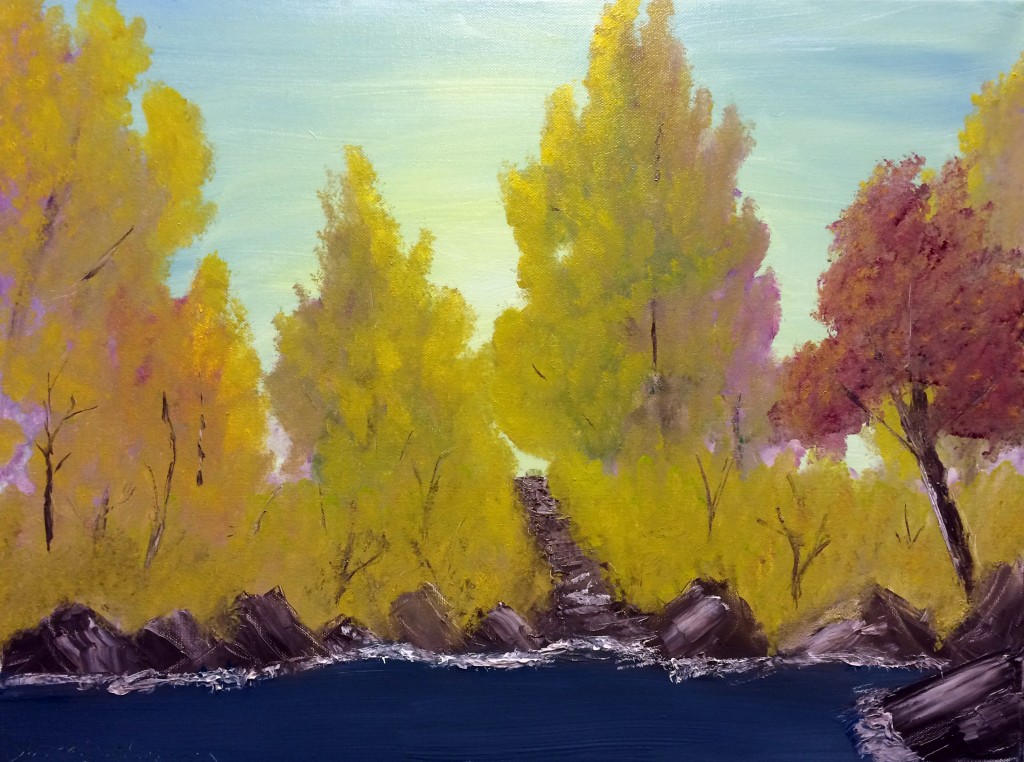 My attempt at “A Walk in the Woods.”

We had so much fun painting along with Bob Ross, we thought you’d love it, too. Take the #BobRossChallenge! Share your #HappyTrees with us, and you might be featured on our website!