An ambitious new initiative across the U.S. is sneaking works of American art into subways, onto billboards and the sides of buses, and into view for a greater audience, without charging admission.

The Art Everywhere U.S. project was organized by five American museums — the Art Institute of Chicago, the Dallas Museum of Art, the Los Angeles County Museum of Art, the National Gallery of Art and the Whitney Museum of American Art in New York — in collaboration with the Outdoor Advertising Association of America. It was inspired by a similar public art program that launched in the United Kingdom in July.

Dubbed the “world’s largest outdoor art show,” it includes as many as 50,000 digital and static displays in all 50 states. The installations feature 58 different classic and contemporary works of American art spanning 230 years that were selected by the public in an online vote this past spring. They range from Edward Hopper’s “Nighthawks” (the top vote-winner) and Andy Warhol’s “Campbell’s Soup Can,” to Mary Cassatt’s “The Boating Party” and Grant Wood’s “American Gothic”.

#ArtEverywhereUS is taking over America, with art displayed in 50,000 public locations. (photo by @AdrienneVogt) pic.twitter.com/rvmTzTNymC

Maxwell L. Anderson, the Eugene McDermott director of the Dallas Museum of Art, hailed the project.

“A vast new audience is now starting to encounter masterpieces of American art, free of charge, as part of their everyday landscape,” Anderson said. “In many ways, American art tells the story of our country.” 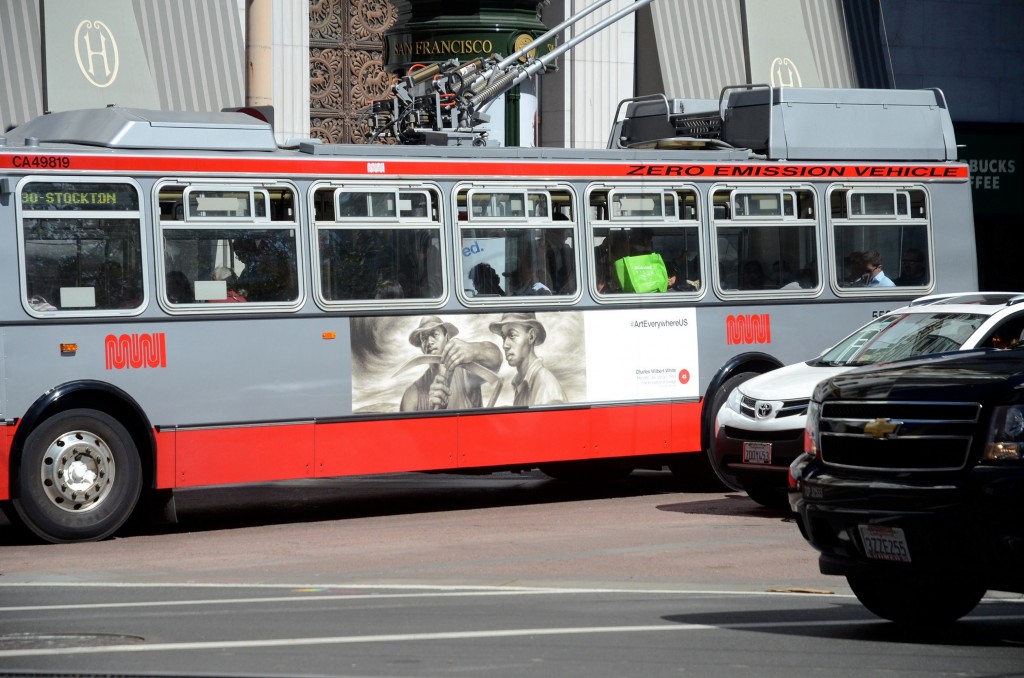 “It is a project that situates extraordinary images by great American artists in the unique cultural landscape that is the United States,” said Donna De Salvo, the chief curator and deputy director for programs at the Whitney Museum of American Art. “It’s always exciting to think about encountering art in the course of everyday life, whether inside or outside.” 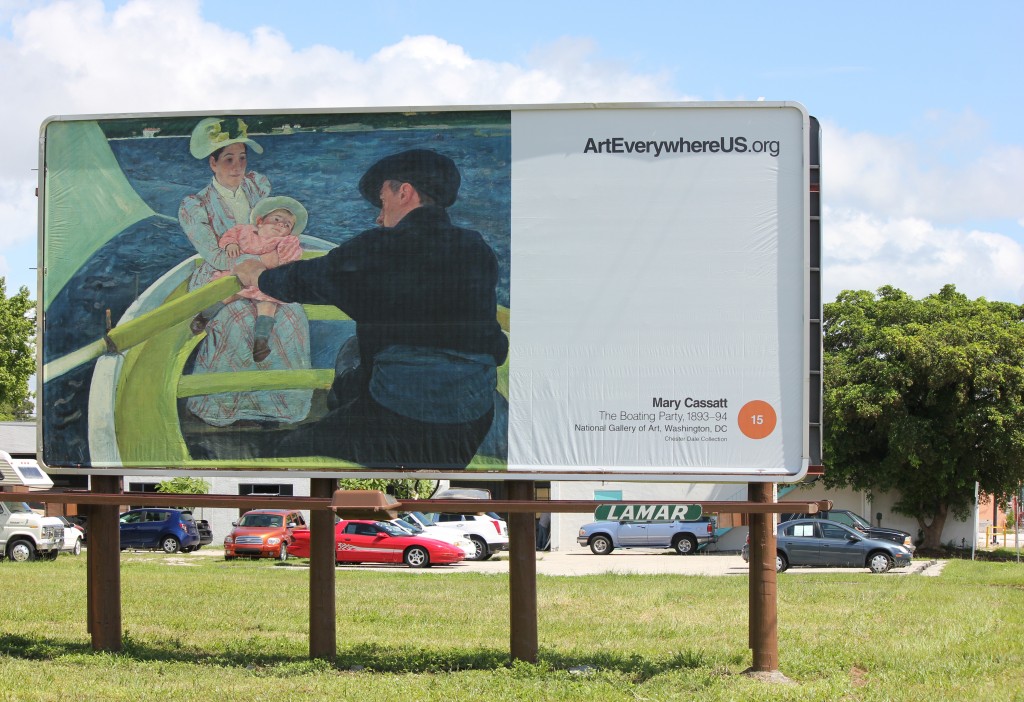 Rebecca Baldwin is the director of public affairs at the Art Institute of Chicago, home to a dozen of the pieces included in “Art Everywhere.” Baldwin says the project uniquely seeks to “put America’s artistic heritage out in the public sphere, mak(ing) it easier for people to view great art even when they don’t have a great museum close by.” She added, “we’ve just gotten very consistent enthusiasm for the idea of taking it outside of the museum.” 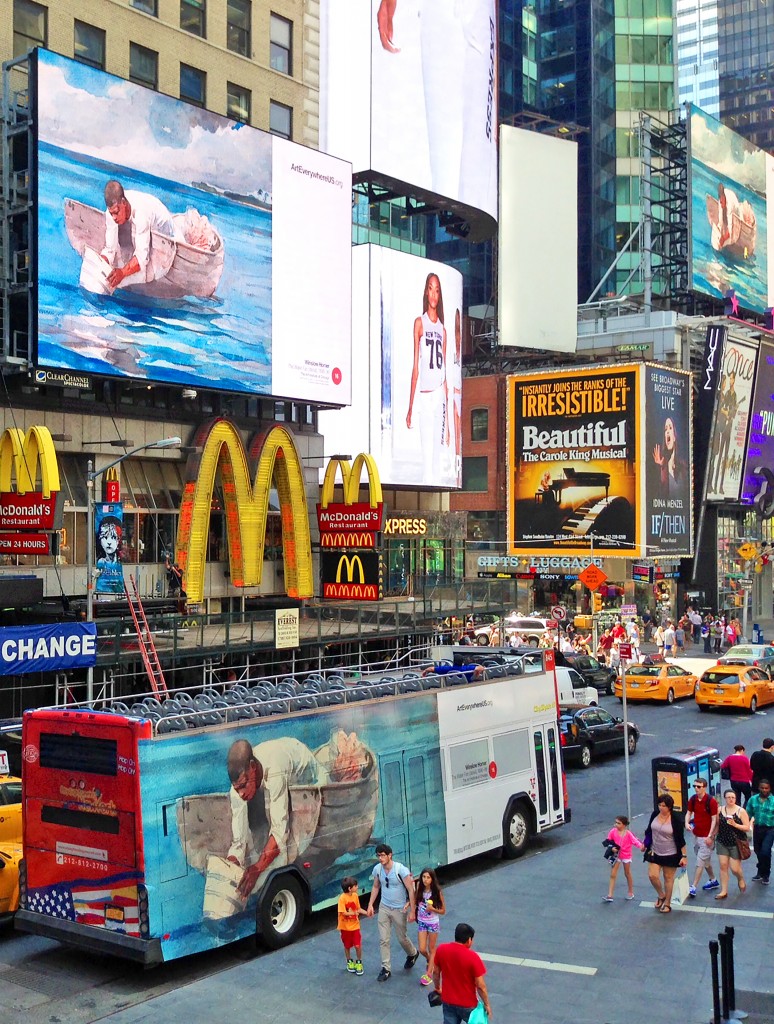 The artwork is on display now through August 31. Visit the project’s interactive map to learn where to spot “Art Everywhere” masterpieces near you. The campaign is also encouraging people to post images of the displays in their communities using the hashtag #ArtEverywhereUS.

View more displays from the Art Everywhere initiative below:

#ArtEverywhereUS in U Street Metro! Detail from Roy Lichtenstein's "Cold Shoulder" 1963, from @LACMA to #DC! pic.twitter.com/clozmWN3Oe 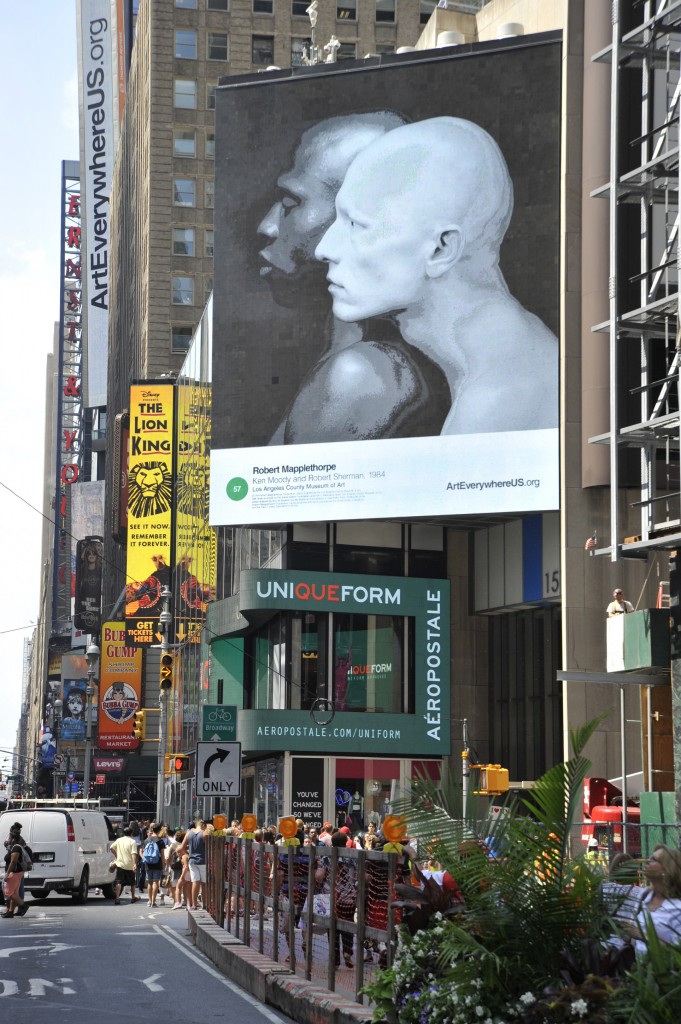 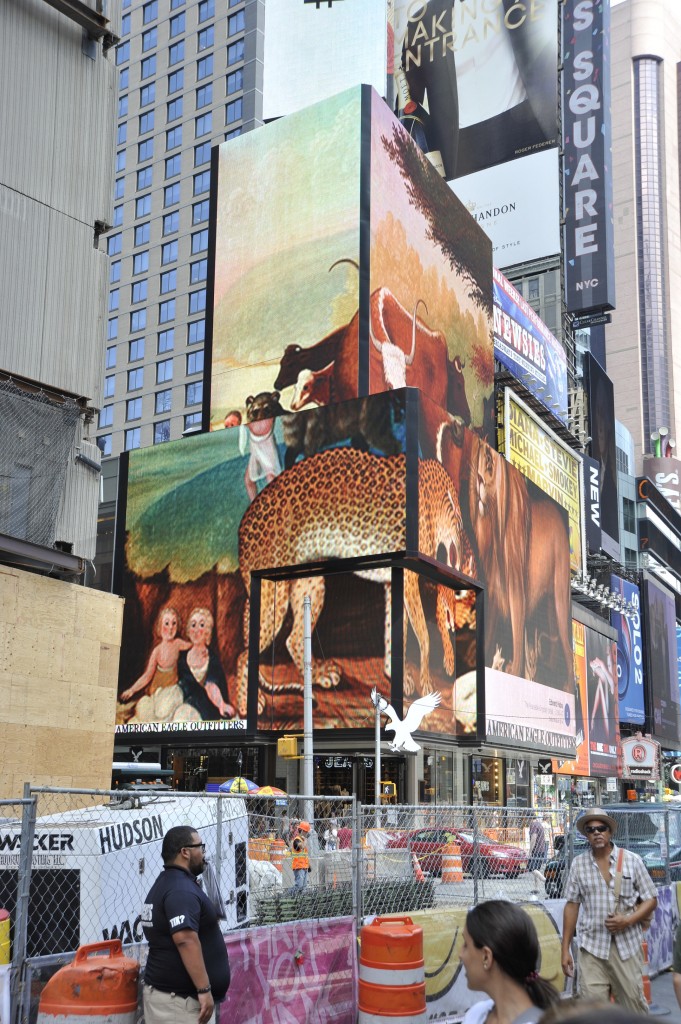 See #arteverywhereus on more than 50k #OOH ads all across America during August pic.twitter.com/sVHZ9Y2jv6

An @arteverywhereus sighting in Central Square, Cambridge, MA! Have you found any art in the city? #ArtEverywhereUS pic.twitter.com/crAuV6h8Q0

How many will I see? 1. Edward Hopper's Nighthawks on Ventura Blvd. #arteverywhereus pic.twitter.com/KMCf1v8F49 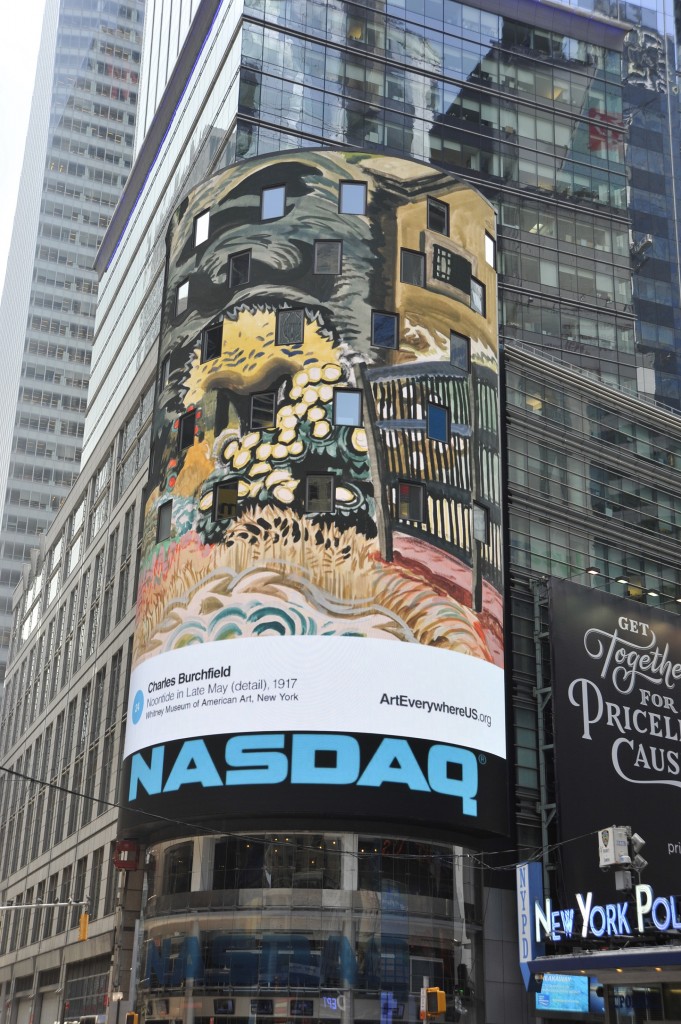