Editor’s note: Laila Kazmi, a senior producer at KCTS 9, is one of five jury members for the 2014 Seattle South Asian Film Festival, which runs from Oct. 31 to Nov. 9.

When Rita Meher screened her first short film, she had no idea that it would lead to a career devoted to bringing South Asian stories to the Pacific Northwest. It was 2002 and, as an immigrant from India, she had only been a U.S. citizen for about a year.

”I had never made a film before, didn’t know anything about making films.”

The film, which she screened for a small audience in Seattle, was based on a personal encounter that Meher had in the days after 9/11 attacks.

“I experienced racial slurs, I was told, ‘Go back to your own [expletive] country,’ and there was a beer bottle thrown at my window,” said Meher. “It shook me up and my friend suggested, ‘Why don’t you make a film about it and tell people about it instead of keeping it to yourself?’”

Meher did just that, and she and her friend went on to form an organization called Tasveer, meaning ‘picture’ in Hindi and Urdu.

“We wanted to tell people who we really are, how diverse we are, belonging to different religions, we are Sikhs, Hindus, Muslims and more,” says Meher.

The best way they knew to tell the stories of real people was through film.

“Independent films, more often than not, show the reality of life, they show the culture and explore issues in depth.” To Meher, that is a stark contrast to stereotypical images of South Asians often portrayed in Western films or the glitz and glamour shown in mainstream Bollywood films.

“Our goal was to show films and have community engagement through discussions after the films.” 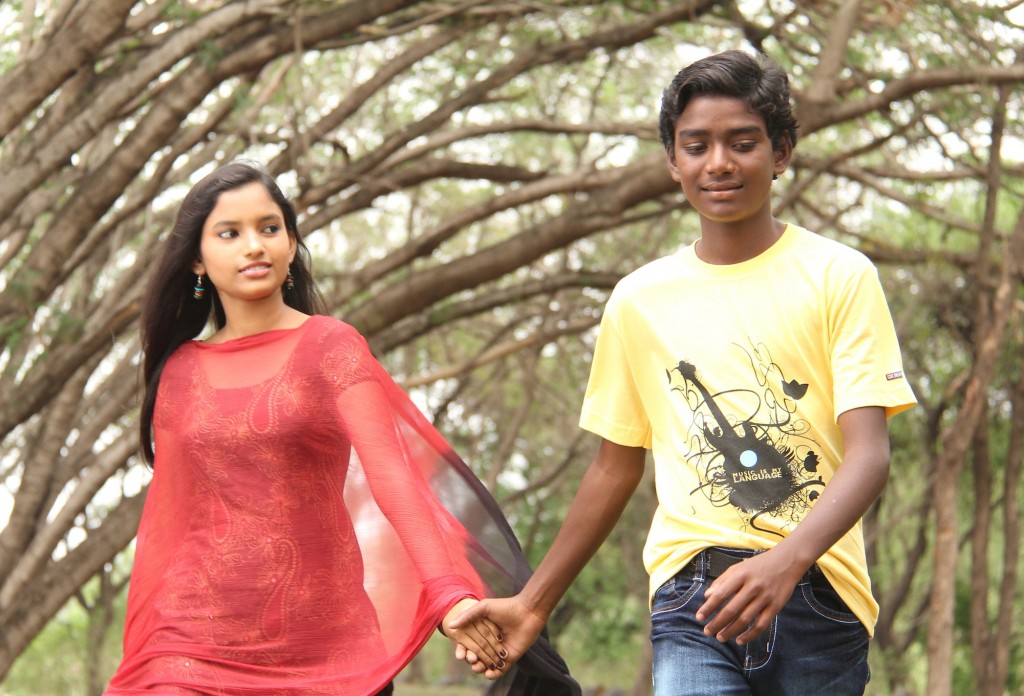 “Fandry” is another submission from India. From director Nagraj Manjule, it tells the story of a teenage boy from an Indian village who grapples with caste discrimination. Photo courtesy of Tasveer

In the beginning, people were less understanding, especially other South Asians. “They would ask us, ‘Why do you want to show the bad side of our country?”

Since then, Meher has seen a shift in audience attitudes. “Those questions have now stopped,” she says. “Today, people are more aware and they recognize that it’s not showing the ‘bad side,’ it’s showing and being able to talk about the realities of life.”

The festival has grown and so has Tasveer’s work. For the past nine years, Tasveer has held the annual South Asian Women’s Focus, a festival called Aaina. It is a weekend of poetry, art, film and music by local women artists and writers of South Asian descent. Aaina has become Tasveer’s second signature annual program, allowing women a platform to express themselves in creative ways. 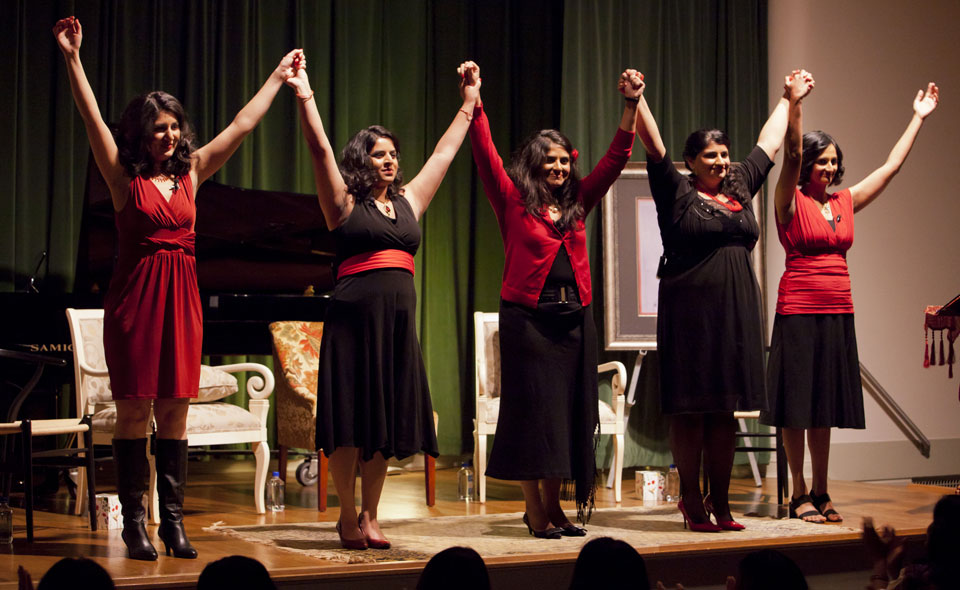 Aaina, Tasveer’s South Asian Women’s Focus, is a weekend-long festival of poetry, art, film and music that brings together female artists of South Asian descent who live in the Pacific Northwest. Photo courtesy of Tasveer

The Women’s Focus is about connecting artists, and the South Asian Film Festival has learned from Aaina’s success. During the film festival, the audience can interact with some of the best-known independent filmmakers from South Asia.

“We just recently began to afford bringing filmmakers from outside the country,’ says Meher excitedly. “Last year was a big year for us. We expanded our festival to 10 days and we brought filmmakers from Pakistan.”

Seattle hosted the U.S. premiere for the film “Zinda Bhaag,” Pakistan’s first official submission to the Academy Awards in 50 years, which tells the story of three young men dealing with the crude realities of life in modern day Lahore, one of Pakistan’s largest cities. The filmmakers chose Seattle because they had heard of Tasveer’s festival. 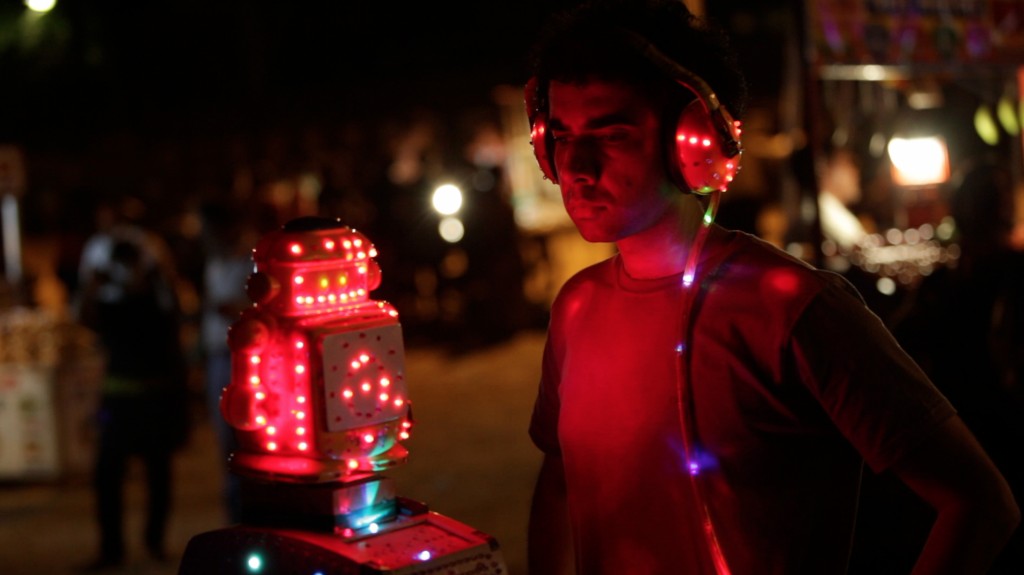 In “Sulemani Keeda,” one of India’s submissions to the South Asian Film Festival, filmmaker Amit Masurkar follows two friends working on (and struggling with) a Bollywood screenplay together. Photo courtesy of Tasveer

“The Seattle audience gave them a wonderful reception,” said Meher. ”We screened to a full house.”

This year, the Seattle South Asian Film Festival is screening the largest number of films yet, and hosting 18 filmmakers and producers from India, Pakistan, Sri Lanka, and Nepal.

“In previous years, we would receive 20 to 30 films and we would select nine features,” said Meher. This year, the festival had a record 120 submissions, with the festival showing 24 feature films and 17 shorts from nine countries. Highlights for 2014 include India’s “Fandry,” about caste discrimination; Nepal’s “Soongava: Dance of the Orchids,” a forbidden love story between two women; Pakistan’s “Anima State,” about a young man’s experience in the political and social chaos of a Pakistani city; and Sri Lanka’s “With You Without You,” by Prasanna Withanage. 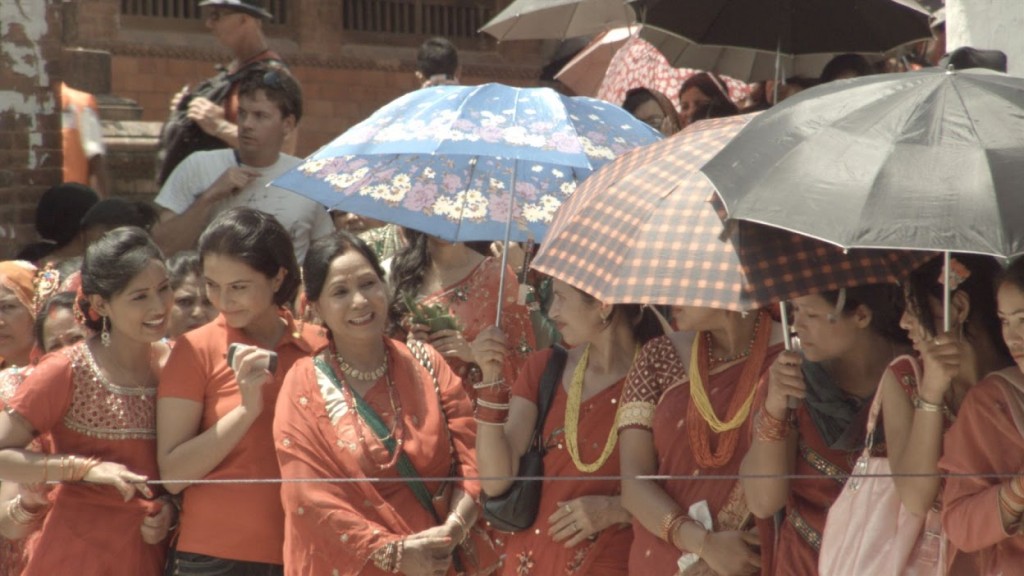 For Meher, Tasveer has been a labor of love from the beginning. The organization is run by a small staff and a group of volunteers. It’s year-round hard work, without any big financial rewards. But, Meher wouldn’t have it any other way.

“Every year, before the festivals, I ask myself, why am I working so hard? Then during the festival, when I see filmmakers coming to me and expressing deep gratitude, I see how engaged and friendly the community is, how dedicated the volunteers are, and the rich and thought provoking programming. That’s when I say, ‘Its all worth it.’ Let’s do it again next year.”

Left: Rita Meher wanted to introduce the Pacific Northwest to the realities of life in South Asia so she created the Seattle South Asian Film Festival. Photo courtesy of Tasveer