LONDON — Albert Finney, the charismatic Academy Award-nominated British actor who starred in films from “Tom Jones” to “Skyfall,” has died. He was 82.

Finney’s family said Friday that he “passed away peacefully after a short illness with those closest to him by his side.” He died Thursday from a chest infection at the Royal Marsden Hospital in London.

Finney was a rare star who managed to avoid the Hollywood limelight for more than five decades after bursting to international fame in 1963 in the title role of “Tom Jones.”

The film gained him the first of five Oscar nominations. Others followed for “Murder on the Orient Express,” ”The Dresser,” ”Under the Volcano” and “Erin Brockovich.”

In later years he brought authority to action movies, including the James Bond thriller “Skyfall” and two of the Bourne films.

Displaying the versatility of a virtuoso, Finney portrayed Winston Churchill, Pope John Paul II, a southern American lawyer, an Irish gangster and an 18th-century rogue, among dozens of other roles over the years. There was no “Albert Finney”-type character that he returned to again and again.

In one of his final roles, as the gruff Scotsman Kincade in “Skyfall,” he shared significant screen time with Daniel Craig as Bond and Judi Dench as M, turning the film’s final scenes into a master class of character acting.

Although Finney rarely discussed his personal life, he told the Manchester Evening News in 2012 that he had been treated for kidney cancer for five years, undergoing surgery and chemotherapy.

He also explained why he had not attended the Academy Awards in Los Angeles even when he was nominated for the film world’s top prize.

“It seems silly to go over there and beg for an award,” he told the paper. 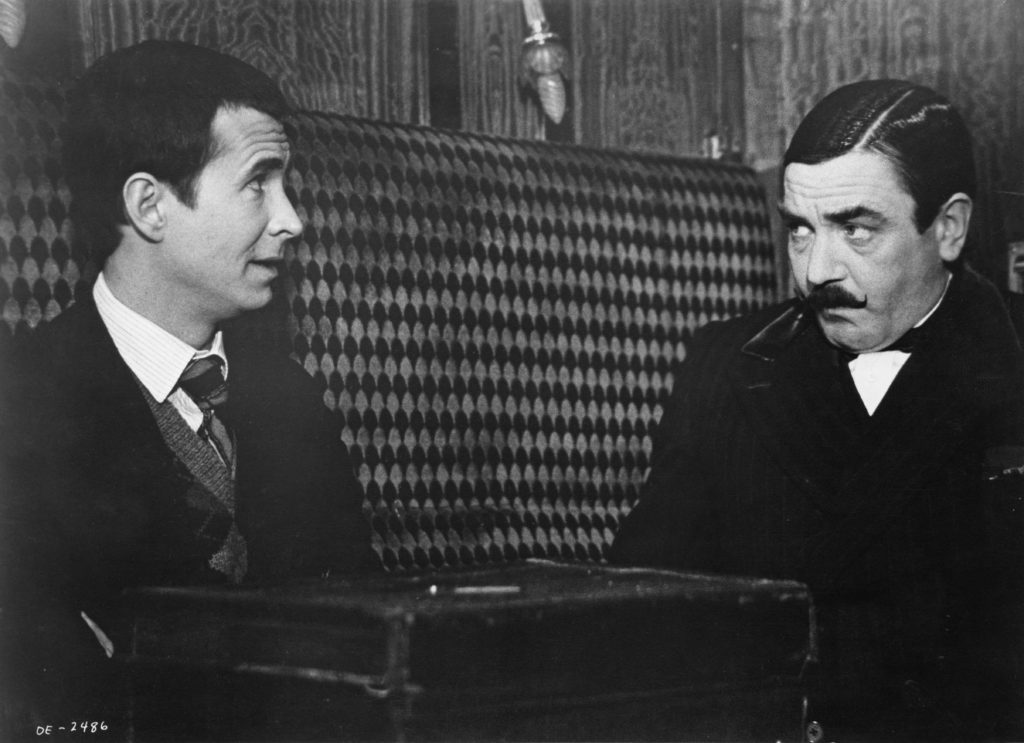 The son of a bookmaker, Finney was born May 9, 1936, and grew up in northern England on the outskirts of Manchester. He took to the stage at an early age, doing a number of school plays and — despite his lack of connections and his working-class roots — earning a place at London’s prestigious Royal Academy of Dramatic Arts.

He credited the headmaster of his local school, Eric Simms, for recommending that he attend the renowned drama school.

Finney made his first professional turn at 19 and appeared in several TV movies, including “She Stoops to Conquer” in 1956 and “The Claverdon Road Job” the following year.

Soon some critics were hailing him as “the next Laurence Olivier” — a commanding presence who would light up the British stage. Britain’s pre-eminent theater critic, Kenneth Tynan, called the young Finney a “smoldering young Spencer Tracy” and warned established star Richard Burton about his prowess. In London, Finney excelled both in Shakespeare’s plays and in more contemporary offerings.

Still, the young man seemed determined not to pursue conventional Hollywood stardom. After an extensive screen test, he turned down the chance to play the title role in director David Lean’s epic “Lawrence of Arabia,” clearing the way for fellow RADA graduate Peter O’Toole to take what became a career-defining role.

But stardom came to Finney anyway in “Tom Jones” where he won over audiences worldwide with his good-natured, funny and sensual portrayal of an 18th-century English rogue.

That was the role that introduced Finney to American audiences, and few would forget the lusty, blue-eyed leading man who helped the film win a Best Picture Oscar. Finney also earned his first Best Actor nomination for his efforts and the smash hit turned him into a Hollywood leading man.

Director Tony Richardson said his goal for “Tom Jones” was simply to produce an enjoyable romp.

“No social significance for once,” he said. “No contemporary problems to lay bare. Just a lot of colorful, sexy fun.”

Finney had the good fortune to receive a healthy percentage of the profits from the surprise hit, giving him financial security while he was still in his 20s.

“This is a man from very humble origins who became rich when he was very young,” said Quentin Falk, author of an unauthorized biography of Finney. “It brought him a lot of side benefits. He’s a man who likes to live as well as to act. He enjoys his fine wine and cigars. He’s his own man. I find that rather admirable.”

The actor maintained a healthy skepticism about the British establishment and even turned down a knighthood when it was offered, declining to become Sir Albert. Finney once said he didn’t believe in such honors.

“Maybe people in America think being a ‘Sir’ is a big deal,” he said. “But I think we should all be misters together. I think the ‘Sir’ thing slightly perpetuates one of our diseases in England, which is snobbery. And it also helps keep us ‘quaint,’ which I’m not a great fan of.”

Instead of cashing in by taking lucrative film roles after “Tom Jones,” Finney took a long sabbatical, traveling slowly through the United States, Mexico and the Pacific islands, then returned to the London stage to act in Shakespeare productions and other plays. He won wide acclaim and many awards before returning to film in 1967 to co-star with Audrey Hepburn in “Two for the Road.”

This was to be a familiar pattern, with Finney alternating between film work and stage productions in London and New York.

Finney tackled Charles Dickens in “Scrooge” in 1970, then played Agatha Christie’s super-sleuth Hercule Poirot in “Murder on the Orient Express” — earning his second Best Actor nomination— and even played a werewolf hunter in the cult film “Wolfen” in 1981.

He earned more Best Actor Oscar nominations for his roles in the searing marital drama “Shoot the Moon” in 1982, co-starring with Diane Keaton, and “The Dresser” in 1983. He was nominated again in 1984 for his role as a self-destructive alcoholic in director John Huston’s “Under the Volcano.”

Even during this extraordinary run of great roles, and his critically acclaimed television portrayal of the pope, Finney’s life was not chronicled in People Weekly or other magazines, although the British press was fascinated with his marriage to the sultry French film star Anouk Aimee.

He played in a series of smaller, independent films for a number of years before returning to prominence in 2000 as a southern lawyer in the film “Erin Brockovich,” which starred Julia Roberts. The film helped introduce Finney to a new generation of moviegoers, and the chemistry between the aging lawyer and his young, aggressive assistant earned him yet another Oscar nomination, this time for Best Supporting Actor.

He went on to star in director Tim Burton’s “Big Fish” and portrayed Britain’s wartime leader, Winston Churchill, in “The Gathering Storm.”

Finney also tried his hand at directing and producing and played a vital role in sustaining British theater.

The Old Vic theater said after Finney’s death that his “performances in plays by Shakespeare, Chekhov and other iconic playwrights throughout the ’60s, ’70s and ’80s stand apart as some of the greatest in our 200-year history.”