ROCHESTER, N.Y. (AP) — Cabbage Patch Kids, the rosy-cheeked dolls that left store shelves picked clean during the first big holiday toy craze, are up for a spot in the National Toy Hall of Fame, part of a finalist group announced Wednesday that also includes garden-variety sand and the toy fire engine.

Also among finalists being considered for a November induction are five competitive games: Battleship, Risk, The Settlers of Catan, Mahjong and billiards, as well as the piñata, American Girl Dolls, Masters of the Universe and Fisher-Price Corn Popper.

The 2021 finalists were pulled from the thousands of nominations the National Toy Hall of Fame receives each year. Anyone can nominate a toy and a panel of experts, along with input from the public, votes in the three to be inducted. The 74 previous honorees have run the gamut from the simplest cardboard box and stick to the the groundbreaking Atari 2600 Game System and universally known Checkers, Crayola crayons and marbles.

To be inducted, toys must have withstood tests of time and memory, changed play or toy design and fostered learning, creativity or discovery.

All of the 2021 finalists have “greatly influenced the world of play,” said Christopher Bensch, vice president for collections at the hall, which is located inside The Strong National Museum of Play in Rochester, New York.

“These 12 toys represent the wide scope of playthings—from one of the most universal playthings in the world like sand to a game-changing board game like Risk to the popular adult game of billiards,” Bensch said.

Fans are invited to vote for their favorites as part of a “Player’s Choice” ballot that closes Sept. 22.

The three toys that receive the most public votes will be submitted as one ballot to be counted with the 22 other top-three ballots submitted by the National Selection Advisory Committee, effectively making the public one member of the committee.

The winners will be inducted Nov. 4. 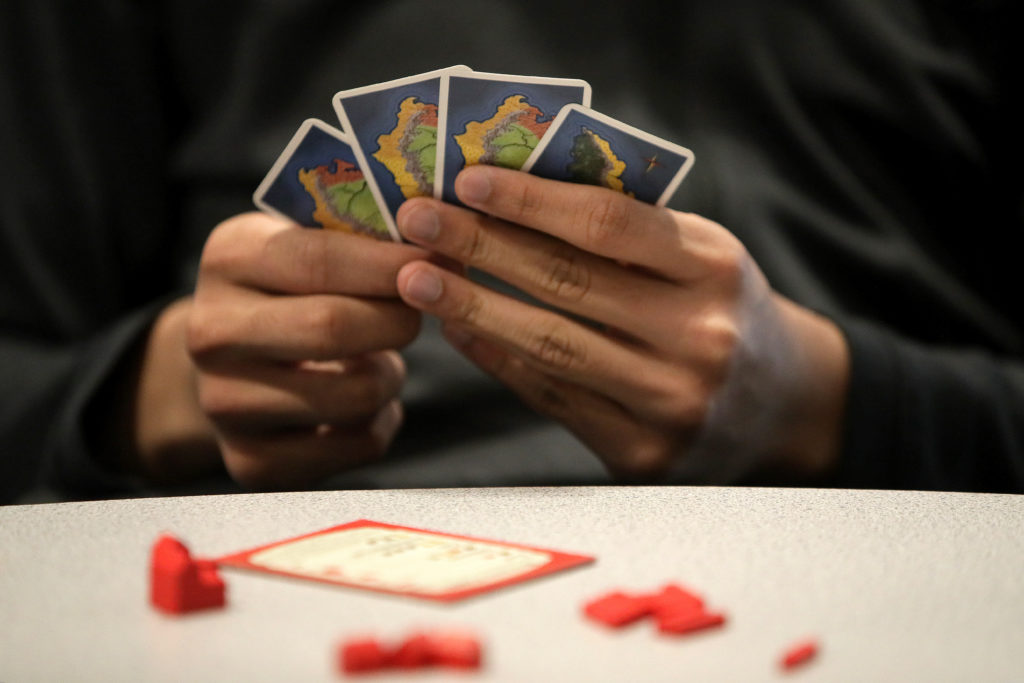 Catan is one of several tabletop games you could play while social distancing. Photo by Barry Chin/The Boston Globe via Getty Images

About this year’s nominees: