Migration is beautiful. Those words are printed beneath an image of a monarch butterfly, a species known to fly thousands of miles across the North American continent — a visual statement on the naturalness of migration and crossing borders in an age where immigration is a contentious political topic.

The woman who created this poster, Favianna Rodriguez, is an interdisciplinary visual artist and community organizer who merges her artistic practice with political activism. Through her artwork, she has become a strong voice on immigration, women’s issues, globalization and economic injustice.

“Rather than reiterate a stereotype, art can show human beings in multidimensional ways. It can show the way in which we wish to build the world,” she said. 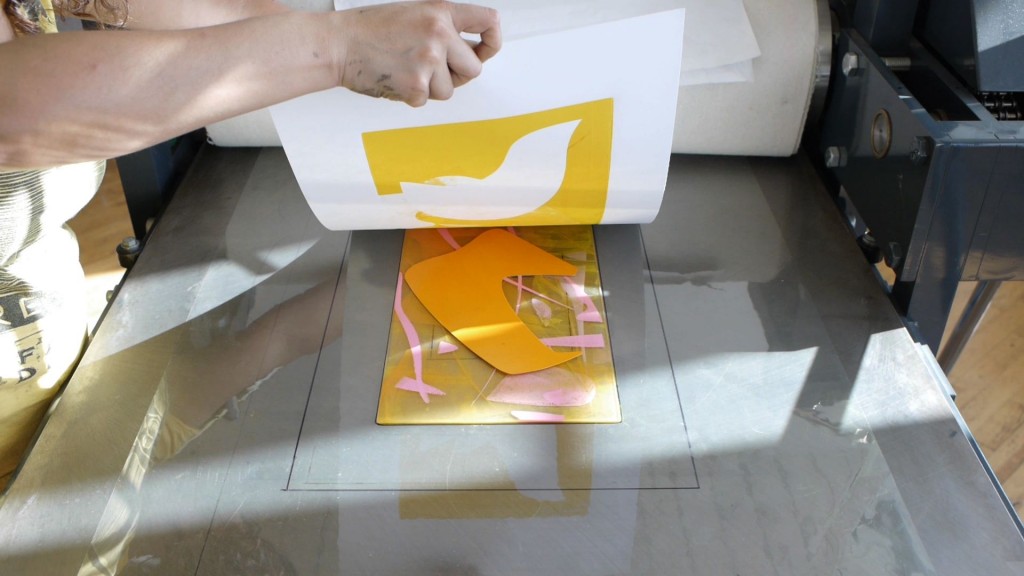 As a printmaker, Rodriguez prefers monotyping and linoleum block printing.

Rodriguez directs an organization called CultureStrike that mobilizes creative people to support global immigration rights. Her website says her “mission is to create profound and lasting social change in the world.”

“Printmaking — throughout social justice history, in particular — has been a tool that artists have used to expose the truth, to fight for justice,” said Rodriguez. “I believe that art is a human right and art is something that everyone can and should do.”