In California, bicycles are not allowed in swimming pools. In Delaware, it’s illegal to consume perfume. These are among the bizarre and obscure laws that have made their way into America’s state and local legislation and that photographer Olivia Locher chose to document in her latest collection of photographs, “I Fought the Law.”

Locher began the project after a friend told her that it’s illegal in Alabama to have an ice cream cone in your back pocket. “That idea, it kept haunting me for many months,” she said from New York City’s Steven Kasher Gallery, where the exhibition is now on display. I got really interested in the legal aspects of the laws and how it affects our everyday lives.” 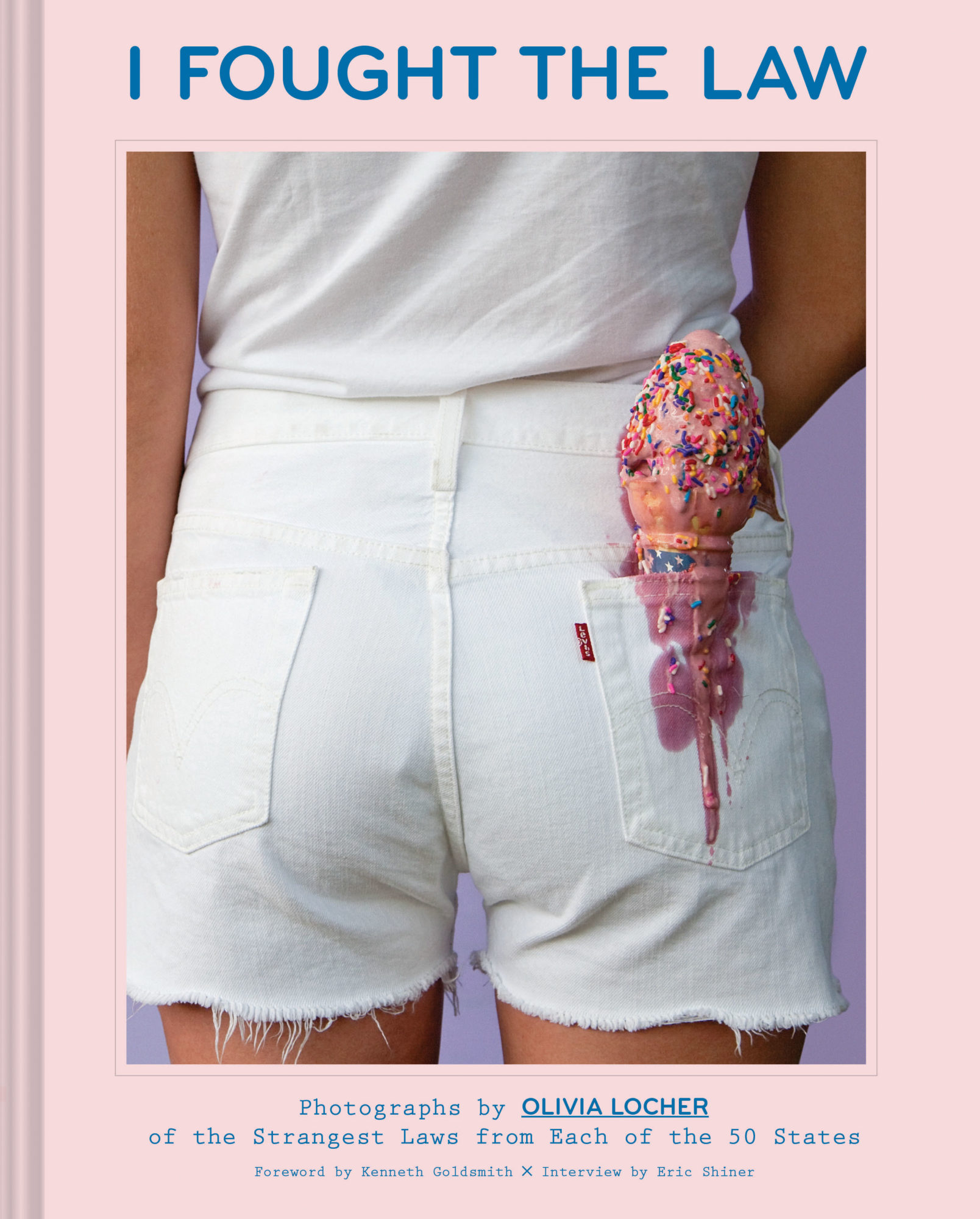 Locher’s “I Fought the Law” monograph is on sale online and in bookstores around the country. Photo courtesy Chronicle Books.

So the Pennsylvania native spent hours scouring websites and books on obscure laws and worked with a fact checker to confirm their history and validity.

“What happens with all of these laws is they go viral on the internet,” Locher said. “And it’s funny because a lot of the laws I found were never actually enforced. They were never even in the books, but they’ve always been passed off as fact.”

Locher ultimately narrowed down her selection to one law per state and opted to document them in the playful, effervescent style that landed her past work on the pages of New York Times Magazine and W Magazine.

The true, the false and the in between

Most, but not all, of Locher’s selections were legitimate pieces of legislation at one point in history. The ice cream cone law that started it all was formerly on the books, but in Kentucky, not Alabama.

“What the urban legend tells us is that back in the day horse thieves used to put ice cream cones in their back pocket and then they could claim that ‘Oh I didn’t steal him. He followed me,’” Locher recalled.

Two others featured by Locher — that apple pie must be served with cheddar cheese in Wisconsin and that it’s illegal to tie a dollar bill to a string and pull it away when someone tries to pick it up — amount to nothing more than popular myths. 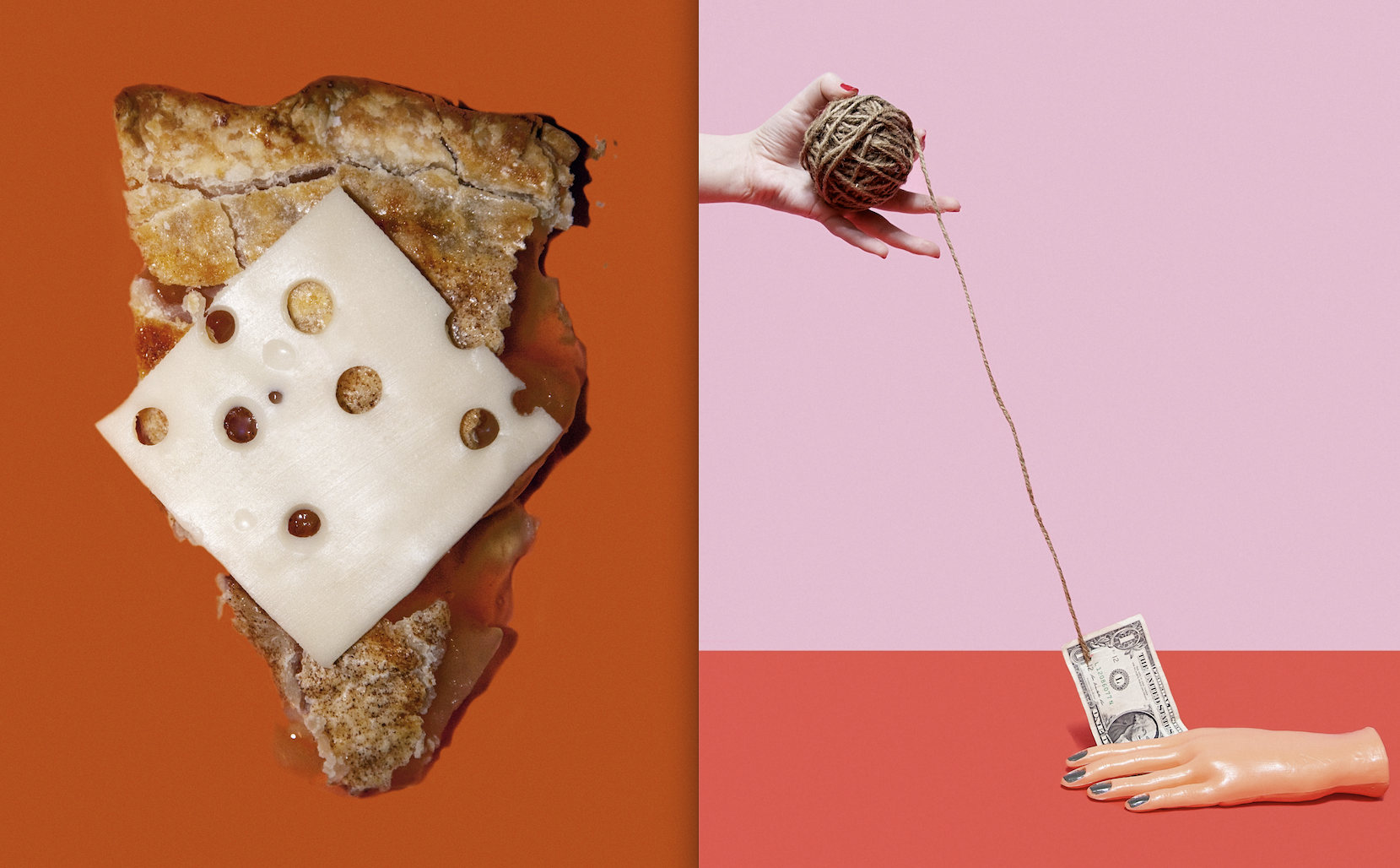 “In Wisconsin, it is illegal to serve apple pie in public restaurant without cheddar cheese.”(left) “In Pennsylvania, it is illegal to tie a dollar bill to a string and pull it away when someone tried to pick it up.” (right) Photos courtesy Olivia Locher/Chronicle Books.

But most of Locher’s chosen laws did pass muster with surprisingly reasonable explanations.

“That law goes back to whenever BMX riding and skateboarding was really popular in California in the 70’s. Young teenagers would often break into swimming pools, make it this type of skate rink situation whenever pools had no water in them in the wintertime and fall.” 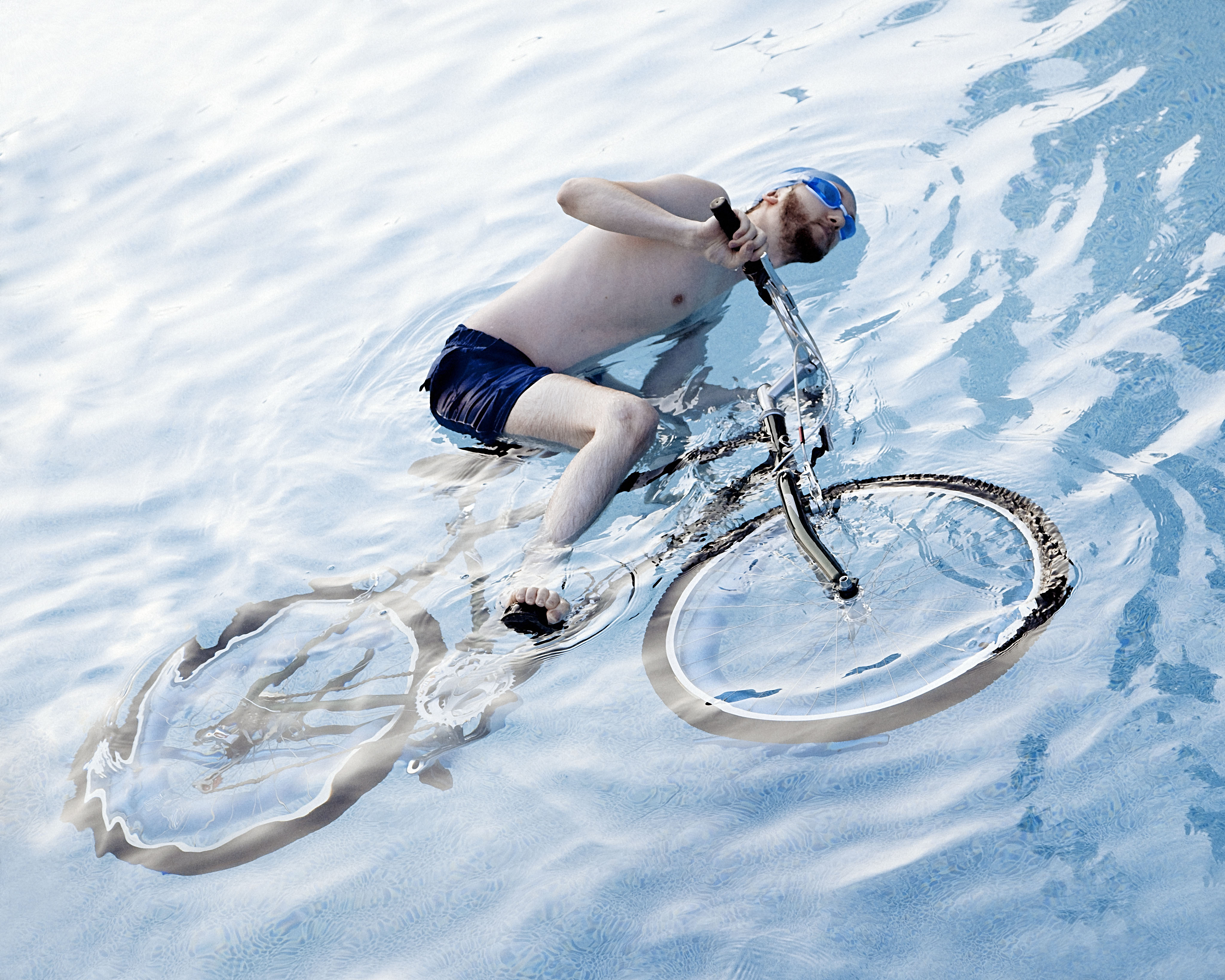 Locher depicted Delaware’s real prohibition on perfume consumption by photographing a close friend, apple juice and an iconic bottle of Chanel No. 5.

“It’s sad because, in my research, I learned that certain people with alcoholism will go to levels as extreme as drinking fragrance,” she said. “So there is a sad history behind some of these images and the lengths people take to do these actions.” 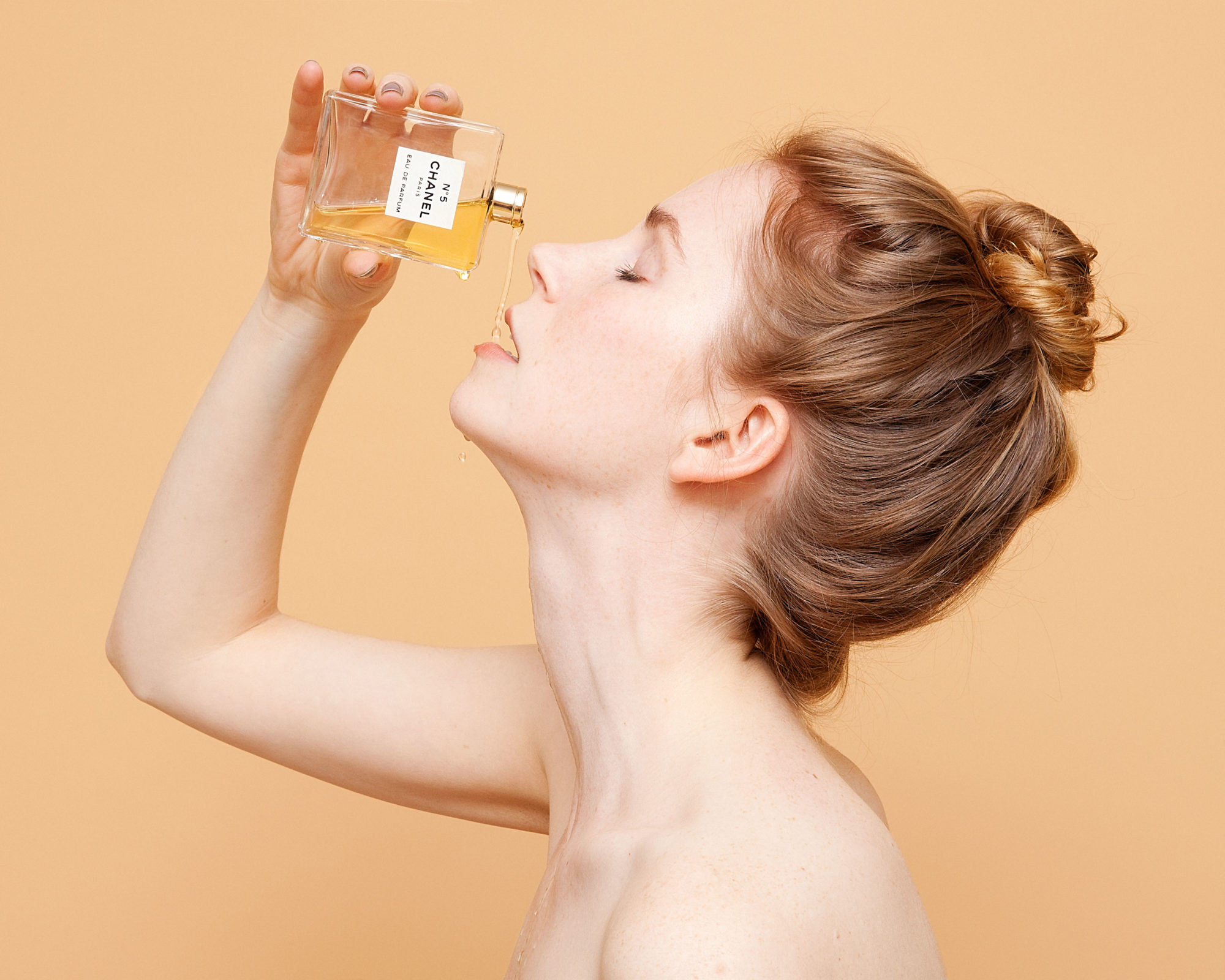 “In Delaware, it is illegal to consume perfume.” Photo courtesy Olivia Locher/Chronicle Books

Outlawing extremes is also the purpose of South Carolina’s restriction on using dynamite to fish.

“It’s illegal to fish with dynamite in South Carolina, but also many other places,” Locher explained. “It’s actually a terrible practice that a lot of fishermen use. It’s called blast fishing. What they’ll do is ignite a body of water and it kills the entire school of fish. They’ll float to the surface and that person who was fishing will have the easiest fishing day but in the process, they risk killing the entire ecosystem.” 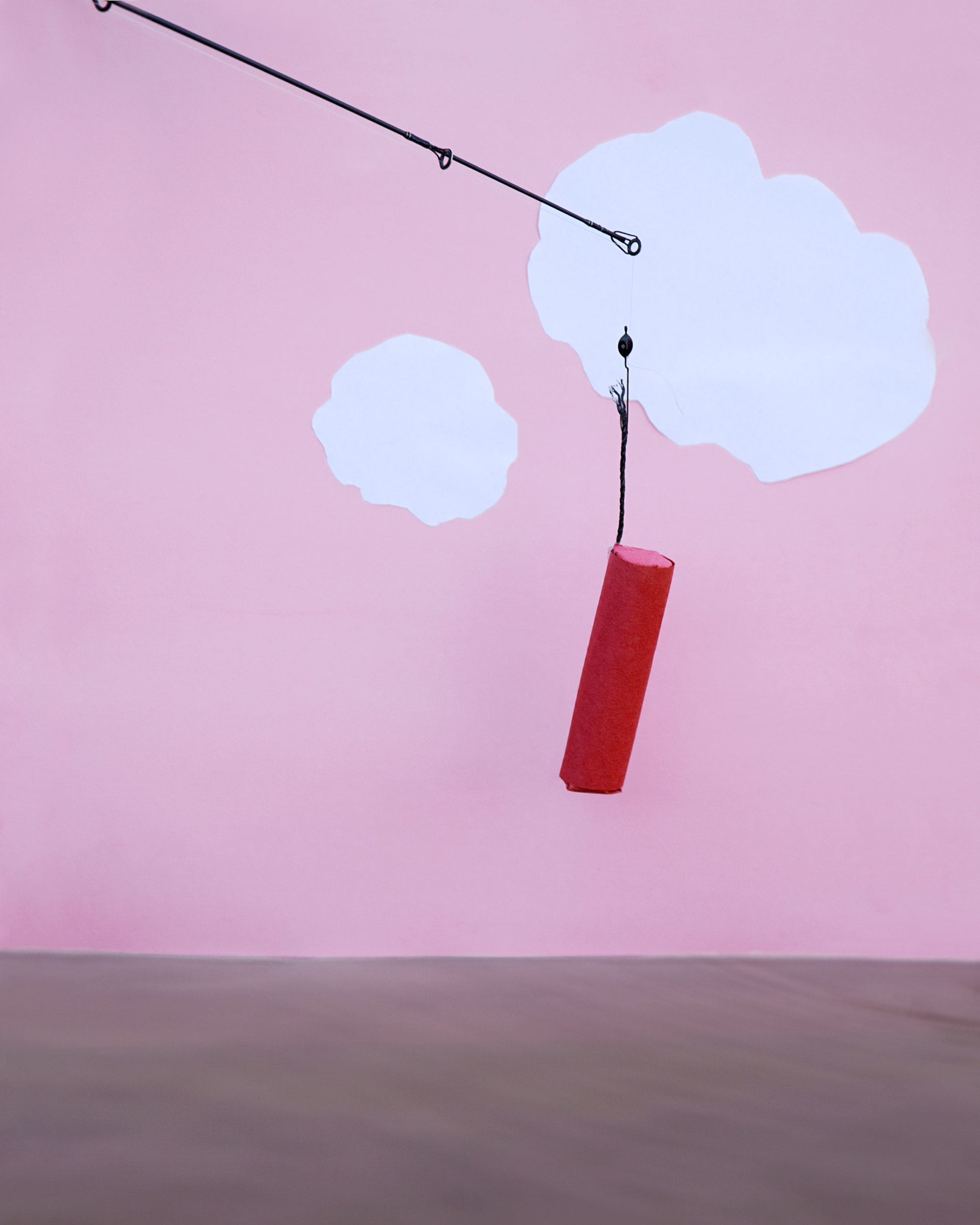 “In South Carolina, it is illegal to go fishing with dynamite.” Photo courtesy Olivia Locher/Chronicle Books

It took Locher nearly four years to complete the “I Fought the Law” series. She hopes the images, especially the alternative facts suggested by some, will prompt viewers to do their own legislative investigations.

“I get really inspired whenever people tell me that this project led them down a rabbit hole of research trying to decode some of these laws,” she said. “I think it’s interesting to think about how any of these laws can affect any of our own lives.”

“I Fought the Law” is on exhibit at the Steven Kasher Gallery until October 21.