“Star Wars” actress Carrie Fisher died Tuesday, four days after she suffered a “cardiac episode” on a flight from London to Los Angeles, according to a statement released by family spokesman Simon Halls to People Magazine on behalf of Fisher’s daughter, Billie Lourd. She was 60.

Paramedics rushed Fisher to a nearby hospital after she went into cardiac arrest moments before the plane touched down at LAX, the Los Angeles Times reported.

“Carrie holds such special place in the hearts of everyone at Lucasfilm it is difficult to think of a world without her,” Lucasfilm president Kathleen Kennedy said in a Facebook post. “She was Princess Leia to the world but a very special friend to all of us. She had an indomitable spirit, incredible wit, and a loving heart,” she wrote.

“Carrie also defined the female hero of our age over a generation ago. Her groundbreaking role as Princess Leia served as an inspiration of power and confidence for young girls everywhere,” Kennedy added.

Her character, not afraid to use a blaster, was a force to be reckoned with. In a saga crowded with bounty hunters, alien riff-raff and scruffy-looking nerf herders, Princess Leia stood out. Fisher presumably ignored the advice from her mother, actress Debbie Reynolds, to “be careful of any weird hairdo” before she played the iconic character in George Lucas’ space opera.

In the opening scenes of 1977’s “Star Wars: A New Hope,” Fisher’s Princess Leia is the first major (human) character to stare down Darth Vader, perhaps the most formidable villain in film history. 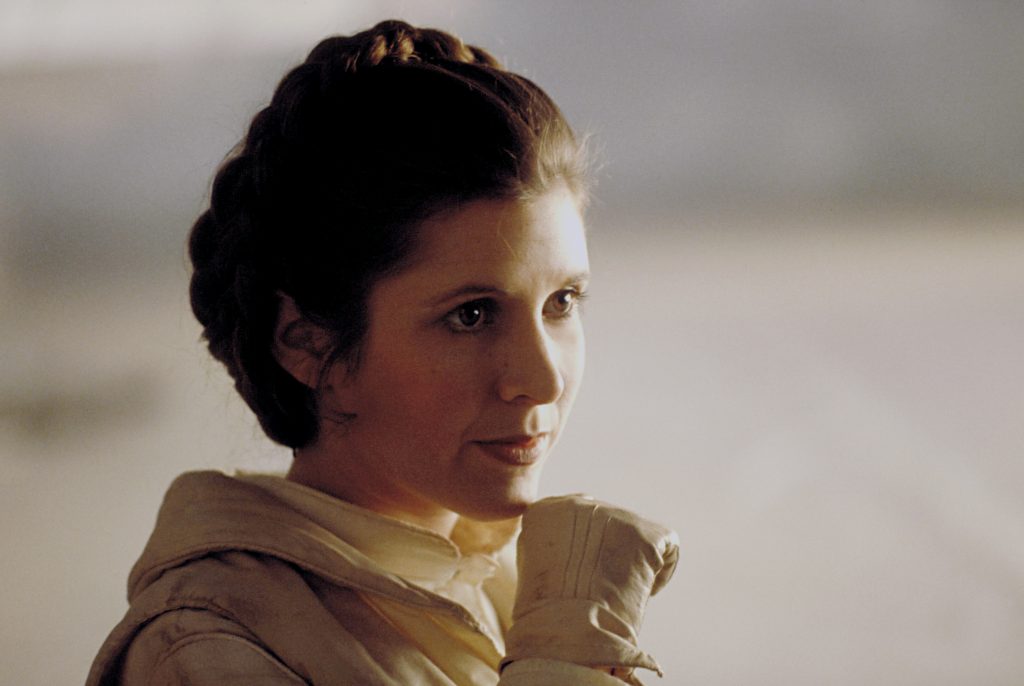 On top of her roles in much more grounded fare like 1986’s “Hannah and Her Sisters,” 1989’s “When Harry Met Sally” and various television roles, Fisher mined her love-hate relationship with Leia for several autobiographical books, including her eighth and final book “The Princess Diarist.” Released in November, the memoir digs up diaries she kept while filming the start of the “Star Wars” trilogy.

However Fisher felt about her place in the galaxy, Leia provided a through-line in her career.

“I’ve always been in ‘Star Wars.’ I’ve never not been in ‘Star Wars,'” Fisher told Rolling Stone in 2015, weeks before her character reappeared as a high-ranking member of the rebellion in “The Force Awakens.”

“But I am eternally in ‘Star Wars,'” she added.

Carrie Frances Fisher was born in 1956 to Hollywood couple Reynolds and Eddie Fisher in Beverly Hills, California. At the age of two, her parents divorced after Fisher left Reynolds for Elizabeth Taylor, to whom he was married from 1959 to 1964.

Growing up, she told Charlie Rose in 1994, “I didn’t want to be different than other people and that’s what celebrities are. So being a celebrity kid, that’s the dichotomy. You want to fit in, not stick out. … My fantasy was to be normal.”

At 19, Fisher debuted on the silver screen in the 1975 comedy “Shampoo,” directed by Hal Ashby. Two years later, she would make history in her role as Princess Leia in “Star Wars: A New Hope.” 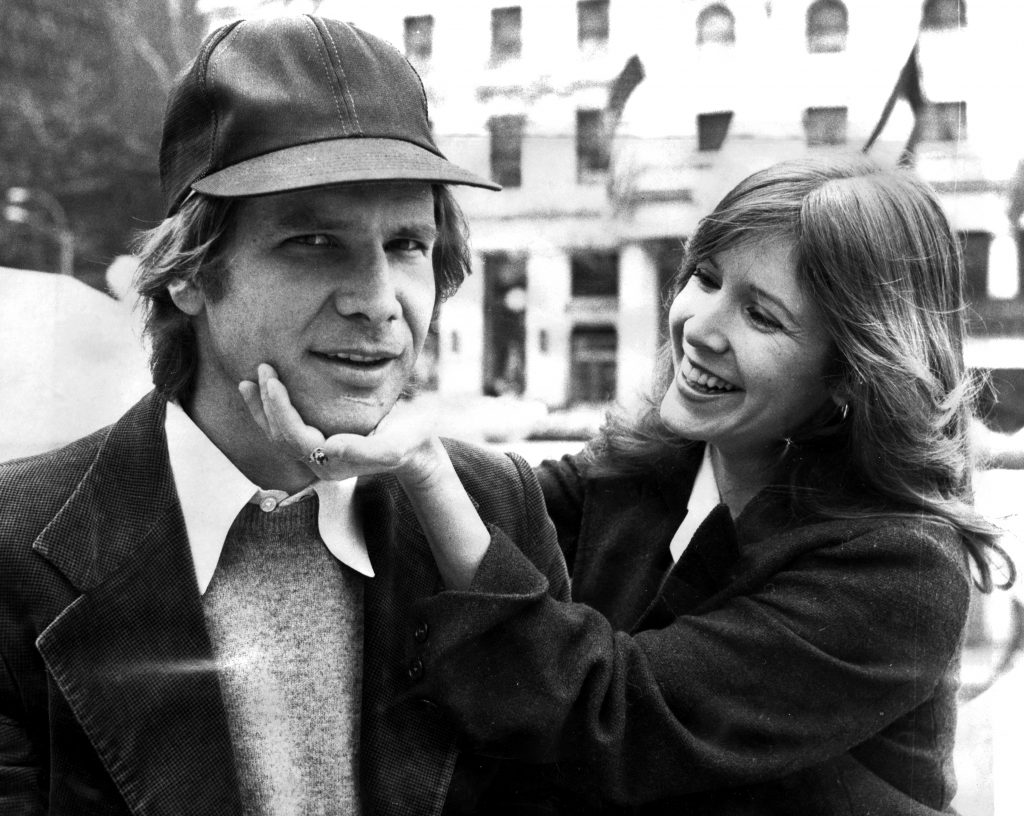 Harrison Ford and Carrie Fisher on Fifth Ave outside The Plaza hotel in 2002. They were in town for the movie “Star Wars.” Photo by Richard Corkery/NY Daily News Archive via Getty Images

For many women, Leia embodied a type of strength that was rarely granted to female movie protagonists before “Star Wars.”

But Leia was still an imperfect feminist icon, Fisher told Rolling Stone magazine in 1983, shortly after “Jedi” was released. In the first film of the space opera trilogy, Fisher said Leia was a “soldier” because the “only way [creators] knew to make the character strong was to make her angry.”

By the end of the trilogy, Fisher said screenwriters allowed her character to be more feminine and affectionate, but, in one scene, Leia was chained to a giant gangster slug who couldn’t resist licking his lips at his scantily clad prisoner.

Fisher said a major downside to playing the character was the hair and the costumes, mostly famously, the metal bikini she wore in 1983’s “Return of the Jedi.”

“Let’s not forget that these movies are basically boys’ fantasies. So, the other way they made her more female in this one was to have her take off her clothes,” Fisher told Rolling Stone.

During the late 1970s and 1980s, Fisher struggled with addiction and has discussed her experience with bipolar disorder in interviews and her work. Fisher’s 1987 novel “Postcards from the Edge” was semi-autobiographical, following the aftermath of an actor’s overdose. She adapted it into a 1990 movie directed by Mike Nichols and starring Meryl Streep and Shirley MacLaine.

She is survived by Billie Lourd, her daughter with talent agent Bryan Lourd.