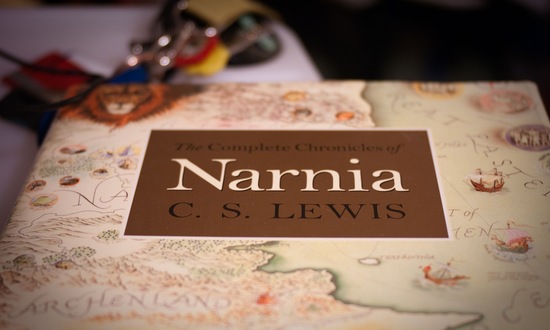 C.S. Lewis constructed the world of “Narnia” through seven novels, the most recognizable of which is “The Lion, the Witch and the Wardrobe.”

Even today, Gregory Maguire, author of the bestselling “Wicked,” gets lost in C.S. Lewis’ world of Narnia.

“Imagine yourself going through a wardrobe and you think that you know the wardrobe is 4-feet deep and it has a back wall, but you don’t get to the back wall, you keep going on. And then you find yourself in a snowy fantastic landscape that is nothing like the world in which you’ve known before.”

And so begins “The Lion, the Witch and the Wardrobe” of the “The Chronicles of Narnia,” the beloved children’s novels by C.S. Lewis that have sold more than 100 million copies and have been translated into 46 languages.

Friday marks the 50th anniversary of Lewis’s death. He died from renal failure in 1963 at the age of 64. It was one week before his 65th birthday.

Gregory Maguire spoke to chief arts correspondent Jeffrey Brown about the Narnia series and C.S. Lewis’s influence on the world of fantasy and Maguire’s own construction of Oz. Listen to the whole conversation. 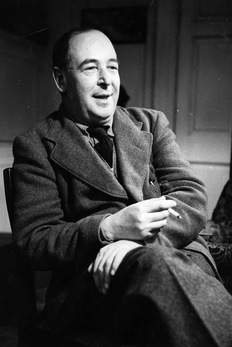 C.S. Lewis broke new ground in 1950 with his fantasy series “The Chronicles of Narnia.” Photo by John Chillingworth/Picture Post/Getty Images

Born in Belfast, Ireland in November 1898, Clive Staple Lewis became one of the most well-renowned and widely recognized names in children’s literature. However, Lewis was primarily an author of adult novels. He published 30 books in total, including “The Screwtape Letters” and “The Great Divorce.”

In fact, Maguire says, “You only have to open any book and you see, the wardrobe has many imitators.” One such imitator he points out comes from Philip Pullman’s 1995 “The Golden Compass.” Maguire points to a scene early in the book when Lyra, the protagonist, hides in a wardrobe to eavesdrop on her uncle in Oxford.

For Maguire, Narnia was magical. Lewis created this world over his whole lifetime. He drew from the stories that his Irish nurse would tell him as a child. Several years later, at the age of 16, Lewis fantasized about a faun carrying parcels and an umbrella through a snow-covered forest. And then, during World War II, Lewis was inspired by four children who stayed at his country house. 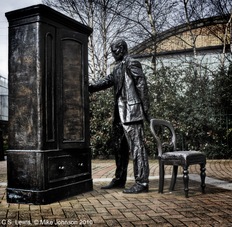 When he finally sat down to write “The Lion, the Witch and the Wardrobe,” Lewis called on his memories, including sitting in an old wardrobe with his brother, and his youthful imaginings to create the Narnia known today.

While Lewis was exploring his make-believe world, his close friend J.R.R. Tolkien was creating Middle Earth in “The Lord of the Rings” series. Together, the two created syntax for fantasy writing that is widely used today, but according to Maguire, they did so in almost opposite ways.

In terms of his own writing, Maguire looked to Lewis for help: “When it was time for me to write ‘Wicked,’ I said I want to look at Oz the way C.S. Lewis looked at Narnia. I want to explore every corner and give it a deep and abiding subtlety and mystery the same sort that we can smell of Narnia whenever we walk into a piney wood even in upstate New York.”

Three major motion pictures have already been made from the Narnia series and the fourth, “The Silver Chair,” is in development.

Check out the slideshow below to view “The Lion, the Witch and the Wardrobe” cover art from 1950s to the e-book today.