Charles Henry Rowell Is ‘Prepared to Do Battle’ Using Poetry 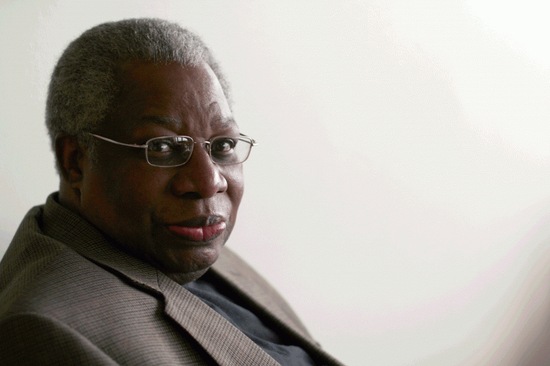 For nearly four decades, Charles Henry Rowell has been a talent scout of sorts, looking for young and often ignored African-American artists. His mission is to identify, nurture, promote and publish new black writers.

It began with a literary journal he started in 1974, when Rowell says Southern black writers were mostly ignored by publishers. He called the magazine “Callaloo,” after a popular Caribbean stew, hoping the journal would be a spicy mixture of poetry, fiction and essays. At age 74, Rowell has had remarkable success. His journal has helped introduce several generations of now high-profile writers, including many who have been featured on the PBS NewsHour.

Rowell’s latest project is a Norton anthology of contemporary black poets called “Angles of Ascent.” It includes the work of more than 80 writers who Rowell says showcase a wide variety of voices, content, style and ideas in contemporary African-American poetry.

The anthology begins with the poems by two literary giants: Gwendolyn Brooks and Robert Hayden. It’s followed by poets writing at the height of the Black Power movement, including Amiri Baraka and Nikki Giovanni. But the majority of the book focuses on poets writing after the turbulent Civil Rights Era.

“What fascinated me is that they turn from the external world into the interior world. It’s not the obsession with quote ‘the struggle,'” Rowell says. “Not that that isn’t a valid subject. But that has been written about over and over. These writers were not committing themselves to the struggle. They were committing their poetry to itself, to its craft, to its beauty.”

Rowell says an anthology of black writers as well as his journal Callaloo remain necessities, because young black writers still have a more difficult time getting published than their white colleagues. He says he has no plans to retire from his mission any time soon.

“I’m prepared to do battle,” he says. “And that has been my whole life: to do battle with whatever I confront that is anti-me or anti-community. Not with a loud screaming voice, mind you. Or sounding revolutionary. But doing the work that’s necessary to do.”

Here is a sample of the poets included in “Angles of Ascent” who have been profiled previously on the NewsHour.

For more poetry coverage by the PBS NewsHour, visit our [Poetry Series](http://www.pbs.org/newshour/poetry/) page.