NEW YORK — Christo, known for massive, ephemeral public arts projects died Sunday at his home in New York. He was 84.

His death was announced on Twitter and the artist’s web page. No cause of death was given. 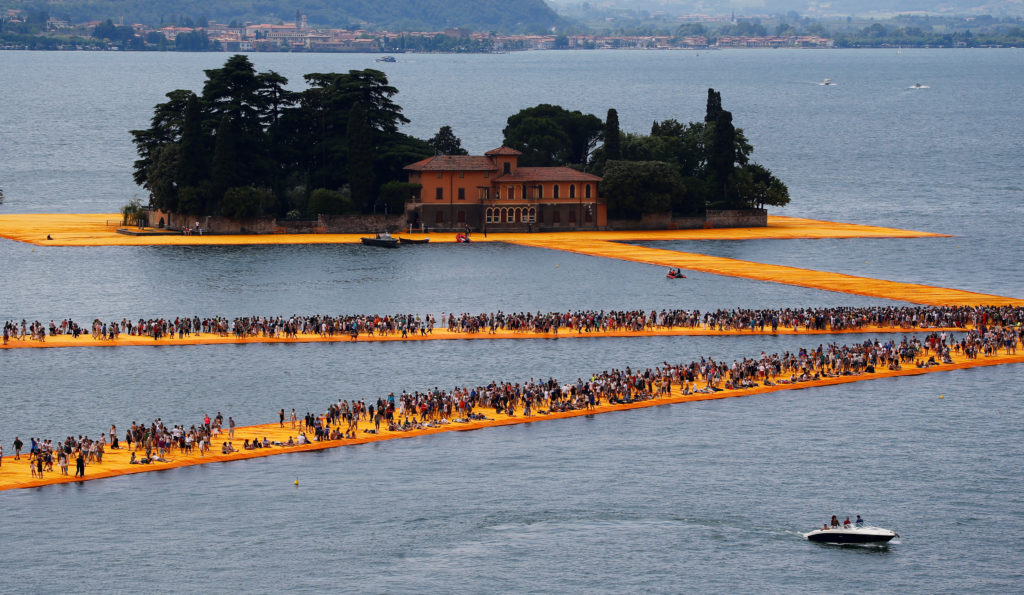 Along with his late wife Jeanne-Claude, the artists careers were defined by their ambitious art projects that quickly disappeared soon after they were erected. In 2001, he installed more than 7,500 vinyl gates in New York’s Central Park and and wrapped the Reichstag in Berlin in fabric with an aluminum sheen in 1995. Their self-financed $26 million Umbrellas project erected 1,340 blue umbrellas installed in Japan and 1,760 blue umbrellas in Southern California in 1991.

The statement said the artist’s next project, L’Arc de Triomphe, Wrapped, is slated to appear in September in Paris as planned. An exhibition about Christo and Jeanne-Claude’s work is also scheduled to run from July through October at the Centre Georges Pompidou.

“Christo lived his life to the fullest, not only dreaming up what seemed impossible but realizing it,” his office said in a statement. “Christo and Jeanne-Claude’s artwork brought people together in shared experiences across the globe, and their work lives on in our hearts and memories.” 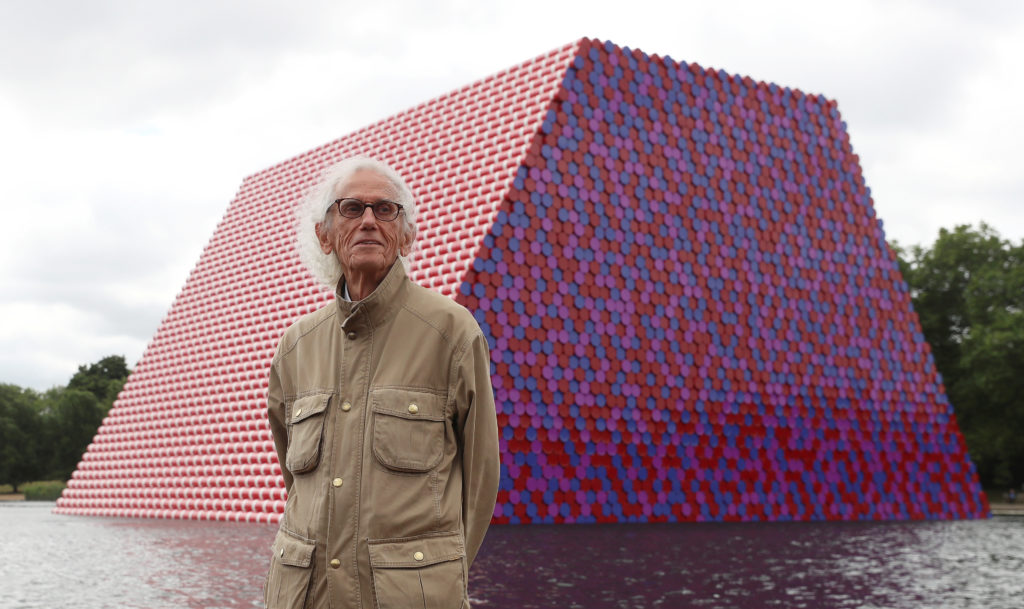 Artist Christo stands in front of his work The London Mastaba, on the Serpentine in Hyde Park, London, Britain, June 18, 2018. Photo by Simon Dawson, Reuters.

Born in Bulgaria in 1935, Christo Vladimirov Javacheff studied at the Fine Arts Academy in Sofia before moving to Prague in 1957, then Vienna, then Geneva. It was in Paris in 1958 where he met Jeanne-Claude Denat de Guillebon, who would become his partner in life and art.

Jeanne-Claude died in 2009 at age 74 from complications of a brain aneurysm.

Left: Bulgarian-born artist Christo Vladimirov Yavachev known as Christo talks to the media ahead of the opening of the exhibition "Christo" at the Galerie Gmurzynska art gallery in Zurich, Switzerland April 19, 2018. Photo by Arnd Wiegmann, Reuters.