We’re excited to announce our September pick for “Now Read This,” our book club in partnership with The New York Times. It’s one of the most talked-about debut novels in recent years: “Conversations With Friends,” by the young Irish writer Sally Rooney. 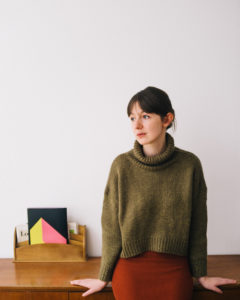 Dubbed the “first great millennial author,” Rooney, who is 28, often writes about how relationships play out in our modern era, and how the personal is intertwined with the political. Rooney told The New York Times she hopes to reach readers like herself, “people who share my ideology or have a similarly jaundiced view of social systems.”

“Conversation with Friends,” which is set in Dublin, is a novel told through the eyes of 21-year-old Frances, a student of big ideas and intellectual convictions — until several relationships spin out of her control. It’s a novel about belonging and growing up, about bad decisions and human nature, and about how the world doesn’t always fit into the archetypes we’ve seen or read.

The novel is currently being adapted to film, along with Rooney’s second book, “Normal People,” which made the longlist for the 2018 Man Booker Prize.

At the end of September, Sally Rooney will join us on the PBS NewsHour to answer reader questions about “Conversations with Friends.” We hope you’ll join us and read along.