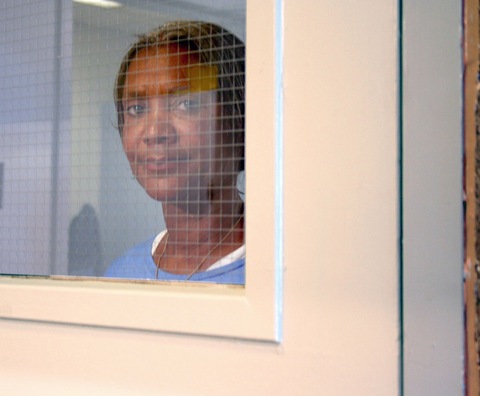 On Thursday’s NewsHour, we will feature an excerpt of the film “Crime After Crime”, which traces the legal battle to free Deborah Peagler from a California prison 20 years after she was connected to the murder of the man who had abused her and forced her into prostitution. It’s part of our series, in partnership with The Economist magazine, showcasing the art of filmmaking. 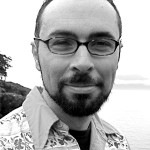 “Crime After Crime” was produced, directed, and edited by Yoav Potash. The film has earned a Golden Gate Award for Investigative Documentary Feature, in addition to numerous other major film festival awards. “Crime After Crime” is Potash’s first feature-length film. He co-produced and co-directed the one-hour documentary “Food Stamped,” about the challenge of eating healthy on a limited budget. He is a graduate of U.C. Berkeley and has taught courses in film and video at Bay Area Video Coalition.

We asked Potash to describe the challenges of obtaining access to make “Crime After Crime,” and the impact that the film is having.

I first heard about the story of Deborah Peagler from Joshua Safran, one of the two attorneys who had volunteered to represent her in 2002 when California became the first state in the U.S. to allow incarcerated survivors of abuse to petition courts for their freedom. While Joshua was a friend of mine, in truth I did not immediately latch onto the story. Unlike a case in which DNA evidence proves someone had nothing to do with the crime, Deborah’s case was not clear-cut. I knew that she in fact did have a role in the murder of the man who had abused her, but that she had perhaps been “over-prosecuted.” It took time for me to see that the complexities of Deborah’s story might make it more compelling, rather than less so. Not yet fully committed to making a film, I agreed to meet Deborah.

Getting into a maximum security prison sometimes feels nearly as hard as getting out of one — especially when you are trying to bring a lights and cameras in with you. But as it happens, the first job I ever landed behind a video camera was as a legal videographer, taping depositions of witnesses for possible use in court. After some discussions, Deborah’s legal team decided that it would be wise for them to hire me as their legal videographer, and I was allowed to film Deborah in this context.

Over the course of a six-hour interview, Deborah impressed me as someone who not only had survived hellish experiences of abuse and injustice, but who also lived an inspiring life despite her past and present conditions. She had been beaten with a bullwhip and forced into prostitution as a teenager, and eventually sentenced to life in prison for going along with her mother’s plan to allow two men to defend her from her batterer. (The men killed her abuser and were prosecuted as well.)

While it would be easy to imagine that Deborah would be bitter about all of this, she exuded optimism, leading the prison choir, teaching other inmates to read, and earning college degrees herself while behind bars. When the prison gates slammed shut behind me after my first long visit with her, I was committed to telling her story. I thought it would take a year to complete a film. It took the next five and a half years, but I never looked back on that decision or doubted the worth of her story.

The next step for me as a filmmaker was to determine how I could get cameras into prison outside of the attorney/client context. The California Department of Corrections never allows media access to specific inmates — only to general groups of inmates. I proposed a separate documentary about the “general” category of inmates who took advantage of the prison’s church, work, and social programs — half of which Deborah Peagler led or participated in.

As Deborah’s legal battle dragged on for year after year, I continued to film her in both of these contexts — as her legal videographer and as a filmmaker working on a film that the prison officials were pleased with. All the while I was most passionate about Deborah’s fight for her freedom, and I filmed all kinds of footage outside of the prison to support the telling of that story. When the wrangling between Deborah’s legal team and the Los Angeles District Attorney’s Office became controversial and eventually downright explosive, I knew that my footage could — and should — play a significant role in bringing public awareness to the facts at hand.

In the end, I know that the film had an impact on Deborah’s case (though I certainly won’t give away the ending here), and we can see that the film is now having an impact on how other similar cases are being perceived and handled. Only now, as states across the U.S. are facing a need to reduce their prison populations due to budget constraints, is our justice system realizing that for many women serving life sentences, their primary “crime” was defending themselves or their children from abuse and sexual exploitation. While every case is different and should be looked at on its own merits, I am glad that the film is prompting our courts and legislators to examine these incidents more closely.

“Crime After Crime” will have its television premiere on Thursday night at 9 p.m. ET (8 p.m. CT) on OWN, the Oprah Winfrey Network.