Ballerina bids adieu by performing in public spaces around Portland

Alison Roper, one of several principal dancers at Oregon Ballet Theatre, is retiring. Her last performance will be Celebrate, a production in part honoring her storied career with the company.

OBT was founded in 1989 and Roper has been dancing with them since 1996. She’s held the highest rank for the company, principal dancer, since 2007. She has performed under three different artistic directors and has had 50 world premieres created for her.

Dance has been part of Roper’s life since she was 6 years old. With an exception of four years, she’s never stopped. She’s performed through stress fractures, a bone infection and pregnancy. But at 40, the injuries linger. She’s decided it’s time to leave the stage. She’ll still teach and she’ll become OBT’s major gifts officer. But her life is changing.

Arts & Life sat down with Alison Roper to get a sense of what her world will look like after leaving the stage. Below is an edited Q&A. 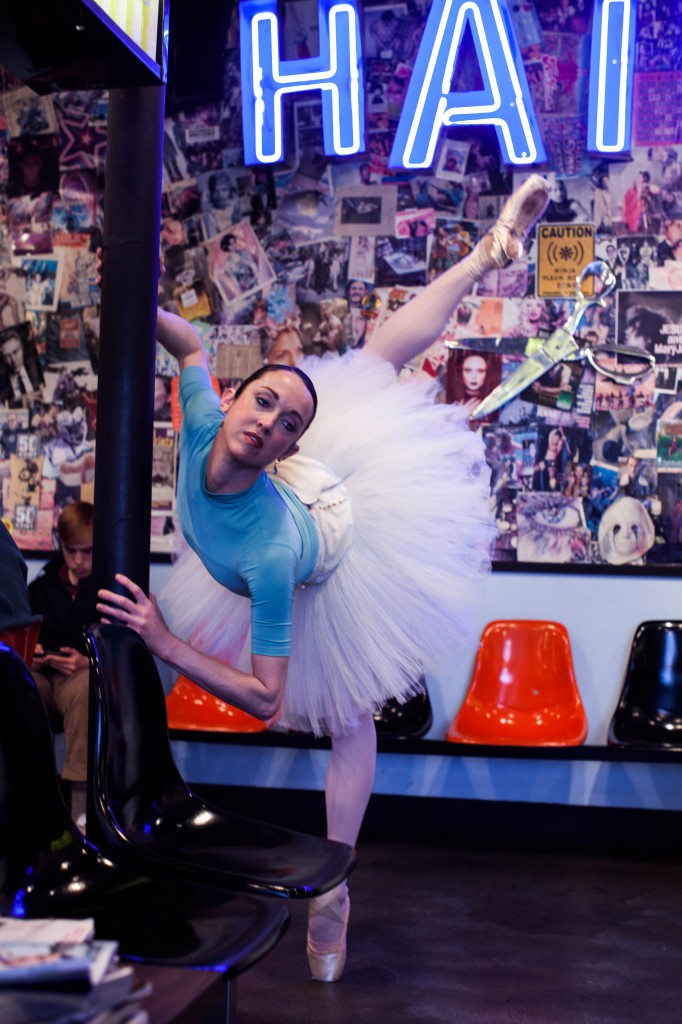 Alison Roper inside of Bishops barbershop in Portland. Photos by Kris Regentin/OPB

ALISON ROPER: Someone told me the other day they’re so sad already, they’re already quite upset that I’m retiring. I said, Oh gosh please don’t be sad.

I don’t like the idea of people feeling sad for me. I’ve done it as long as I can and I’ve enjoyed every moment. But I wouldn’t want to do it longer when I’m not feeling good. And feeling in pain all the time. That would be not who I’ve been as a dancer.

ARTS & LIFE: Is there any part of you that’s looking forward to not having all that demand on your body?

ALISON ROPER: It’s going to be sort of a double-edged sword. It’s demanding, and we’re hard on ourselves. You work pretty hard. And you’re often not completely happy. Or, I’m not always completely happy with what I see every morning when I look at myself in the mirror.

And I think it’ll be satisfying to let go of that a little bit. And focus a little bit more on liking what I see when I look at myself in the morning. It’s kind of touch and go. In dance, you want to be really self-critical. You want to improve. You want people to tell you what’s wrong with you so you can get better. It will be a little bit nice maybe to take a step away from that.

ARTS & LIFE: What about having more time with your family? 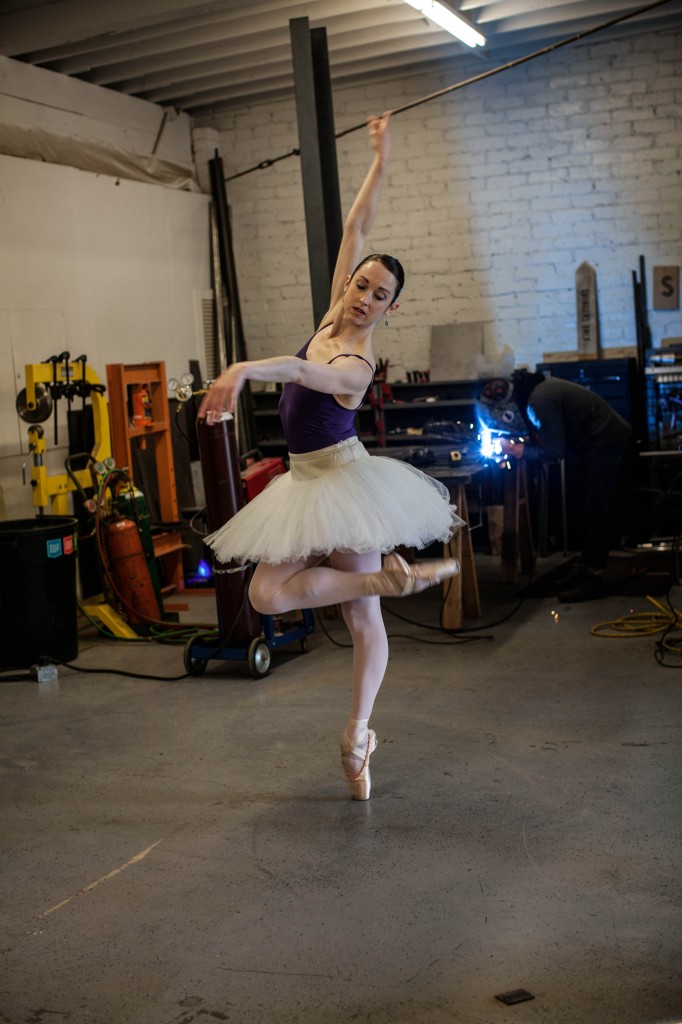 He said to me, during this last show, ‘Mom, are you going to the theater tonight?’ I said, ‘I am.’ And he said, ‘I can’t wait until you stop dancing so you don’t have to go the theater at night anymore.’ Which, I felt bad.

ARTS & LIFE: Is there something to be said about dancing from 20 to 30 to 40? How has time changed the way you dance?

ALISON ROPER: Perspective changes. It’s funny, just the other day in rehearsal, my partner Jordan Kindell (who joined the company for the 2012/2013 season), said, ‘You don’t seem like you get as tired as me. Why not?’ And I said, ‘I think you learn how much energy you have to use.’ There’s no way to learn that until you’ve done a lot of different kinds of pieces with a lot of different parts. 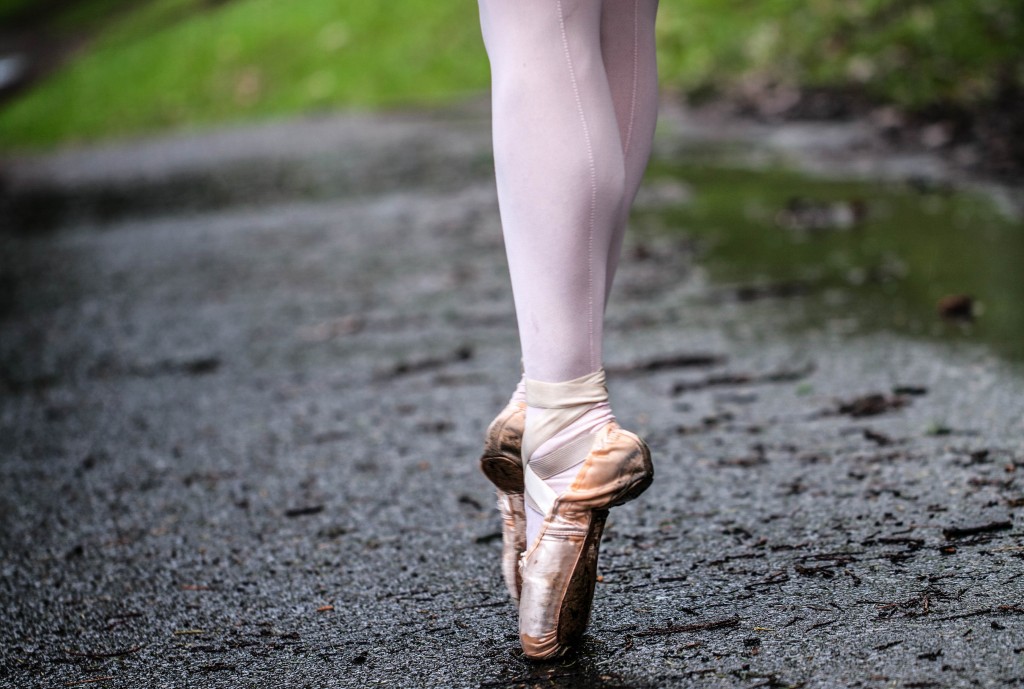 I had such a struggle with that as a young dancer, in my early 20s, where I just wanted to blow it all out of the water. It would be like you have to go on a long run, but you start out at a sprint. And then at some point you’re like, ‘Man, I’m dying here.’ And other people are passing you.

Yesterday, my physical therapist we work with here said there should be a ballet company for like 40-, 50- and 60-year-olds. I would like to see what this looks like, professional dancers performing in their 60s.

He sees as the dancers mature they become more interesting to his eye. He said, ‘I don’t want you to just sit behind a desk. I want you to still share.’ And I was like, ‘It’s an interesting idea.’

ARTS & LIFE: Has more or less dancing since you were 6 years old influenced the way you move in the world?

ALISON ROPER: My neighbors, when I moved to a new neighborhood, they said even before they found out what I did for a living they thought the way I gardened was very graceful. Or I’m out with my neighbors and I bend over to pick up something off the sidewalk and I realize that I’ve like done a kind of a penché. And people laugh and I’m like, ‘Was that funny? I just was trying to pick this drink up.’

ARTS & LIFE: What type of sacrifices did you have to make to pursue this life of being a ballerina?

ALISON ROPER: I had three stress fractures in my back when I was 13. And I wore a back brace for nine months. We worked really hard. My parents took me to Boston to find a different doctor who helped me. And a physical therapist who helped me rehab. 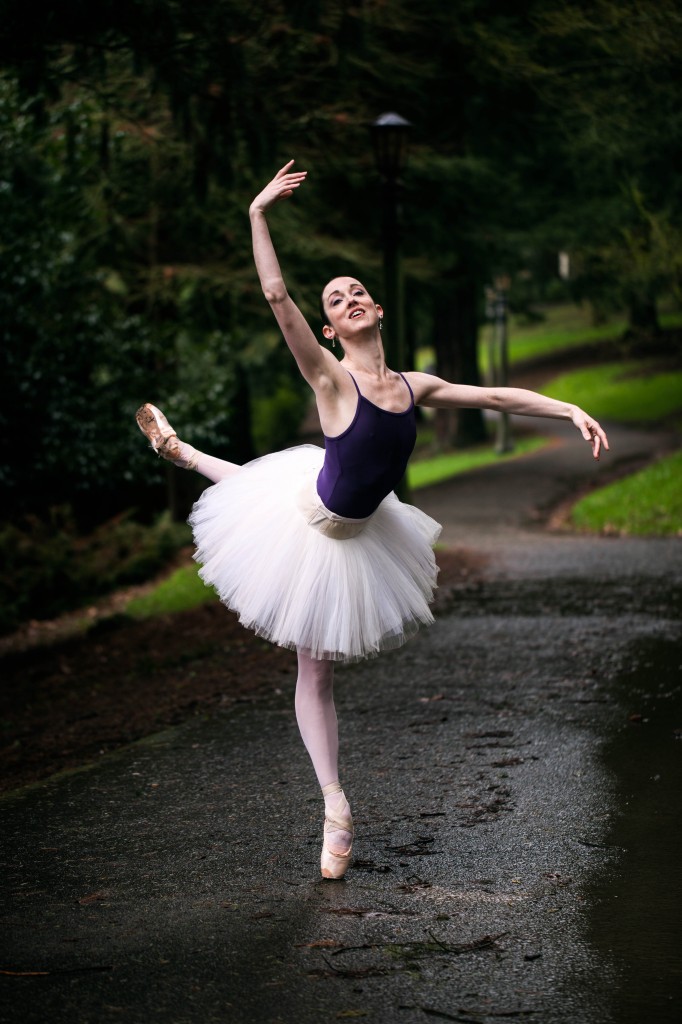 Then kind of through the experience of stopping dancing and starting again, I realized there are certain things I wasn’t going to be willing to give up in order to dance.

I went to my director, at that time was James Canfield, and I said, ‘Did you tell him to tell me to lose weight?’ And he said, ‘No. I never would have done that.’ And I said, ‘OK, cause I won’t.’ So I have been pretty firm about what I will and won’t do.

I do push myself pretty hard. But I wanted to have children, so I had children. I was always really clear with my directors, this is something I’m going to do. My husband is older. We want to have children.

I felt like I had to do that to kind of stay put together in this world, which can really take you over. I feel like ballet wants all of you. And I was willing to do that as far as I wouldn’t quit for an injury. I wanted to be here as much as I could be. But I also realized I had to keep parts of myself for myself too.

This story was published first by Oregon Public Broadcasting.