Shakespeare loses to the Wu-Tang Clan in vocabulary duel

“To be, or not to be” could have been the perfect start to a rap song. Some have even called Shakespeare the original rapper, his use of iambic pentameter the first dropped beat.

So, it seems fitting that when comparing the range of vocabulary among hip hop artists, data scientist Matt Daniels would also incorporate the Bard himself — whose entire collection of work included a total of 28,829 unique words forms, with 12,493 appearing only once.

In order to include younger rappers in the data, Daniels compared the first 35,000 lyrics — or in Shakespeare’s case, the first 5,000 words of seven of his works — of 85 different rappers from Salt-n-Pepa to Drake. He then counted each unique word to determine the extent of a rapper’s vocabulary. 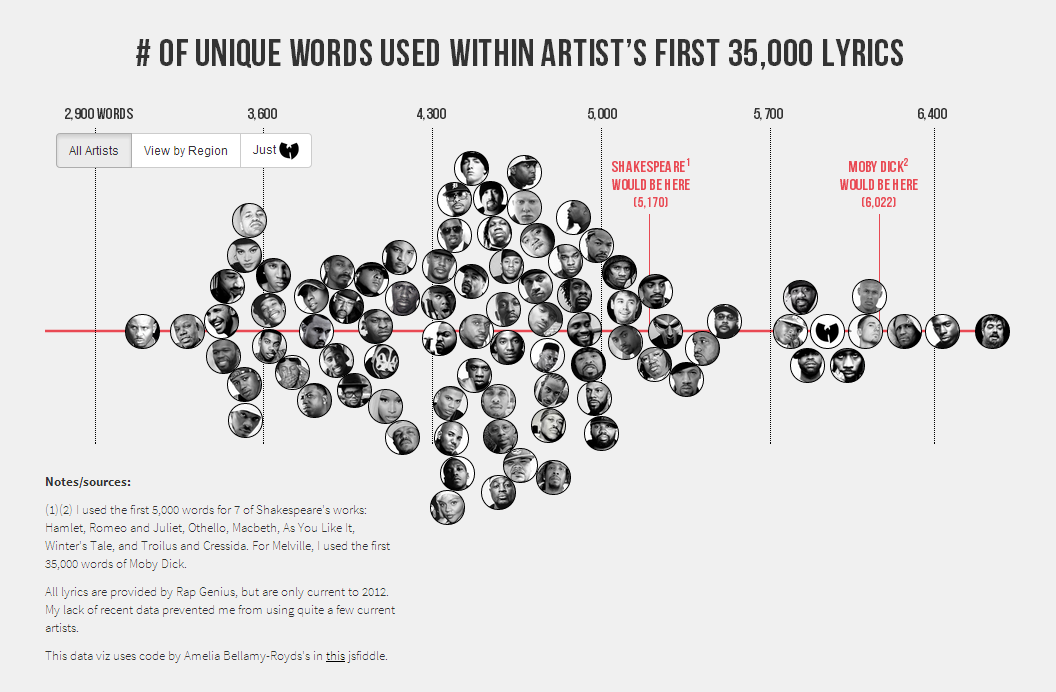 Where did Shakespeare place? That is the question.

Rapper Aesop Rock held the top spot with the use of 7,392 unique words. The Wu-Tang Clan’s GZA — whose “Dark Matter” album inspired a flood of science rap submissions from PBS NewsHour viewers last year — wasn’t too far behind with 6,426 unique words. DMX ended up in the last slot with a total of 3,214 unique words.

And Shakespeare? He landed near the middle range with a total of 5,170 unique words, right in the middle of Outkast and the Beastie Boys, among others.