David Bowie, the man who fell to earth, dies at 69

David Bowie, legendary pop singer-songwriter, died at the age of 69, following a months-long battle with cancer, a rep confirmed Monday to The Hollywood Reporter.

“David Bowie died peacefully today surrounded by his family after a courageous 18-month battle with cancer,” read a statement posted to the Bowie’s official Facebook page. “While many of you will share in this loss, we ask that you respect the family’s privacy during their time of grief.”

Very sorry and sad to say it's true. I'll be offline for a while. Love to all. pic.twitter.com/Kh2fq3tf9m

Tributes to the British rocker have been rolling in worldwide and from Berlin to the International Space Station. 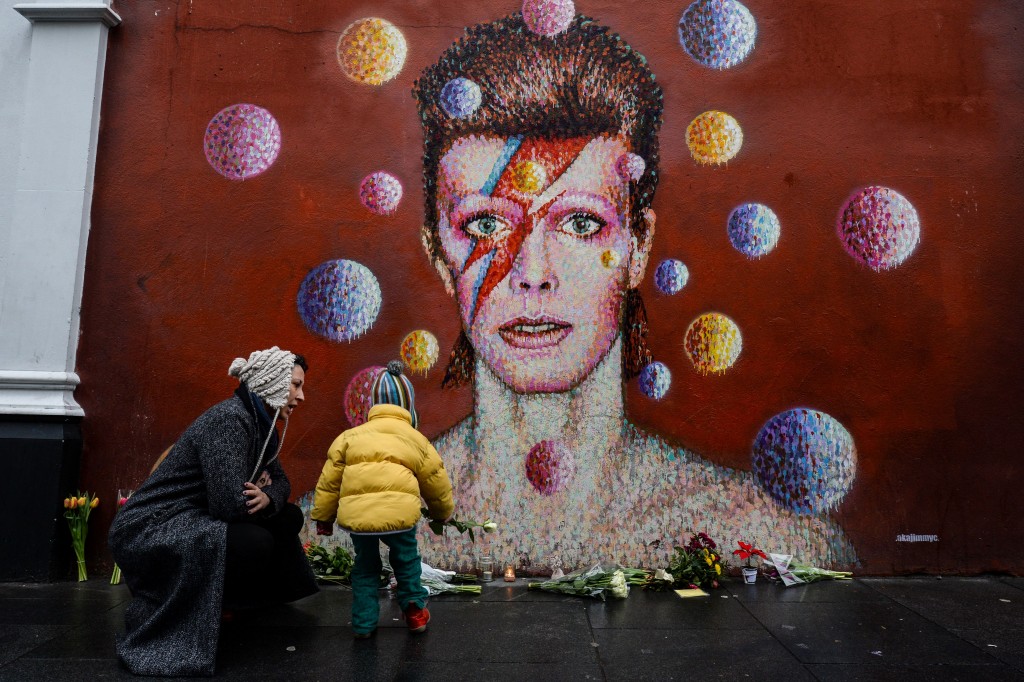 Floral tributes are left beneath a mural of David Bowie, painted by Australian street artist James Cochran, aka Jimmy C, following the announcement of the singer’s death at age 69. Photo by Chris Ratcliffe/AFP/Getty Images

The British star’s career spanned more than five decades, including the 25th studio album “Blackstar” that was released on his birthday Friday.

Born David Robert Jones in London in 1947, the young musician’s career began as a singer and saxophonist in several unsuccessful folk bands. By the time he went solo in 1967 with a self-titled debut album, the musician dropped his birth name Davy Jones to avoid confusion with another Jones of the Monkees.

Although the newly established David Bowie persona still played folk songs, the work started to turn to extraterrestrial heights, beginning with 1969 single “Space Oddity.” When asked by his mother what he wanted to be when he grew up, Bowie was quoted as saying: “Mum, I want to be an Artist, even a Star.”

Bowie’s pop star aspirations meant shedding old characters for new ones. There’s the androgyne on the covers of “The Man Who Sold the World” and “Hunky Dory.” The pop alien Ziggy Stardust and his Spiders from Mars. The Thin White Duke’s coke-fueled paranoia and balladeering. The art rocker who still made time for soaring love songs like “Heroes.” A full-bodied embrace of pop music in the 1980s. And, like any pop star, he had some questionable detours, like fronting hard rock band Tin Machine.

The hits included “Rebel, Rebel,” “Young Americans,” “Changes,” and No. 1’s “Let’s Dance” and “Fame.” But focusing on Bowie’s chart-toppers ignores his other measures of influence, such as his electronic experimentation while in Berlin.

Bowie also had a late period resurgence that had a fitting denouement for a lifetime of role play.

“I’m dying to push their backs against the grain and fool them all again and again,” Bowie sang on “Dollar Days,” a ballad off “Blackstar,” his last album.

In 1992, Bowie married Somali-born model Iman, with whom he had a daughter, Alexandria Jones. 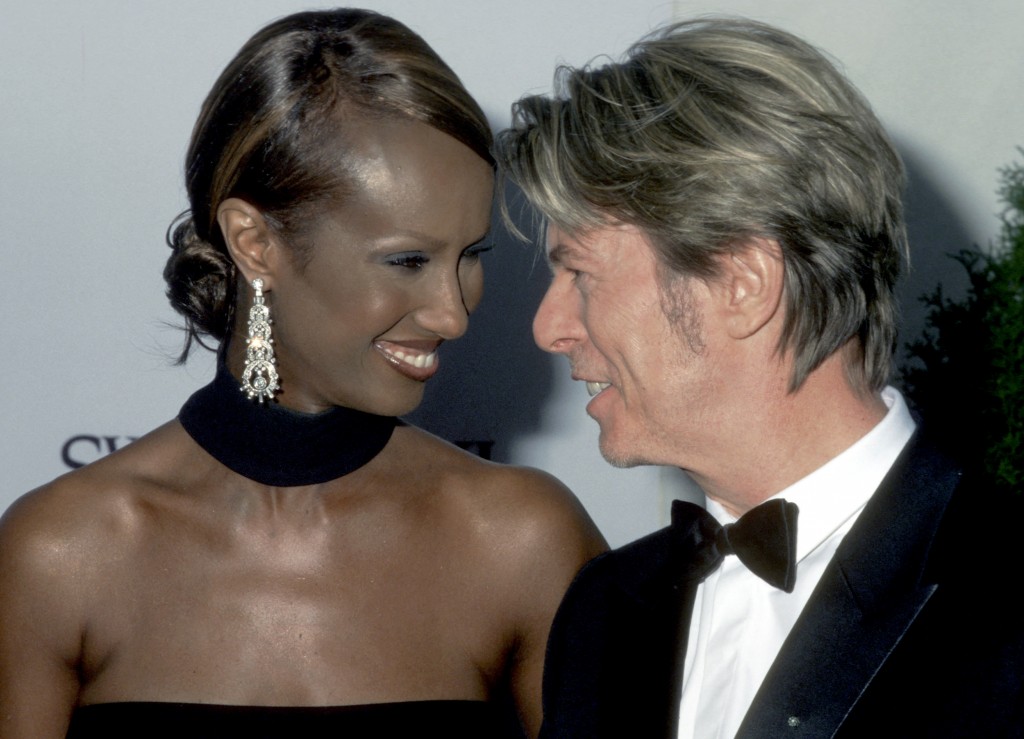 The pop icon also acted in several movies, including 1986’s “Labyrinth,” where he donned skintight leggings and a teased-out wig as the Goblin King and played futurist Nikola Tesla in 2006’s “The Prestige.”

Most famously, Bowie played an alienated alien in Nicolas Roeg’s “The Man Who Fell to Earth” in 1976.

In a 1975 interview with Creem, Bowie downplayed a direct interest in science fiction or that his character in Roeg’s film was a literal space invader.

“My character is … essential man, man in his pure form who’s corrupted or brought down by the corruption around him. But it’s never definitely said where he comes from, and it really doesn’t matter. I mean, he could come from under the sea, or another dimension, or anywhere,” he said. “The important thing is what happens between the people. It’s a very sad, tender love story that evolves over a long period of time.”

Bowie’s discography had a fascination with space that led one to believe he was Major Tom floating among the stars. Turned out, he was Ground Control.

Left: Musician David Bowie performs onstage during his "Ziggy Stardust" era in 1973 in Los Angeles. The legendary music man died after an 18-month battle with cancer. He was 69. Photo by Michael Ochs Archives/Getty Images