Discussion questions for ‘Earning the Rockies’

Our September pick for the PBS NewsHour-New York Times book club, “Now Read This,” is Robert Kaplan’s “Earning the Rockies: How Geography Shapes America’s Role in the World,” a mix of road trip, memoir, history and political analysis. Become a member of the book club by joining our Facebook group, or by signing up to our newsletter. Learn more about the book club here.

Below are questions to help guide your discussions as you read the book over the next month. You can also submit your own questions for Robert Kaplan on our Facebook page, which he will answer on the NewsHour broadcast at the end of the month. 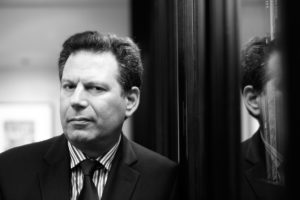 1. In “Earning the Rockies,” Kaplan relies heavily on the work of Bernard DeVoto, an American historian with a passion for public lands. He writes that DeVoto saw how “the geography of the American West freighted the United States with a precise and unprecedented international destiny.” Do you agree with this statement? If so, what is that destiny?

2. Kaplan writes that the American character remains a frontier attitude, which manifests itself today in capitalism, Silicon Valley, and the activities of the Army and Navy. Do you see the frontier attitude of the early settlers as still relevant today?

3. Kaplan calls our modern era “an age when technology tricks us into thinking geography irrelevant.” Do you think this is true? How do you see the geography still shaping the country today?

4. “Earning the Rockies” devotes a number of pages to describing how America’s geography is unique, one way being that the country has more miles of navigable inland waterways than the rest of the world combined. What are some other ways? Why does this matter?

5. Why were the Rockies and America’s desert particularly hard to settle? What were the motivations of the people who did?

6. Kaplan describes an earlier reporting road trip in which he found everyone in America was focused intensely on their local history. Do you find this to be true today?

7. Among Kaplan’s analyses is the claim that idealized concepts have “rarely taken firm root in America” because people are too busy making money, which he sees as an extension of the frontier ethos of “doing” rather than “imagining.” Do you believe that’s the reason why? Do you see other reasons?

8. In “Earning the Rockies” Kaplan laments that the removal and decimation of American Indians was simply “eminently practical for the settlers,” more practical than allowing coexistence. What do you think America would have looked like had coexistence with Native people and traditions happened instead?

9. Several pages in the book are devoted to what Kaplan sees as a backlash to globalization in America right now, in which people do not or cannot adapt to a multinational cultural fusion. This failure to adapt is blamed in part on America’s size and geography, in which parallel universes can exist in urban and rural areas. How do you think geography plays a role in differing attitudes toward globalization today?

10. Kaplan writes: “If a small city is not connected in some demonstrable fashion to other continents, it is dead.” Have you seen this to be true in any American cities you’ve lived in or visited?

12. “The United States may have fought unnecessary wars in Vietnam and Iraq, making situations in those countries worse rather than better,” Kaplan writes, “but over the chasm of decades, since the mid-twentieth century, the U.S., through both it’s military and diplomatic service, has made the world far less unstable and far more friendly to civil society than it would otherwise have been.” Do you agree or disagree with this statement? Why?

13. Kaplan describes rarely hearing people talk politics while he’s on the road, but instead discussing the challenges of daily life. Is that your experience as well, even as politics dominates the news?

14. He also describes the media as “a carapace, a noise barrier, underneath which the real drama of the nation is played out.” How do you see the media today?

15. “Earning the Rockies” describes how the Hoover Dam created the American Southwest, but also how such a project may not be possible today. Why?

16. Do you see America’s geography as exceptional?

17. Toward the end of the book, Kaplan argues that American foreign policy may require both morality and amorality, because to lend humanitarian efforts may also require the amoral acquisition of power to maintain interests. Do you agree with this statement?

18. Kaplan closes by saying he wants us to remember not some but all of the lessons of the frontier. What are the foibles and lessons that you think bear remembering?