The dy(e)ing art of Mexico’s Mixtecs

On the shore of Mexico’s Huatulco National Park, Habacuc Avendaño loosens a snail out from underneath the craggy rocks.

Holding several strands of white thread, he flips over the snail to reveal its flesh, gently squeezes it and rubs the white liquid that emerges onto the string.

The thread turns yellow, green and finally purple after drying in the sun.

As he has done for decades, Avendaño returned the snail to its humid but shady home among the rocks. 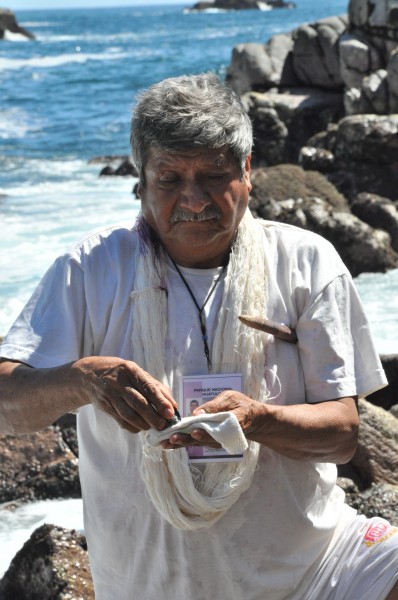 Habacuc Avendaño rubs the liquid from a purple sea snail onto threads of white cotton, which will eventually turn royal purple after drying in the sun. Image courtesy of Mexican Dreamweavers

For centuries, the indigenous Mixtec people of Mexico’s Oaxaca region have used the purple dye that comes from milking a sea snail to make their brightly colored clothing, but the snail – and their way of life – is in danger.

Advocates say the snail (Plicopurpura pansa), known to the Mixtecs as tixinda, is under threat from poachers and increased tourism in the area.

The purple marine mollusk of Oaxaca is related to the Mediterranean muricids, which were used by the Pheonicians as early as 1570 BC to dye the fabrics worn by the upper class a reddish-purple shade known as Tyrian purple.

A bluer hue of the color became known as royal purple during the Elizabethan era.

Patrice Perillie, an immigration attorney who supports the indigenous dyers and weavers with her organization Mexican Dreamweavers told PBS NewsHour that dyers need around 1,000 snails to color four ounces of cotton thread. 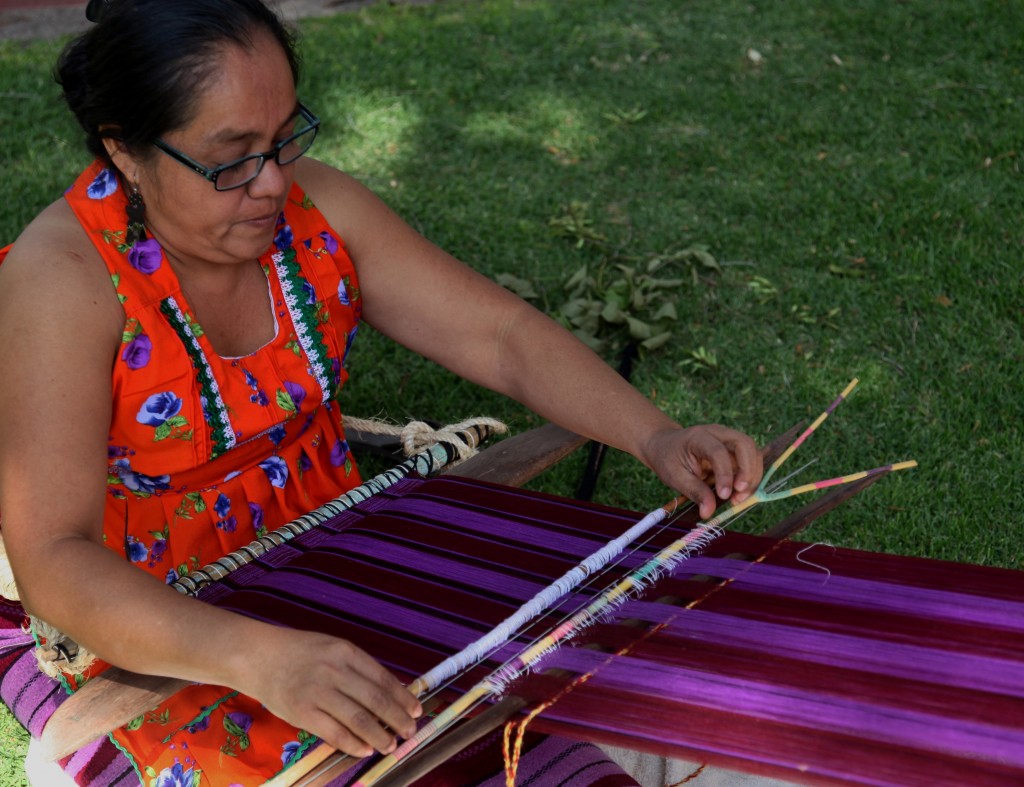 Seen here is a member of the Tixinda Weaving Cooperative for women, who uses a backstrap loom to create an enredo (wrap) skirt. Image courtesy of Mexican Dreamweavers

While Mexico’s National Commission of Aquaculture and Fishing has regulated the collection of the snails since 1988, Avendaño estimates that in five years there are likely to be no more milkable snails, unless something more is done to protect them.

Perillie said that some 300,000 Mixtecs have gone to the U.S. over the years, often because they were unable to make a living selling their woven wares.

“Let’s not force them to migrate,” Perillie said. “I want people to preserve this ethnic group.” 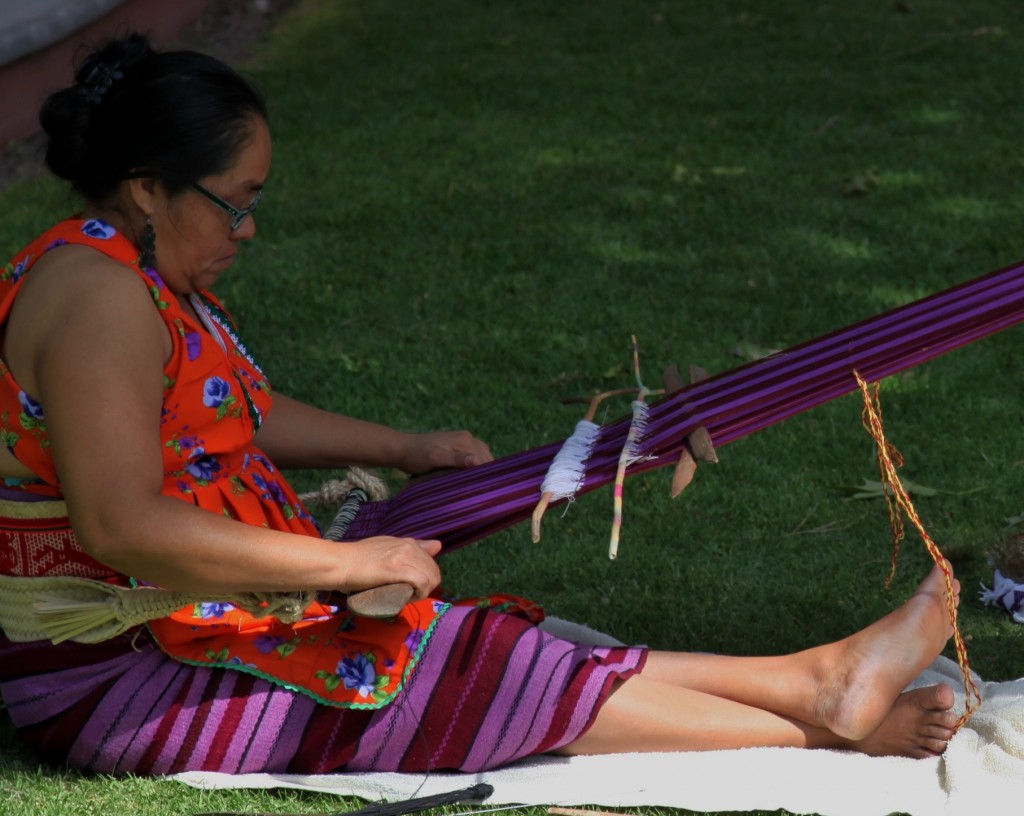 A strap around the lower back secures this weaver to the loom bar. She uses the same portable and inexpensive weaving device as her ancestors used centuries ago. Image courtesy of Mexican Dreamweavers

Avendaño, 74, who has been milking the purple snail since 1956, came to the U.S. for the first time at the end of August to speak about his craft at The New York Botanical Garden, following a screening of the 2006 documentary about his work.

He is one of 15 men, all over the age of 50, who are licensed to farm and milk the snails – a tricky operation if the person wants to preserve the snail’s life – in Pinotepa de Don Luis, one of the last places where this traditional practice continues.

Age has caught up with Avendaño. His hands tremble and the added weight he has put on over the years make it challenging to balance on the sea rocks and squeeze between them to collect the Plicopurpura pansa, he said.

But Avendaño still returns to the beach every lunar cycle, or 28 days, to practice his craft.

“Of course, this is not work you can live by,” he said. “It is a culture that was passed down to us by our ancestors, and one which we are working on preserving today.”

Left: Habacuc Avendaño holds out cotton thread that has been dyed a greenish-blue and purple from the liquid of a marine mollusk. Mexico's Mixtecs have used liquid from the Plicopurpura pansa snail for centuries to dye thread for their brightly colored clothing. A dwindling sea snail population threatens that practice. Image from ClothRoads: A Global Textile Marketplace