How Edward Albee felt about his most famous work

Edward Albee, who interrogated contemporary life with plays that exposed the drama and psychology of human relationships, died Friday at 88, his personal assistant Jakob Holder confirmed.

Albee’s long career earned him Pulitzer Prizes for A Delicate Balance, Seascape and Three Tall Women, along with two Tony Awards and a Tony Lifetime Achievement Award. But his most famous work, “Who’s Afraid of Virginia Woolf?” was his biggest source of acclaim.

The conversation between the older and younger couple eventually devolves into “a series of horrifying, macabre psychological games, cruel challenges and spilled secrets,” The New York Times wrote. In one monologue, Martha describes her husband George: “George, who is out somewhere there in the dark, who is good to me – whom I revile, who can keep learning the games we play as quickly as I can change them. Who can make me happy and I do not wish to be happy.”

Albee said he wrote the play’s cutting dialogue to dig “so deep under the skin that it becomes practically intolerable.” 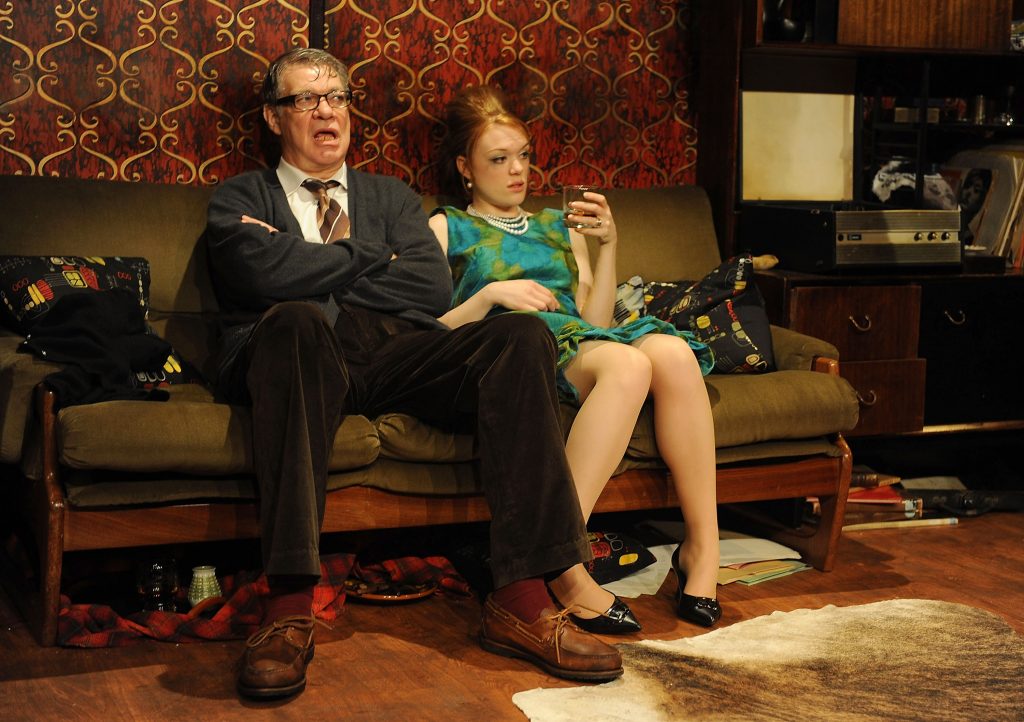 His approach to the play reflected his general approach to theater. He told the NewsHour’s Jeffrey Brown in 2005, “The purpose of serious theater has always been to hold a mirror up to people and say, ‘Hey, this is you. If you don’t like what you see, why don’t you change?'”

And it worked: upon the play’s opening in 1962, The New York Times’ Howard Taubman said it was “possessed by raging demons. It is punctuated by comedy, and its laughter is shot through with savage irony. At its core is a bitter, keening lament over man’s incapacity to arrange his environment or private life so as to inhibit his self-destructive compulsions.”

It was first staged in 1962 at the Billy Rose Theatre on Broadway, starring Uta Hagen and Arthur Hill. It was nominated for a Pulitzer Prize in 1963, but the advisory board, who awards the prize, said it was not “uplifting” enough — a complaint “related to arguments over sexual permissiveness and rough dialogue,” according to the Pulitzer Prizes website. Two Pulitzer jurors resigned in protest of the decision. 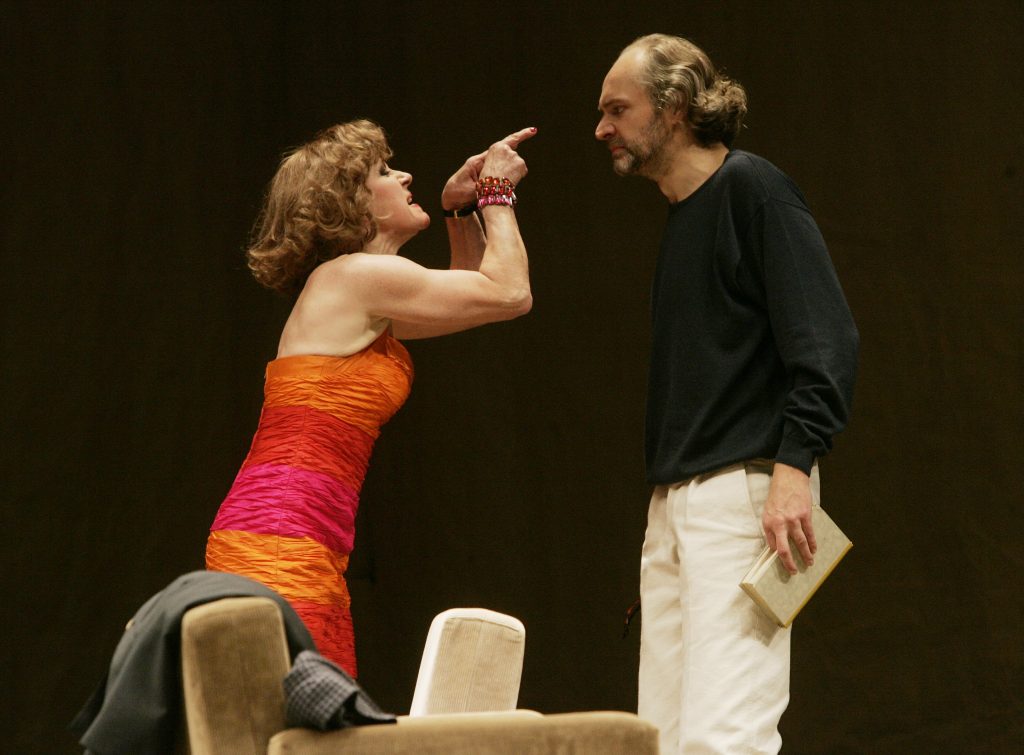 Actors Maria Bill as Martha and Guenter Franzmeier as George perform during a dress rehearsal of Edward Albee’s play “Who’s Afraid of Virginia Woolf?” on stage of Vienna’s Volkstheater, on Oct. 4, 2007. Photo by Herwig Prammer/Reuters

Albee told the Paris Review in 1966 that the play’s name came from soap graffiti on a saloon mirror:

“There was a saloon — it’s changed its name now — on Tenth Street, between Greenwich Avenue and Waverly Place, that was called something at one time, now called something else, and they had a big mirror on the downstairs bar in this saloon where people used to scrawl graffiti. At one point back in about 1953 …1954, I think it was — long before any of us started doing much of anything — I was in there having a beer one night, and I saw ‘Who’s Afraid of Virginia Woolf?’ scrawled in soap, I suppose, on this mirror. When I started to write the play it cropped up in my mind again. And of course, who’s afraid of Virginia Woolf means who’s afraid of the big bad wolf who’s … afraid of living life without false illusions. And it did strike me as being a rather typical university, intellectual joke.”

Over the years, Albee’s success interspersed with plays that were panned by critics, in a mix that Playbill called “a roller-coaster output of hits and misses.” He found that Virginia Woolf’s success “hung about my neck like a shining medal of some sort – really nice but a trifle onerous,” as he described in 1996.

He told the NewsHour in 2005 that people expected him to write the same play over and over again. “When I wrote a metaphysical melodrama about ‘Tiny Alice,’ that upset people because it wasn’t ‘Son of Who’s Afraid of Virginia Woolf.’ There are two bad things for a writer: Imitating other people and imitating himself. I never wanted to do either one. So you always keep on guard for both of those,” he said.

He acknowledged that many playwrights become known for one key piece. “It’s better to have one that people know you for than none, and you put up with the other stuff,” he told Brown. “It should never be comparative, because any playwright, every play he writes is the first play he’s ever written.”