Editor’s Note: President Obama renewed national focus on gun violence on Tuesday as he gave an emotional speech to announce a new plan to tighten sales by gun dealers. In attendance were former Rep. Gabrielle Giffords, and Mark Barden, whose son died in the Sandy Hook Elementary massacre in 2012. For two years, photographer Joe Quint has traveled around the country to photograph and interview other survivors of gun violence for his series “It Takes Us.” We asked him what we can learn from their stories.

It was slow-going at first. When I first started, I put out a call for my immediate network of people to see if they knew anybody who had been affected by gun violence, and sure enough, a couple of people did. I started photographing them, and then it grew.

Until people started to get to know me and they started to see the work and they started to see photos of people they knew, and they could feel it was going to be handled in a genuine, respectful, dignified way, there was some understandable hesitance and reluctance. But now it’s picked up a lot of momentum. As recently as today, somebody reached out to me and said, “I heard about this, and I lost my son five months ago, and I’d really like to be a part of it.”

They want people to know what they’re experiencing and what happens when the news cameras go away and they’re left to live their lives. They’re left to deal with Thanksgiving and Christmas and birthdays and anniversaries and family vacations with this huge sense of loss, when so many people are saying, “You’ve mourned enough, it’s time to get on with things.” They want to share their story because it’s part of their own recovery. It’s a way for them to feel like they’re doing something to prevent this from happening. I hear it all the time: “If I can prevent just one other family from dealing with what I’m dealing with, then it’s worthwhile.” 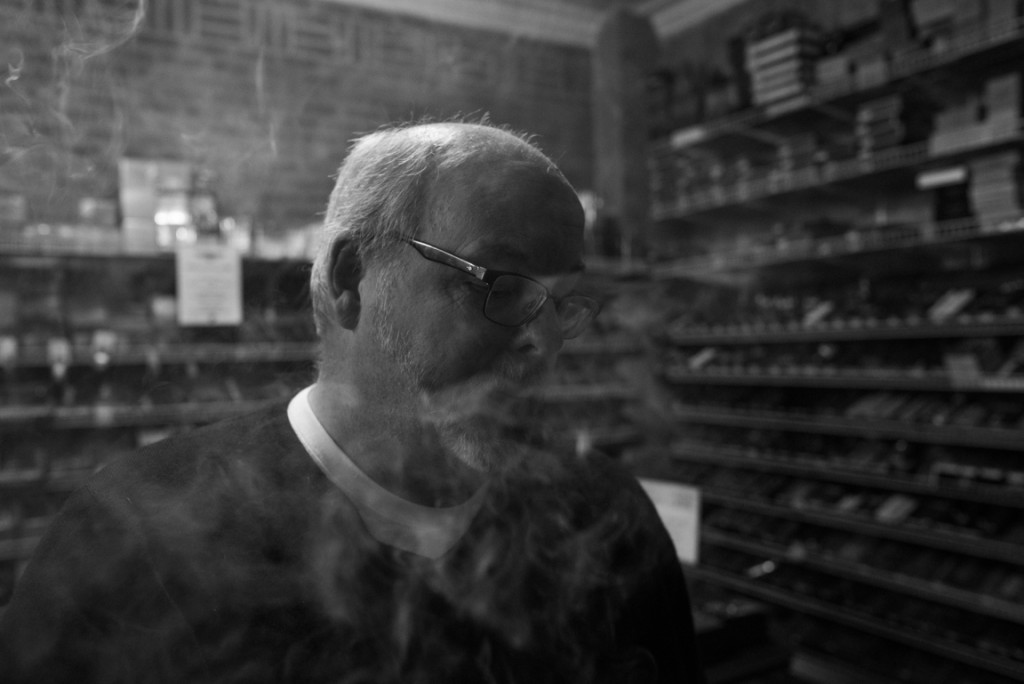 Tom feels connected to his son Alex, among those murdered in the Aurora theater shooting, when he visits the cigar bar where they used to go together. Photo from “It Takes Us” photo series by Joe Quint

When I first started, the focus of the project was the impact of gun violence on survivors and the families of victims. But then it was brought to my attention that there’s this whole world of other people who were witnesses, who were there, who weren’t physically wounded but bear the same emotional and psychological trauma as those who were — that’s just a whole other level of impact, that’s a whole other layer of society that is affected. When you peel it back to that level, the numbers of people who have been affected just grow exponentially. And who’s telling their story? Maybe they don’t get media coverage because on the surface, they seem fine. 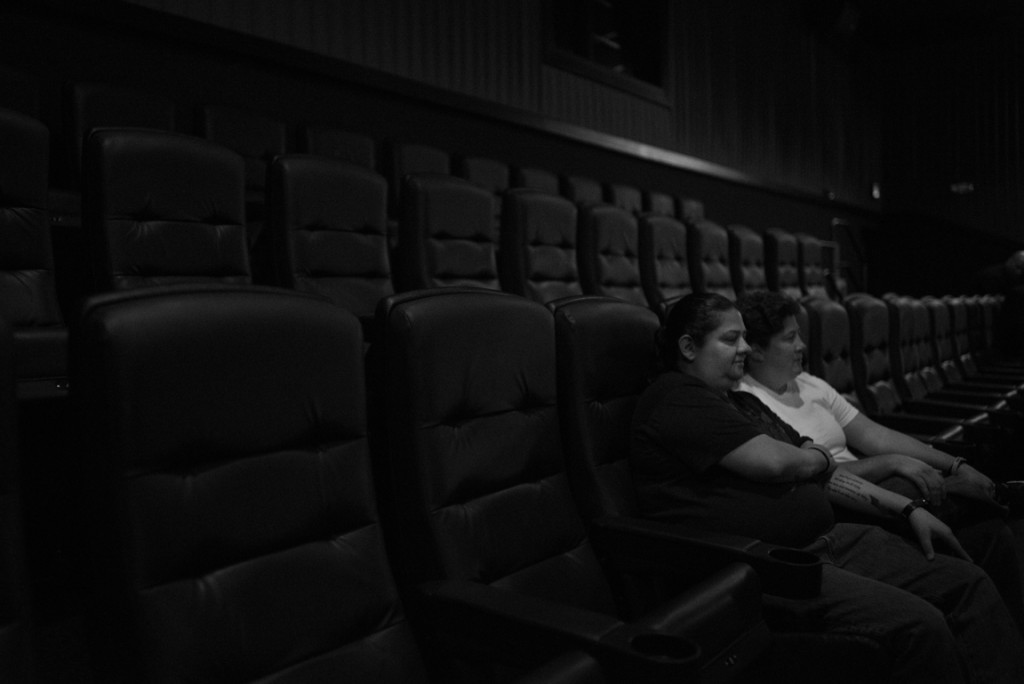 Karen and Amy were watching “The Dark Knight Rises” in an Aurora, Colorado, movie theater when the shooting began. While not physically wounded, they bear the same emotional and psychological trauma as those who were. They still regularly attend movies at that theater and sit in the very same seats. Photo from “It Takes Us” photo series by Joe Quint

Left: Jane hates this part of her home, because it's the exact spot where she learned that her sister was among the educators killed in the shooting at Sandy Hook Elementary School. Photo from "It Takes Us" photo series by Joe Quint