WATCH: The film that captures the heart of Damascus before the war

The late afternoon sun is setting in Damascus. A flurry of birds lands on the ledges of a tower. Storm clouds gather overhead.

Syrian filmmaker Waref Abu Quba captured these peaceful moments on film in February and March of 2011, shortly before civil war erupted in his country.

In Damascus – في دمشق from Waref Abu Quba on Vimeo.

For three years, this footage remained on his camera while he moved away from Syria and between countries, eventually arriving in Germany. Now, after nearly five years of war in Syria and amid a growing refugee crisis, they have taken on a new meaning in his short film “In Damascus” (2014).

Abu Quba grew up in Al Tal, a small town near Damascus. At the outbreak of the war in 2011, he decided to flee the country. “And that’s where my journey started,” he said.

He moved to Dubai for 70 days — the maximum amount of time he could stay there with his temporary visa — and then to Jordan for two years. During that time, he took on freelance projects “to pay the rent,” he said.

In 2014, he landed in Germany and sought asylum there. Meanwhile, he worked on finishing the film and set the footage to a poem by Palestinian poet Mahmoud Darwish.

The three years that had passed had given a new perspective to the footage, he said. Initially, “I wanted just to show something beautiful of the city,” he said. “But when the war started in Syria and things got more violent, I [decided] to give a message through the film.” 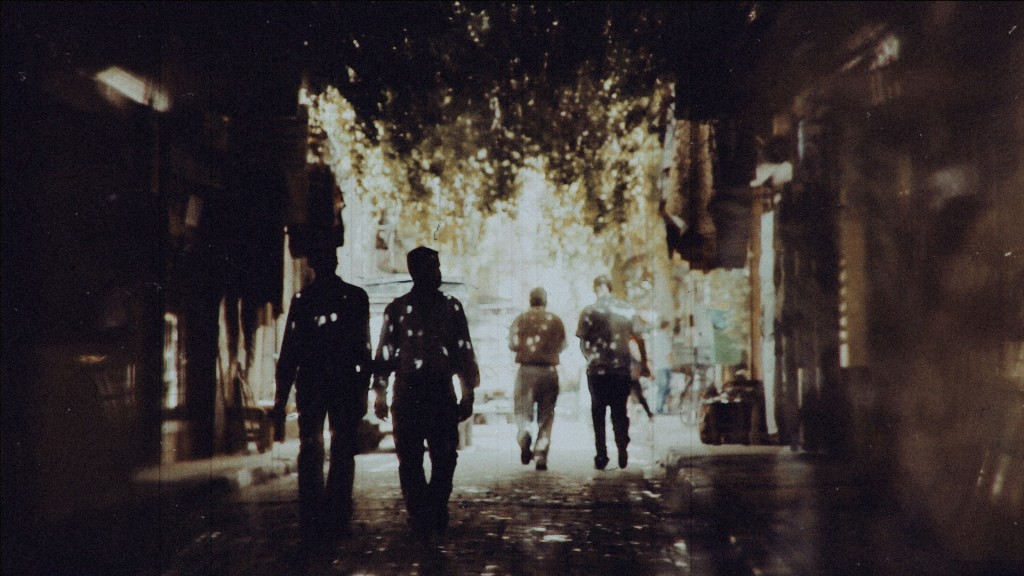 The film makes viewers think about how the state of a city’s structures reflects the suffering of its citizens in wartime, he said. “All of the sudden, so many people [have] interest what’s going on in Damascus right now. [They ask] is everything we saw in the film in ruins now?” he said. “I wanted to represent the suffering of Syria through the city. Because if the buildings are in ruins, then the people have suffered a lot,” he said.

Today, the city and its surrounding areas face the threat of violence on a daily basis; last week, 57 people were killed in Douma, a suburb of Damascus, when government forces dropped missiles on a crowded marketplace, multiple agencies reported.

As one of the oldest cities in the Middle East, Damascus plays a special role in Syrians’ lives, making it a daunting subject to address, he said. “I [was afraid] to be dealing with a big concept like the city of Damascus,” he said. “The city, for Syrians, has a big part in their hearts, and I was very afraid to do something that didn’t reach the quality that the city deserves.”

Now, Abu Quba lives in Darmstadt, Germany, which reportedly set up a refugee camp in under 24 hours in August and threw a party for refugees in September. He is working on a new project — an experimental film titled “Stadt, Licht und Bewegung” (“City, Light and Movement”), told in three chapters, that he said would be “my thank you to the Germans, to the government and to the people of Darmstadt, for accepting us.”

He said he wants the film to help counter negative stereotypes against Syrians. “There [are people] who take the news only from the TV, and they have big fears [and] Islamophobia. They don’t know anything about Syria,” he said. “It’s a small part from what I’ve seen, but I’ve encountered some of those people.”

For the film, he worked with three musicians from different countries — Abel Okugawa from the U.S., Syrian-Palestinian composer Suad Bushnaq from Canada and Markus Nestele from Germany — each of whom scored one of the film’s chapters.

He plans to debut the film in Germany in mid-December.

Left: A scene from Waref Abu Quba's short film "In Damascus," shot in Damascus, Syria, in 2011.