Filmmaker Greg Whiteley goes backstage with the Romneys in ‘Mitt’

When Greg Whiteley first heard about a meeting the Romney family held to discuss whether Mitt Romney should run for president in 2008, Whiteley thought it sounded like the beginning of a great documentary.

Little did he know that he would end up with “Mitt,” a Netflix original documentary that provides an intimate look at the former presidential nominee and his family over the course of two campaigns.

“I found myself in situations and places where I had to pinch myself,” Whiteley told chief arts correspondent Jeffrey Brown during a recent Skype conversation. “I couldn’t believe what I was seeing. I couldn’t believe that I was allowed to have a camera rolling while these things were happening.” 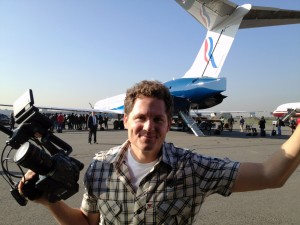 Greg Whiteley was nominated for two Emmy awards for his documentary “Resolved,” which aired on HBO in 2007. Photo courtesy of Netflix

Over the course of the six years it took Whiteley to make the film, the Romneys became comfortable with his presence and his camera, but he never got the access to the campaign staff that the filmmaker desired.

“I naively assumed that would mean access to the campaign staff as well … I was told in a rather pointed way that I was just not welcome … I was always frustrated that I couldn’t get more campaign stuff.”

In this scene from “Mitt,” Romney tries to write a concession speech after losing to Barack Obama in the 2012 election. 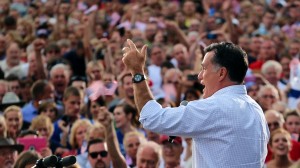 Mitt Romney on the campaign trail in “Mitt.” Photo courtesy of Netflix

Instead of a story about campaign strategy, “Mitt” is a documentary about a candidate and his loved ones, coping with the campaign trail, the public spotlight and the unfulfilled desire to become president. These “backstage moments,” as Whiteley describes them, are a way to get to know a public figure in a whole new light.

“At the end of the day the film is probably made more unique by the fact that I was not allowed that access to the campaign staff … I believe that the film is better for it.”