In his new film “112 Weddings,” Doug Block revisits nine couples whose weddings he filmed over the course of two decades.

Twenty years ago, a friend offered him a one-time gig shooting a wedding. Block, an independent director whose newest film “112 Weddings” premiered on HBO at the end of June, needed the cash.

But the job appealed to him as an artist, too.

“What is the stuff of movies?” he asked. “So many fiction films, Hollywood movies, are about ordinary people — you know, ‘the most extraordinary day in the life of an ordinary person.’”

Shooting a wedding was his chance to be a fly on the wall at the real-life version of that day, he realized. He took the job, shooting the nuptials in a documentary-style, with little editing afterwards. 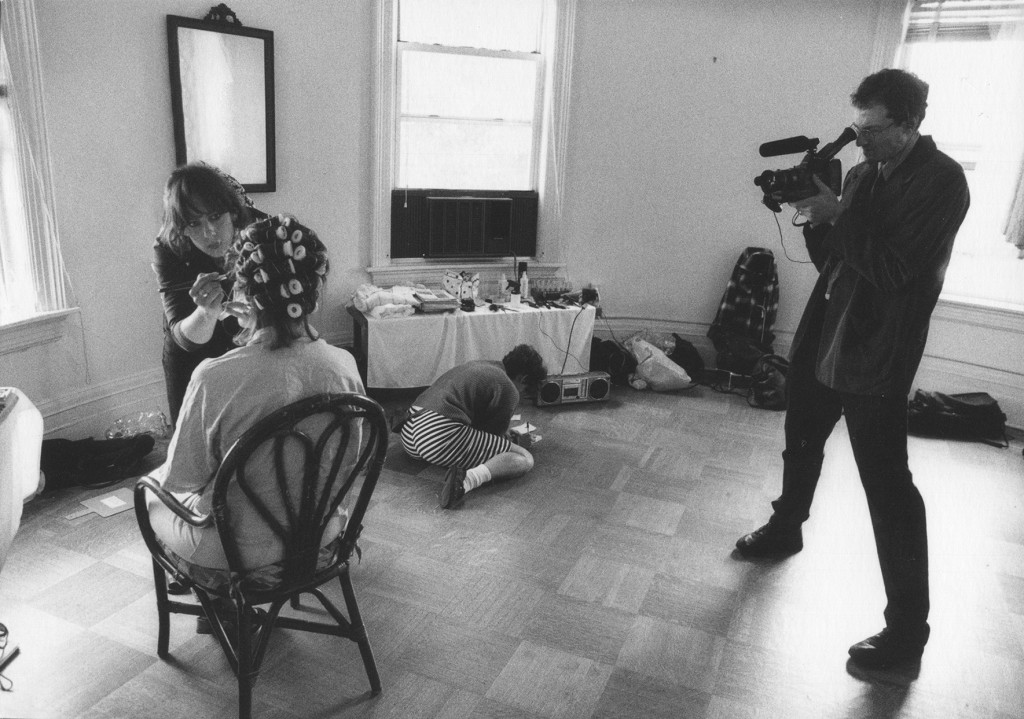 The couple, named Sue and Steve, loved it and Block instantly saw potential for a day job.

“What you want most as a documentary filmmaker is access to your subjects,” he says. “And here they’re paying me good money to have incredible access.”

Over the next two decades, Block filmed weddings to help finance his life as an independent filmmaker. He shot seven ceremonies the same summer he finished “51 Birch Street,” a chronicle of his parents’ less-than-perfect 54-year marriage which helped make his name. Week after week, editing footage of his parents’ marital struggles by day and filming joyous, bright-eyed newlyweds at night, he began to wonder: what happened to his clients after the band had packed up, the caterers cleared out and married life began? 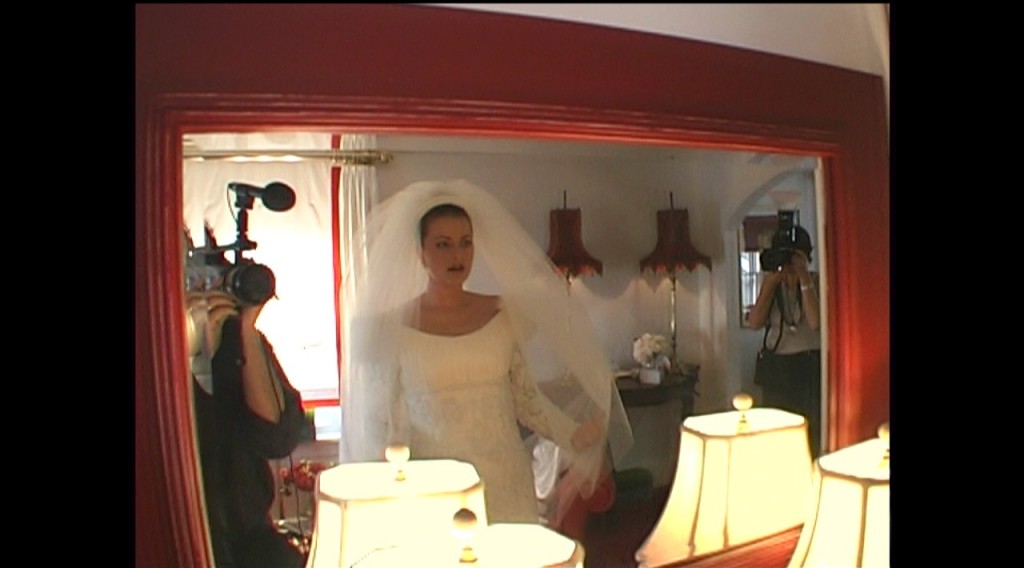 This line of personal questioning led him back to the subjects of those old wedding videos. By then, there were over 100 couples in all, some of whose weddings had taken place nearly 20 years earlier. It turned out that, despite the natural drama of a joyful, tearful, boozed-up wedding, the real stories had unfolded out of sight of Block’s watchful eye.

He retrained his camera onto nine couples, initially intending to ask “variations on two basic questions… what did you expect marriage to be going into it, and what did it turn out to be?”

Instead, Block was surprised to find himself exploring a larger question: why does anyone get married in the first place?

“112 Weddings” explores the answer by combining interviews with original wedding footage filmed over the past 20 years.

By the time they sat back down for the documentary, the couples have aged seven, 13 or 19 years. Some of the changes are visible: weight gain or loss, of graying or thinning hair. Some have had children. They share the challenges and triumphs of their marriages — struggles with mental illness, learning to be parents, balancing work and family.

Block interviewed most couples side by side, interested in how they interacted with each other.

“Sometimes there’s a little dance, like an evasive dance that the couples are doing because they don’t want to answer,” Block says, “and that might be as revealing if not more revealing than anything they might say.”

The two divorced couples in the film presented their own narrative choreography. Sue and Steve, for instance, that very first couple, had signed divorce papers mere days before they appeared separately on camera.

Along with his old clients, Block also introduces us to one young couple for the first time, Heather and Sam, whose upcoming nuptials will be his titular 112th. Block purposely matched scenes of their eager preparations — the dress fitting, the photo shoots — against all the other couples.

“Every time you see them, then you’re bringing the experiences of the couples who’ve been married to them.” 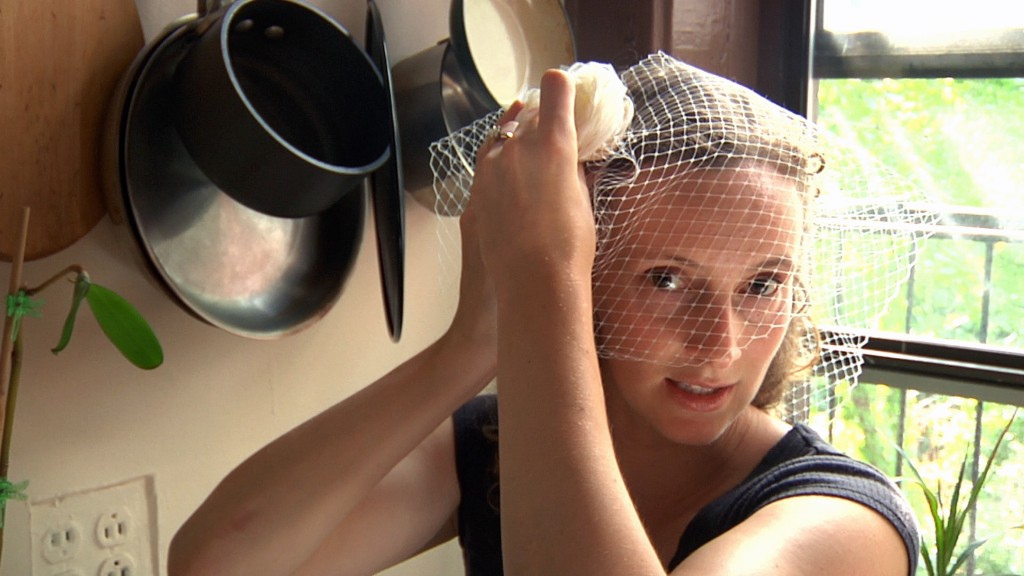 Heather Dodge trying on her veil. Photo courtesy of HBO

Still, the soon-to-be-wed Heather and Sam seemed somehow different from the long-married couples sharing the screen.

“So many of the issues that come up would come up if you’re just living together,” he realized. “So then what is it about the autograph you put down on a piece of paper that actually changes everything about a relationship?” 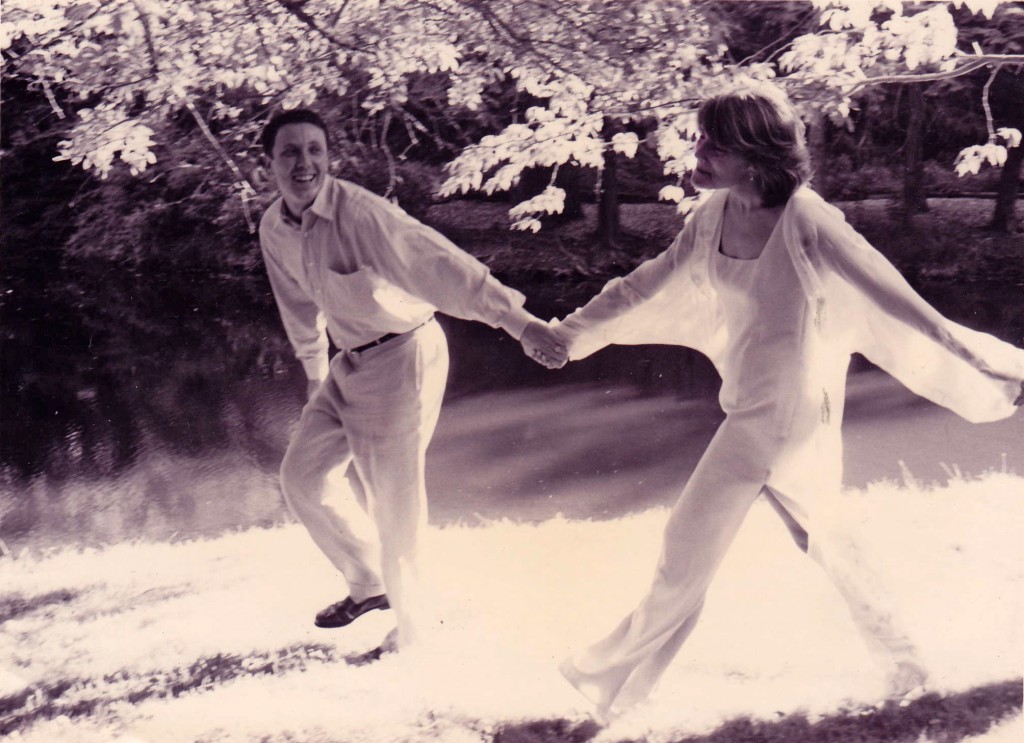 Alexander and Janice Caillet at their wedding. Photo by Linda Peckman Dubliner, courtesy of HBO

It’s a question that many of the couples return to themselves. Janice and Alexander had chafed at the idea of traditional marriage when Block filmed their partnership ceremony 13 years ago. As the parents of two teenage daughters, they decided to make it official, citing decidedly-unromantic legal concerns like hypothetical hospital visitation rights. Despite their decade-and-a-half of commitment, their shared home and parenting responsibilities, the two acknowledge an emotional shift after the small home ceremony (filmed by Block, of course).

Anna, one half of the film’s only same-sex couple, describes that shift as a sense of being welcomed into a larger married culture.

“Marriage is just this really important social institution and it’s … one of the ways in which our society kind of defines citizenship,” she says in the film. “I think you can’t just deny the reality that that’s just how society is structured today, and in order to have an equal place in that, it makes sense to get married.” 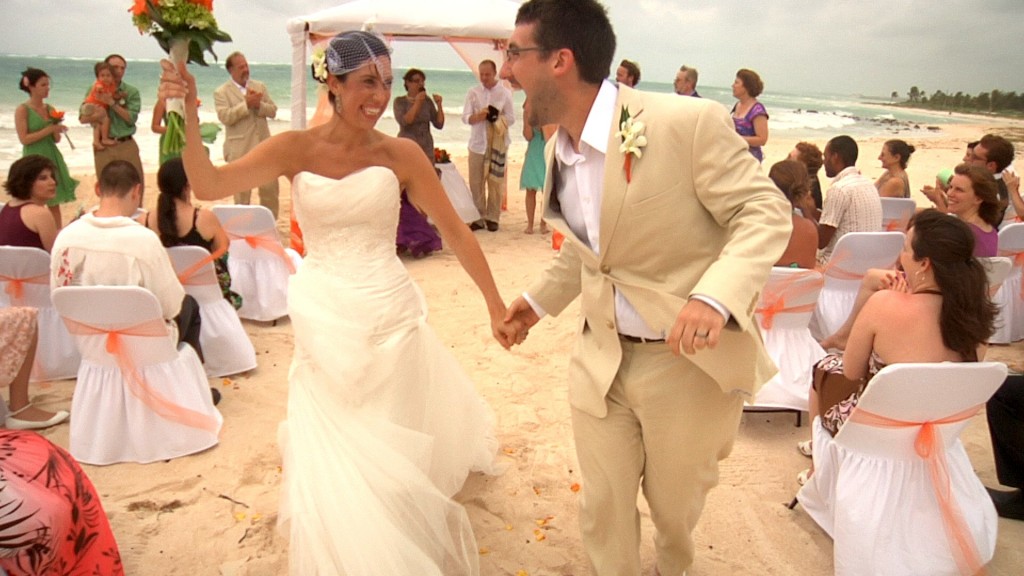 Block agrees that the change doesn’t come from within the marriage, but from others.

“The world has certain expectations of marriage, and they throw that on you as a couple … Over time, that finds its way into your own relationship, that you start thinking of yourself as a married couple, as opposed to just two people living together,” said Block.

“You absorb that from everyone else, and I think it does change the way you relate to each other.”

Pressures from family and friends may contribute to those preconceptions, says Block, but he also cites movies, in particular, for imposing ideas like the “soul mate” onto relationships.

Block thinks that “112 Weddings” can begin to lift that idealized veil. He says filmgoers will “learn by projecting” how they would have reacted under the same circumstance.

“‘What would have happened if I had gone through that, if my child had gotten sick? Would we have lasted together? Could we have made it through that?’ It’s always about putting yourself in the same position as the characters … and speculating about what that would be like, and then learning from that.”

That is, he adds, the joy of his profession: “I get to facilitate that.” 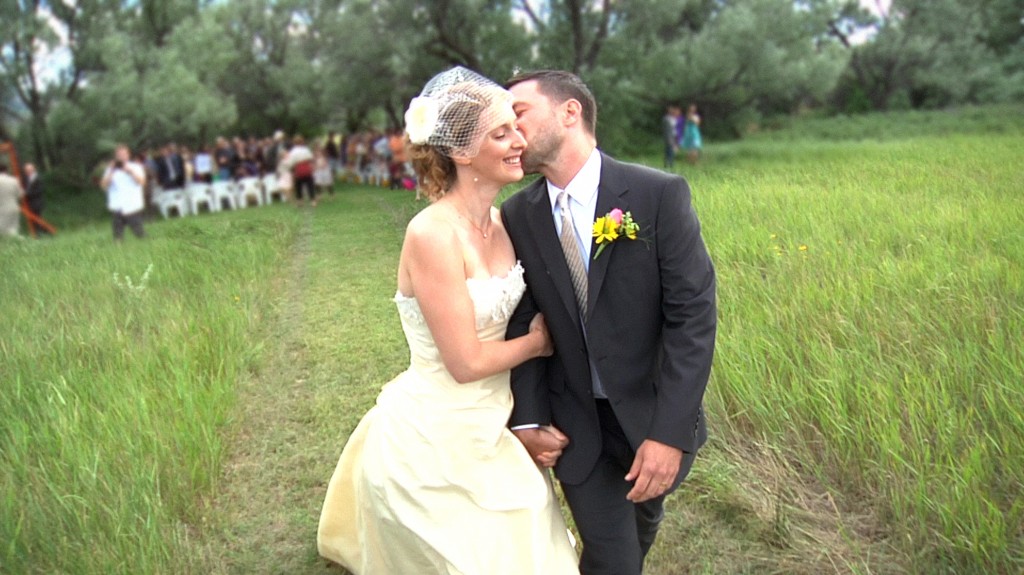 Heather and Sam Dodge at their wedding. Photo courtesy of HBO

“112 Weddings” ends, as so many romantic films do, with a beaming bride and groom at the altar. But Block believes that after sharing the experience of so many other marriages, the audience will look at that iconic moment between Heather and Sam a little differently.

“By the time Heather walks down the aisle at the end, it’s not just the simple happy context that we always think of when we think of that moment,” says Block.

Still, the filmmaker could not resist one cinematic flair: a big swell of music a Heather and Sam say their “I do’s” at the film’s close.

It was hard to resist, Block laughs. “It’s so embedded in us, in our DNA. Those movies, those damn movies!”

“112 Weddings” is available on HBO Go, iTunes, Amazon and Dogwoof TV. There are also screenings of the film at documentary festivals in the U.S. and U.K.