George Martin, longtime producer for English rock band the Beatles, died peacefully at his home Tuesday, his manager confirmed in a statement.

Beatles drummer Ringo Starr was among the first to pay tribute on Twitter. “Thank you for all your love and kindness George peace and love,” he wrote. British Prime Minister David Cameron called Martin a “giant of music.”

Thank you for all your love and kindness George peace and love xx😎✌️🌟💖 pic.twitter.com/um2hRFB7qF

Paul McCartney said Martin was a “true gentleman and like a second father to me.”

“He guided the career of the Beatles with such skill and good humour that he became a true friend to me and my family,” the Beatles songwriter and bassist said in a statement. “If anyone earned the title of the fifth Beatle it was George.”

The classically trained producer is responsible for 23 U.S. and 30 UK No. 1 singles — a Billboard record — but is best known for his work with the Fab Four. Affectionally known as the “fifth Beatle,” Martin produced all but one of the English quartet’s albums. (Phil Spector handled producer duties on 1970’s “Let It Be.”)

“A producer’s role is still a mystery to most music-listeners, isn’t it?” Martin told The Wall Street Journal in 2012. “Put simply, my job was to make sure recordings were artistically exceptional and commercially appealing, maximizing the qualities of artists and songs.”

That even meant telling the Beatles’ manager Brian Epstein that he “wasn’t impressed” when he first heard the band’s demo. Many other labels had already turned the band down. 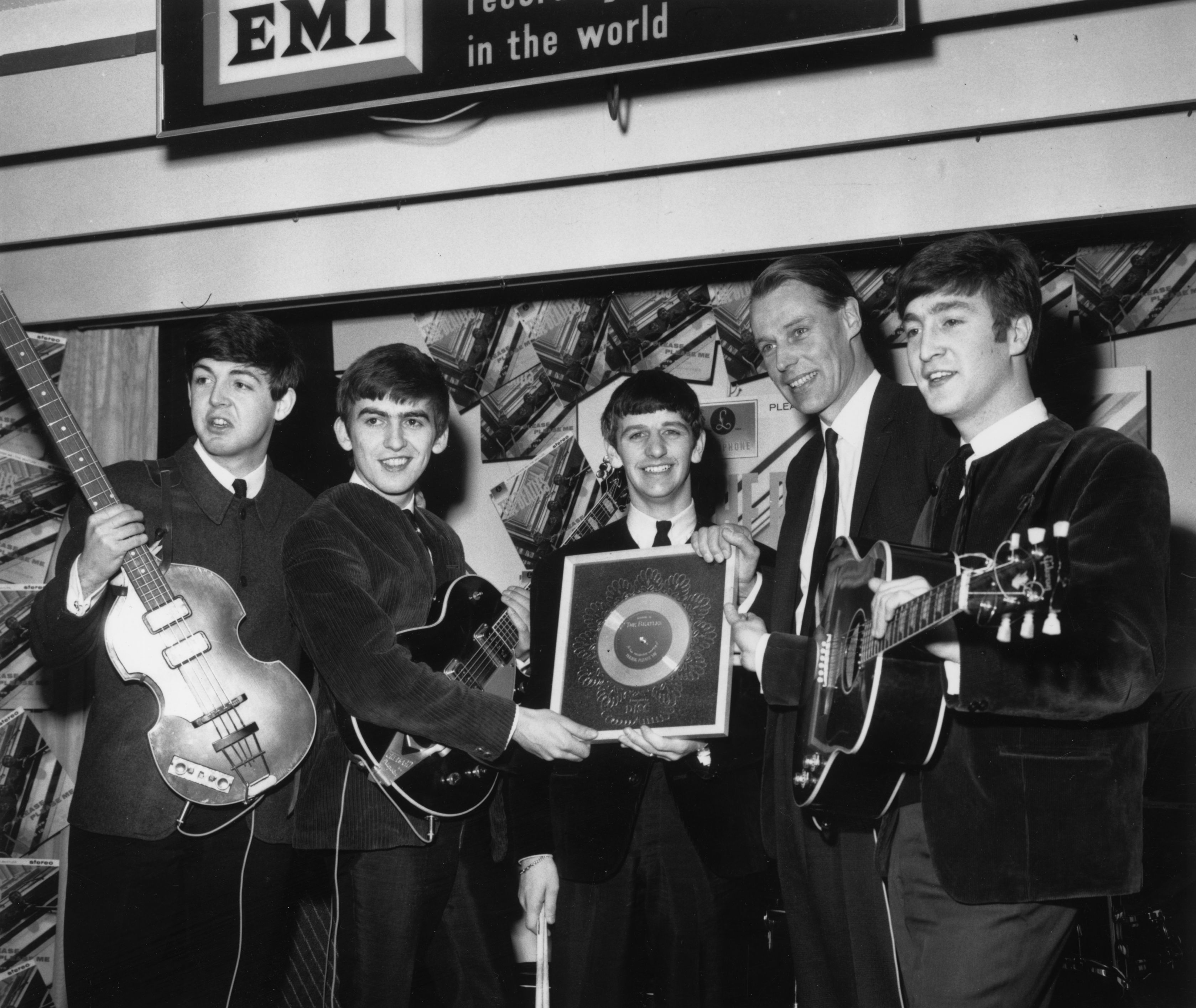 “But there was an unusual quality of sound, a certain roughness that I hadn’t encountered before. There was also the fact that more than one person was singing, which in itself was unusual,” Martin wrote in his 1979 memoir, “All You Need Is Ears.”

Martin admitted there was still “something tangible” that compelled him to hear more. After granting the band a studio test, “[i]t was love at first sight,” Martin said in his memoir.

Soon after, Martin offered the Beatles their first record contract in 1962. The band’s debut album, “Please Please Me,” was released the following year. Out of the 23 Beatles chart-toppers in the U.S., Martin produced 19 of them.

Born in London in 1926, Martin taught himself piano at a young age. He enlisted in the Fleet Air Arm of the Royal Navy for four years until he left in 1947 to study the piano and oboe at the Guildhall School of Music and Drama in London.

In the 1950s, Martin ushered jazz and comedy albums for Parlophone, an arm of EMI Records. Martin became the label’s new director years before his first encounter with the Beatles in the early 1960s.

Martin also produced hit songs for artists outside the Beatles, lending his touch on songs for Paul McCartney, Celine Dion, America, Stevie Wonder, Gerry and the Pacemakers and Elton John’s 1997 reworking of “Candle in the Wind” as a tribute to the late Princess Diana.

Martin also received an Oscar nomination for his film score to “A Hard Day’s Night” and is a six-time Grammy winner, two for the Beatles’ “Sgt. Pepper’s Lonely Hearts Club Band.” On that seminal Beatles album, Martin was the one that organized the orchestral build-up that bridged the two halves of “A Day in the Life.”

“On ‘A Day in the Life,’ we needed to bridge John [Lennon’s] first half with the second half written by Paul [McCartney],” he told the Journal. “Paul suggested an orchestral orgasm, so I scored 24 measures, from the lowest note to the highest. I told the orchestra, ‘Make your own way up there. if you’re playing the same note as the chap next to you, you’re wrong.'”

Martin’s influence on the Beatles can be pinpointed to the forceful strings in “Eleanor Rigby,” the addition of a string quartet to “Yesterday,” and the tape loops in “Tomorrow Never Knows.”

In his memoir, Martin said the Beatles was a “team effort.”

“Without my instruments and scoring, very many of the records would not have sounded as they do. Whether they would have been any better, I cannot say. They might have been. That is not modesty on my part; it is an attempt to give a factual picture of the relationship,” he said.

Left: Legendary producer George Martin poses with poster of the Beatles in 1984. Photo by Rob Verhorst/Redferns via Getty Images