Roger Moore, who played the role of James Bond more than any other actor, has died at 89, after “a short but brave battle with cancer,” his children announced Tuesday.

The fictional British secret service agent could be played many ways: gritty, wry, charming, dangerous. But none played the iconic badboy as tongue-in-cheek as Moore, a British actor who appeared as Bond in seven films. Starting with “Live and Let Die” in 1973 and ending with “A View to Kill” in 1985, Moore brought a more relaxed and comedic approach to the role, and often said he found it funny that a fictional spy was recognized so widely. 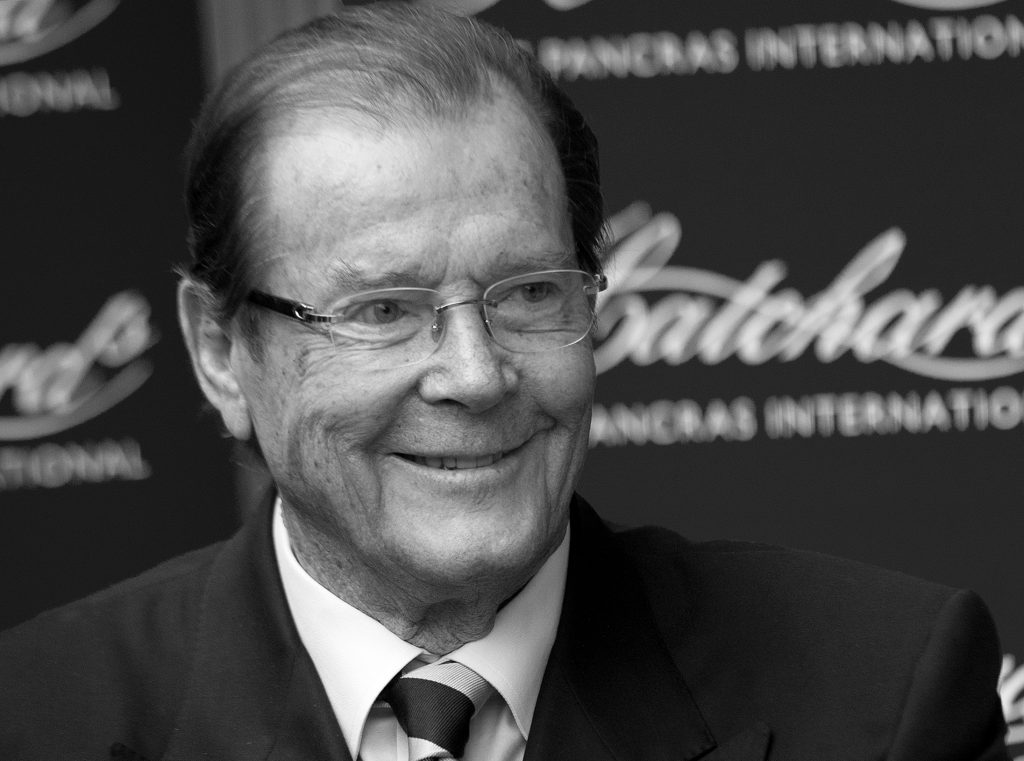 Roger Moore in 2014 in London. Photo by Zak Hussein/Corbis via Getty Images

“How can he be a spy, yet walk into any bar in the world and have the bartender recognize him and serve him his favorite drink?” he wrote in his memoir, “My Word Is My Bond.” “Come on, it’s all a big joke.”

Moore’s appreciation for humor — and how he used it to play Bond — was seen as early as 1964, when he played the spy in a seven-minute comedy sketch on the show “Mainly Millicent.” Playing Bond on holiday, Moore meets a Russian spy named Sonia Sekova at a cafe, where comedy and chaos ensues: first with the question of who’s-spying-on-whom, then with Moore pushing a waiter off the balcony, and all brought to an end with the requisite kiss.

Around this time, Moore also began playing Simon Templar on “The Saint,” a Robin Hood-style spy thriller TV series that became a hit, and a role he held for seven years. Over a career that spanned seven decades, Moore also acted in dozens of other movies, some of which were ridiculed by critics; the Washington Post reports that after the 1956 costume drama “Diana,” in which he played a prince, a reviewer described his performance as “a lump of English roast beef.” It appears the last productions Moore worked on before his death were two upcoming animated films, to which he lent distinctive voice — and that “crystalline” British accent.

None of his other films, of course, were ever as well-known as the Bond movies; he arguably delivered one of the most beloved portrayals of the spy. In a recent interview with CNN, when asked for one reflection on playing Bond for so long, Moore said “I could have done it better.”

That humility was on display throughout his life — he told the Guardian in 2014 that he considered himself “one lucky bastard” (which is also the title of another of his books) and that his success was really “99 percent luck.”

But the CNN interviewer did not let this humility pass, asking him for his favorite Bond line (“Sit!” to the tiger when it jumps out of the bushes at him in “Octopussy”), favorite Bond gadget (the magnetic watch, he joked, because it unzipped Madeline Smith’s dress) and favorite Bond leading lady (his wife Kristina; he was married a total of four times, and over time, he said, he’d learned the most important word was “yes”).

In later years, Moore — observing the humanitarian efforts of his friend, the actress Audrey Hepburn — became a UNICEF ambassador. He was knighted by Queen Elizabeth for that work in 2003.

In 2014, Moore did an interview with NPR’s Weekend Edition, in which he explained his attitude about death. It was shaped, he said, by a line he once read in a never-filmed script, which described death as “going into the next room.”

“And it’s a room the rest of us can’t go into because we don’t have the key,” he said. “But when we do get the key we’ll go in there and we’ll see one another again.”

Left: Actor Roger Moore on the set of "Octopussy." Photo by Sunset Boulevard/Corbis via Getty Images