Gregg Allman, who expanded the definition of rock, dies at 69

Gregg Allman, who helped define jam band rock ‘n roll as a founding member of the Allman Brothers Band, died on Saturday at the age of 69, his publicist confirmed.

Allman co-founded the legendary group in 1969 along with his older brother Duane, becoming the architects of a new genre of music called Southern rock that combined Gregg Allman’s soulful vocals with the blues-infused riffs of Duane and guitarist Dickey Betts in hits like “Rambling Man” and “Midnight Marauder.”

The group was inducted into the Rock and Roll Hall of Fame in 1995, and Allman received a Grammy Lifetime Achievement Award in 2012.

In a 2012 interview with the PBS NewsHour’s Jeffrey Brown, Gregg Allman recalled how he and Duane, who died in 1971 at the age of 24, created the band’s unique blend of styles, which ranged from blues to jazz and country.

“It was our two loves of music,” Allman said. “He sort of leaned towards the country blues, which is un-electrified, like Robert Johnson, Elmore James. And I was really into Bobby Bland, James Brown, you know, people like Curtis Mayfield.”

Allman was born in Nashville, Tenn. in 1947 and raised in Florida after his father was killed in a shooting.

In the 1960s, he formed several musical groups with Duane, during which the duo developed the unique jam-band style that would later bring them stardom as the Allman Brothers Band. Success began to come in 1969 with the band’s release of their self-titled debut album. In 1971, they drew rave reviews with a performance that later became a live album, “At Fillmore East.”

Meanwhile, Allman also had a successful solo career. In 1973, he released the solo hit “Laid Back,” and in 1987, while the band was on hiatus, he released “I’m No Angel.”

He was briefly married to Cher, with whom he had a child, soon after she divorced Sonny Bono. Allman and Cher released “Two the Hard Way,” their only album together, in 1977, and the two divorced after 15 months.

Allman battled with drug use, and in the 1970s, he testified against his former road manager, John “Scooter” Herring, in a highly-publicized drug case that would divide the remaining band members. In 2010, he underwent a liver transplant after being diagnosed with hepatitis C. 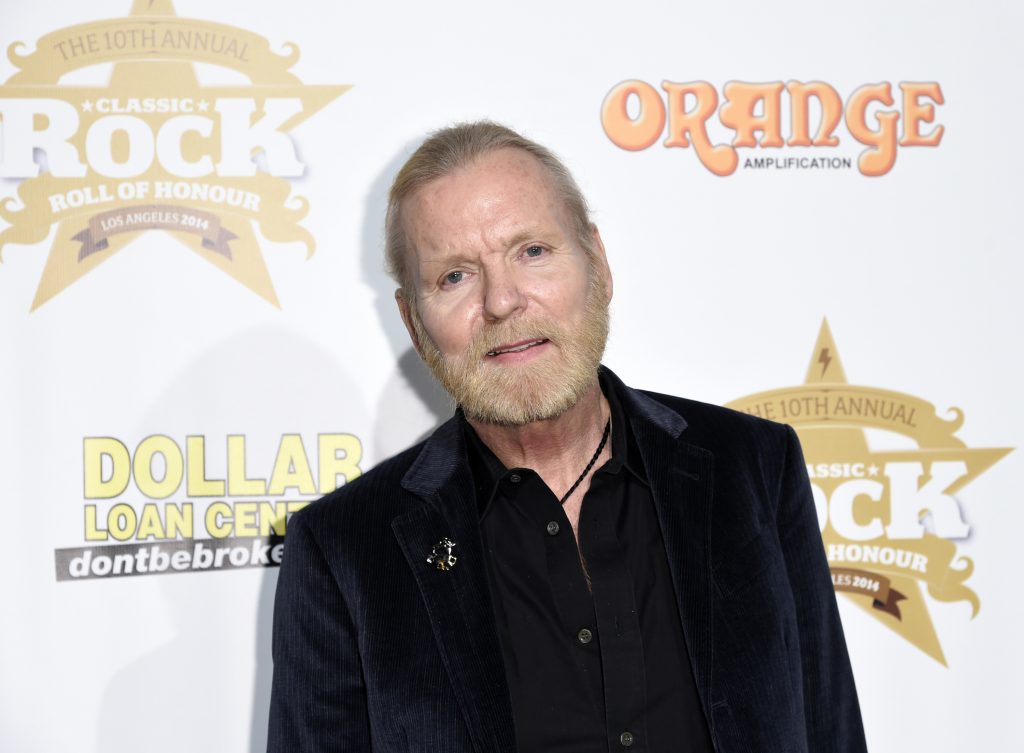 “Gregg struggled with many health issues over the past several years,” said a statement posted on Allman’s Facebook page Saturday. “During that time, Gregg considered being on the road playing music with his brothers and solo band for his beloved fans, essential medicine for his soul. Playing music lifted him up and kept him going during the toughest of times.”

His publicist said he died at his home in Savannah, Ga. He is survived by his wife, four children and three grandchildren.

“I have lost a dear friend and the world has lost a brilliant pioneer in music,” Allman’s manager and and friend Michael Lehman wrote on Allman’s Facebook page. “He was a kind and gentle soul with the best laugh I ever heard. His love for his family and band mates was passionate as was the love he had for his extraordinary fans. Gregg was an incredible partner and an even better friend. We will all miss him.”

Musicians paid tribute to the late artist on Twitter.

My heart breaks today at the passing of soul brutha Gregg Allman. Blessings and peace to all the Allman family. – KU

It's all just too much. #GreggAllman Rest In Peace Midnight Rider pic.twitter.com/h3sWHTEXzN