What skaters can teach us about U.S.-Cuba diplomacy

Video produced by Alexandra Hall and edited by Justin Scuiletti.

Raciel Pereda Bernet’s first skateboard was already in bad shape by the time he bought it from a girl in Havana for the equivalent of $45 U.S. dollars. Like all skateboards in Cuba, it came from “the outside” — meaning, outside of the island where all trade with the U.S. had been cut off for decades. “They all come from the outside,” Bernet said.

Every skateboarder knows that boards break and shoes wear out. Living in the United States, that can make skating expensive, but depending on your income, it’s manageable. All cities and most small towns have skate shops, and thanks to the Internet, most equipment can be shipped to your doorstep.

But for skaters in Cuba, the mortality of skate gear can be debilitating. That’s because skate shops, and domestic skateboard production, simply don’t exist in Cuba.

In 2010, Bernet met Miles Jackson at the muros presidentes, a gathering place for skaters in Havana. Jackson and his girlfriend Lauren Bradley were studying abroad in Havana and noticed the lack of resources for skaters. They decided to start Cuba Skate, a nonprofit organization that would connect skaters in Cuba with skating equipment and resources. 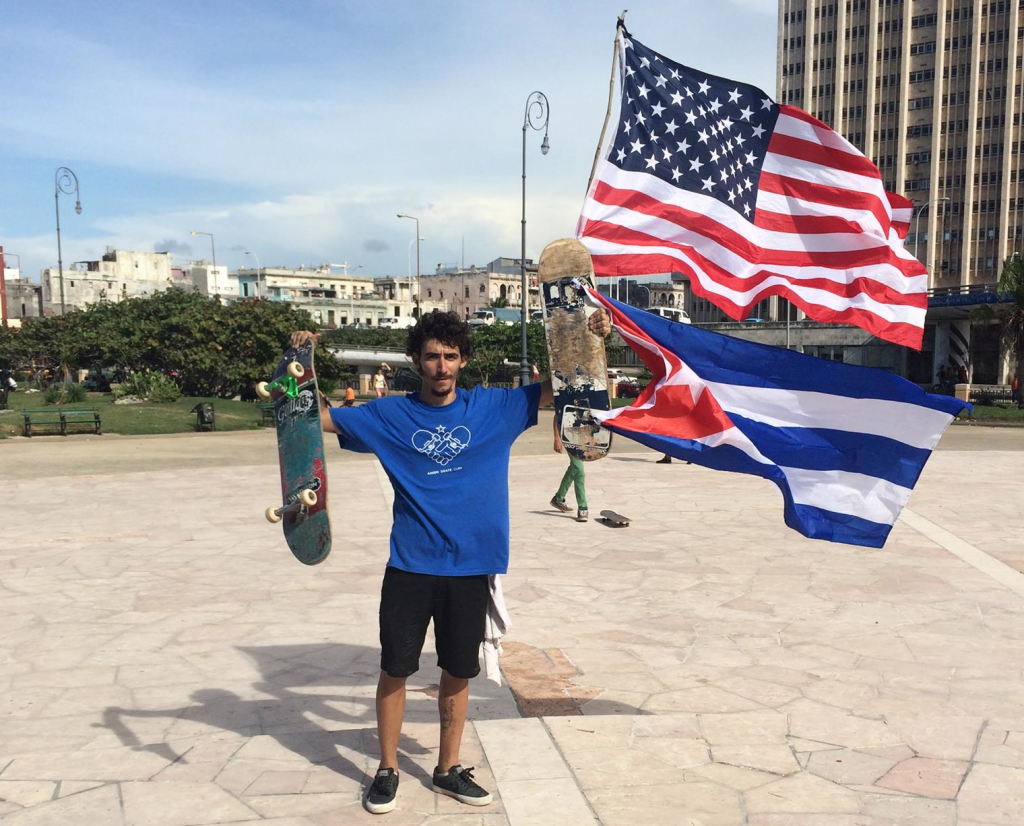 Raciel Pereda Bernet in Cuba on June 21, 2015. “When I first started skating, I was just a kid. But once I got older it became more than just a hobby,” he said. “Now it’s a part of me, a way for me to escape from my problems, simply because I like it.” Photo by Marian Fleita Mojena

Despite limited connectivity to the international skateboarding world, Cuba’s DIY skate culture is talented, innovative and resourceful, Jackson said. “They make boards, that normally might last one or two weeks, last months,” Jackson said. The only thing that community needed were more material resources.

It started as a blog. Then trips to Cuba through Canada. Five years later, Jackson hand-carries boards and other skate equipment from the U.S. to Cuba several times a year, with full authorization from the U.S. government’s Office of Foreign Assets Control.

These days, he’ll normally bring around 50 boards packed into his luggage on a single trip. That, in combination with shoes, trucks, wheels and other gear can amount to 100 lbs. “Even if we bring down all these boards, they only last so long,” he said. 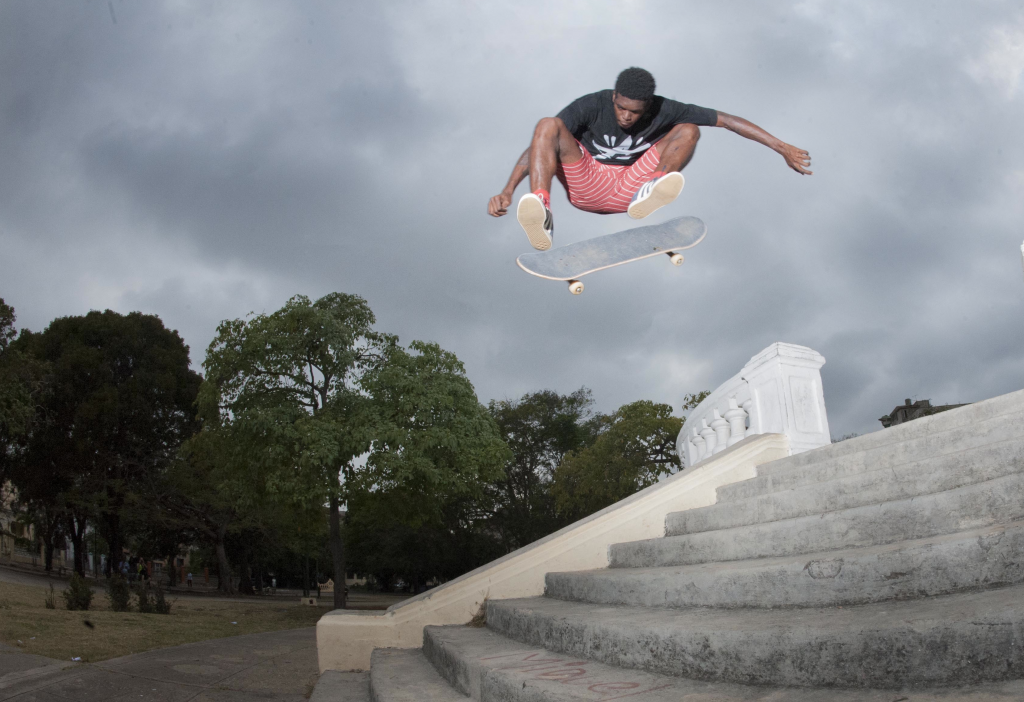 Cuba Skate raises money and donations from individuals and skate companies. The group’s next project is a complete renovation of Cuba’s only official skate park, El Patinodromo, Jackson said. 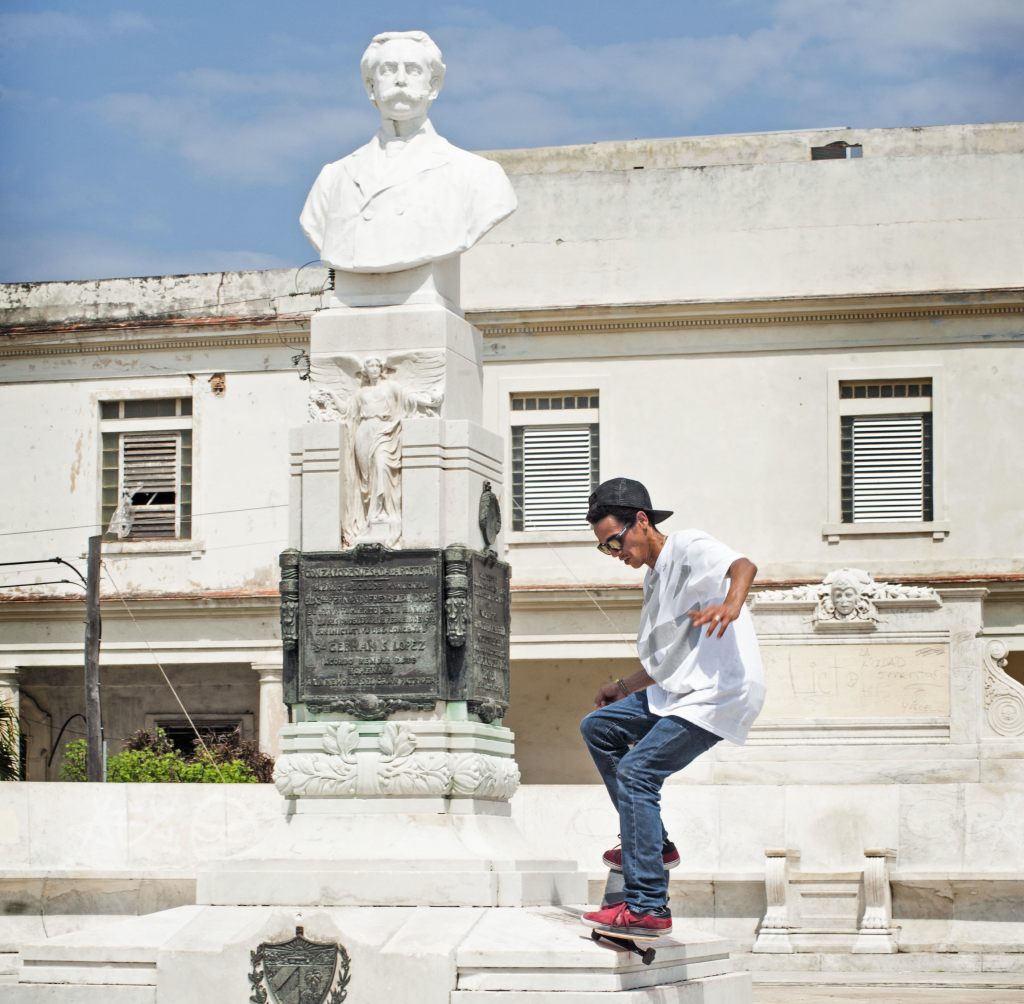 Orlando Rosales of 23yG, a skate crew in Cuba, skating in Cuba on March 15, 2015. Photo by Neftalie Williams

Cuba Skate also organizes trips for pro skaters from the U.S. to Cuba and works to promote the concept of “global skateboard diplomacy,” the idea that cross-cultural exchange of skateboard culture between two countries can improve relations between nation states. Other skaters in the U.S. have started similar projects, like Amigo Skate and Skateistan.

The group’s work comes at a moment when the U.S. and Cuba are normalizing relations after decades of diplomatic silence. Cultural exchange between skaters in the U.S. and other countries can help improve relations between nations from the bottom up, according to Neftalie Williams, Cuba Skate’s Chair and Research Director at USC Annenberg’s Institute of Sports, Media and Society. Williams compared the potential of skate diplomacy with the role that ping-pong played in restoring U.S.-Chinese relations in the early 1970’s. 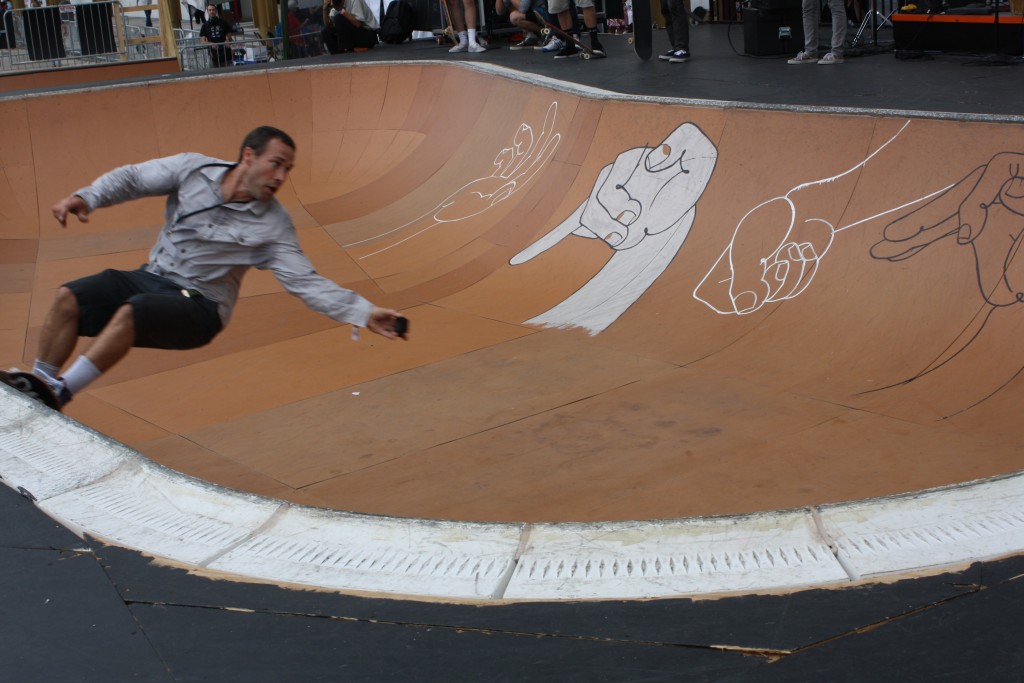 Skaters in the bowl outside the Kennedy Center at the “Finding a Line” festival on Sept. 10, 2015. Photo by Alexandra Hall

However, there are still barriers to cultural exchange. Cuba Skate invited three skaters to travel to the U.S. from Cuba for “Finding a Line: Skateboarding, Music, and Media,” a festival showcasing skate culture at the Kennedy Center in Washington, D.C. from Sept. 4-13. But when three Cuban skates — Orlando Enrique Rosales Caraballo, Reinaldo Jorge Vicet Reyes and Yojaní Perez Rivera — went to the U.S. consulate in Havana for their interviews, their visas were denied over concerns they planned to emigrate to the U.S., according to Jackson.

“There must have been a miscommunication because when the Cuban skaters went for their interview in Havana, they were seen as three Afro-Cubans off the street,” said Jackson.

Cuba Skate submitted a letter to appeal the decision, but ultimately Rosales, Vicet and Perez didn’t get to skate at the Kennedy Center. Representatives from the Kennedy Center declined to comment on the visa issue.

But Bernet and another Cuban skater, Fernando Verdecia Maseda, who moved to Miami two years ago, were at the festival as the Cuban flag was raised in the Hall of Nations. Bernet’s new board has a drawing of a green palm tree against a black background, and it is stunning. 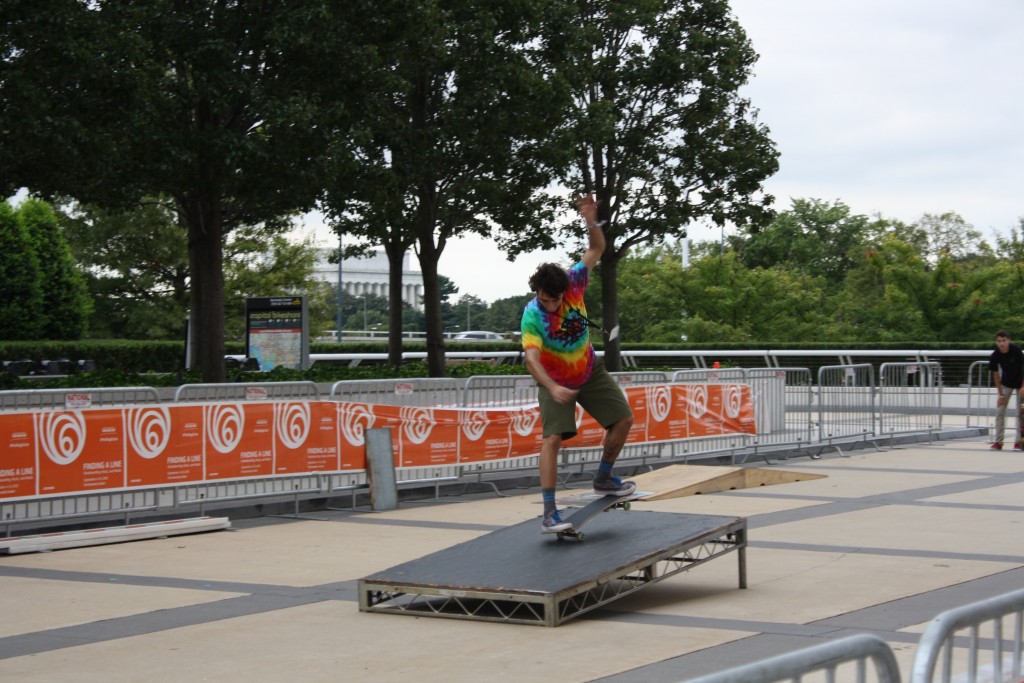 Bernet skates at the “Finding a Line” festival at the Kennedy Center in Washington, D.C. on Sept. 10, 2015. Photo by Alexandra Hall