‘Hemingway’s Boat’: How Pilar Weathered the Storms of Fame, Ruin

It’s been 50 years since Ernest Hemingway was found next to his shotgun in Ketchum, Idaho. Yet the life and times of the iconic American author remains an open book for scholars and historians to meticulously pore over.

Paul Hendrickson, the author of “Hemingway’s Boat, Everything He Loved in Life, and Lost, 1934-1961,” is the latest biographer to delve into the Hemingway mystique and he does so in an unconventional manner: by narrowing his narrative focus on a 38-foot motorized fishing vessel that Hemingway dubbed Pilar. 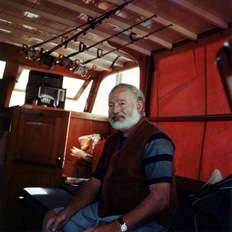 Hendrickson, a former writer for the Washington Post Style section and now a professor of nonfiction writing at the University of Pennsylvania, says the boat was the one constant during the last 27 years of Hemingway’s life — a tumultuous period that had the full tilt of personal and professional fortunes and misfortunes.

“He lovingly owned [Pilar], rode her and fished her through three wives, the Nobel Prize and all his ruin,” Hendrickson said from his home near Philadelphia.

In 1934, Hemingway had just returned from safari in East Africa when he purchased his newly outfitted, stockyard boat in Brooklyn. He was at the pinnacle of his career and the toast of the literary world, having already published “The Sun Also Rises” and “A Farewell to Arms” by the time he was 30 years old. But Hendrickson says critics began to turn on Hemingway in the mid 1930’s as he temporarily moved away from fiction of the long sort and began experimenting with narrative journalism, writing pieces for Esquire Magazine on hunting and fishing.

For the rest of his life, Pilar would become Hemingway’s sanctuary: A place to weather the storms of professional criticism and escape the anxieties of broken marriages and ruined friendships. On her deck, he entertained celebrities, propositioned women, wielded his firearms, saved swimmers from sharks and relaxed with his children. 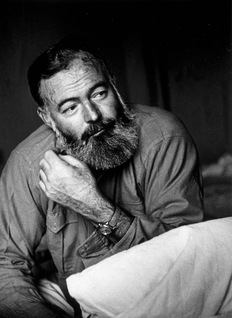 “Pilar represented this little encapsulated existence where for a long weekend, or just an afternoon, he could get away from the pressures of the writing desk,” Hendrickson said.

For Hendrickson, his interest in the story began back in the 1980s when he interviewed Hemingway’s three sons for a Washington Post series. He says the idea gnawed at him for years before he finally went to Havana, Cuba, to see Pilar in May of 2005. He began writing shortly after.

A much more sympathetic portrait emerges from the pages of Hendrickson’s book than has been written in the past about Hemingway.

“In my opinion, too many previous Hemingway biographers and scholars have gleefully wished to point out so many of the toxic things that Hemingway did,” Hendrickson said. “But one of the points I try to make is that, yes, without question he could be appalling to other people but … there was this other side of him, this decent side that could come out instantly.”

And Hendrickson believes that’s just part of the appeal for so many readers.

“Will we ever fully understand Ernest Hemingway?” Hendrickson asks.