A report released Wednesday focusing on the top-grossing films of the last seven years makes one thing clear: women and people of color are sorely underrepresented in Hollywood.

That fact also spoke loud and clear when we decided to look at that study, which included films released from 2007 to 2014, to see how many of the 700 analyzed were both directed by, and starred, women of color. The analysis, which was conducted by the Media, Diversity & Social Change Initiative at the University of Southern California’s Annenberg School for Communication and Journalism, showed that only 24 directors were female. Among those, four were women of color. Those four women are Ava DuVernay (“Selma,” 2014), Gina Prince-Bythewood (“The Secret Life of Bees, 2008), Loveleen Tandan (“Slumdog Millionaire,” 2008) and Sanaa Hamri (“The Sisterhood of the Traveling Pants 2,” 2008).

And of those four movies, how many also featured a woman of color in the leading role? We list them below:

The movie, based on Sue Monk Kidd’s novel of the same name, follows the story of three beekeeping sisters in 1960s South Carolina who take in a young runaway. Lily Melissa Owens, a 14-year-old white girl, accidentally killed her mother at the age of 4 and ran away from her abusive father with Rosaleen (Jennifer Hudson), her black caretaker. She seeks shelter in the town of Tiburon with sisters August (Queen Latifah), June (Alicia Keys) and May (Sophie Okonedo). Even as the film received mediocre reviews, Latifah was praised for her portrayal of August, which The New York Times noted showed a “shrewd refusal to play her character according to stereotype.”

Latifah said August’s confidence resonated with her. “I just always connected with August because this character is so nurturing and loving and confident and comfortable in her own skin that she just seems at peace,” Latifah told NPR. 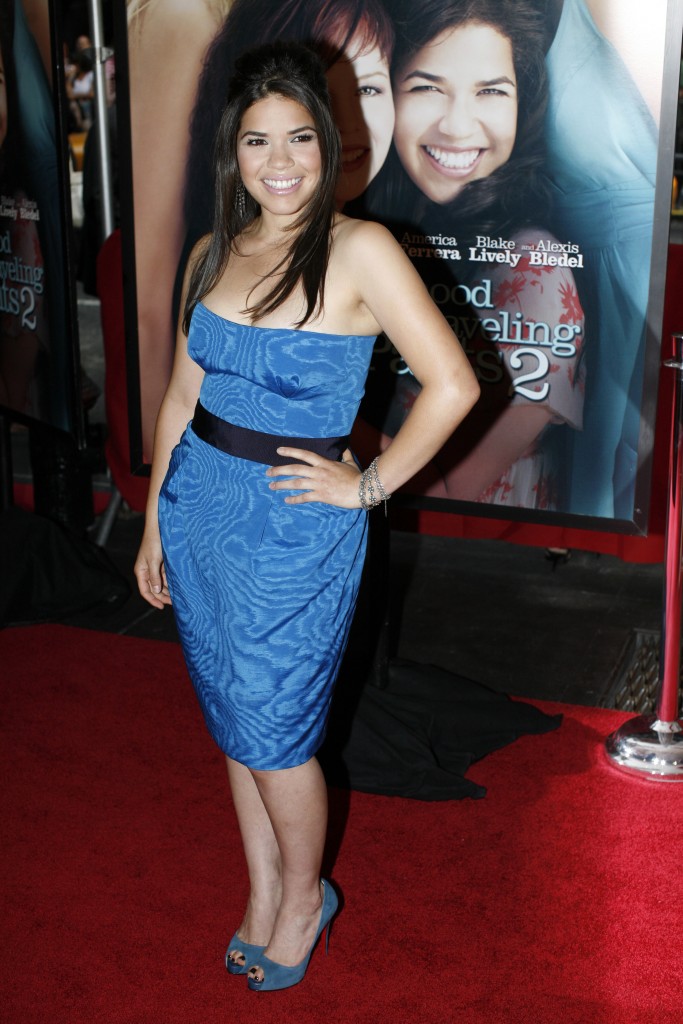 Actress America Ferrera arrives for the premiere of the film “The Sisterhood of the Traveling Pants 2” in New York City on July 28, 2008. Photo by Keith Bedford/Reuters

The popular sequel to “The Sisterhood of the Traveling Pants” starred America Ferrera alongside co-stars Amber Tamblyn, Alexis Bledel and Blake Lively. In the movie, Carmen (played by Ferrera) unexpectedly scores the leading role of Perdita in a local theater’s summer production of “A Winter’s Tale.” Over the course of the summer as Carmen learns the role, she must reckon with her insecurities around acting along with her changing friendships with fellow cast member Julia (played by Rachel Nichols) and Tibby (played by Tamblyn).

Ferrera told CNN the film provided some needed representation for young women in Hollywood. “What I really love about this movie and why I would have ran out to see this film even if I wasn’t in it … is that I feel as a young woman I’m always constantly craving my stories to be told,” she said.

The study puts a spotlight on what has long been known as a problem in Hollywood. Some people are making efforts to highlight media by and starring people of color, including Ava Duvernay, who asked her Twitter followers in May to name movies that had “black, brown, native or Asian women leads” and female directors. And the Tumblr “The Racial Bechdel Test” documents films that have two characters of color that have a conversation about “something other than a white person.”

Left: Director Gina Prince-Bythewood appears at a news conference on her film "The Secret Life of Bees" at the 33rd Toronto International Film Festival on Sept. 6, 2008. Photo by Malcolm Taylor/Getty Images