Hi-tech scans uncover new details of ‘Girl with a Pearl Earring,’ but not her identity

THE HAGUE, Netherlands (AP) — Researchers using a battery of modern imaging techniques have gotten under the skin of Johannes Vermeer’s “Girl with a Pearl Earring,” but tests haven’t answered the key question about the world famous painting’s enigmatic subject.

“Who was the girl?” Martine Gosselink, Director of the Mauritshuis museum in The Hague said in an online presentation Tuesday of new research findings. “Spoiler alert: No, sadly we didn’t find out who this young lady was and if she ever really existed. But we did get a little closer to her.”

What the 2018 research project did uncover were details including how the Golden Age Dutch master painted the girl and where he got his pigments. 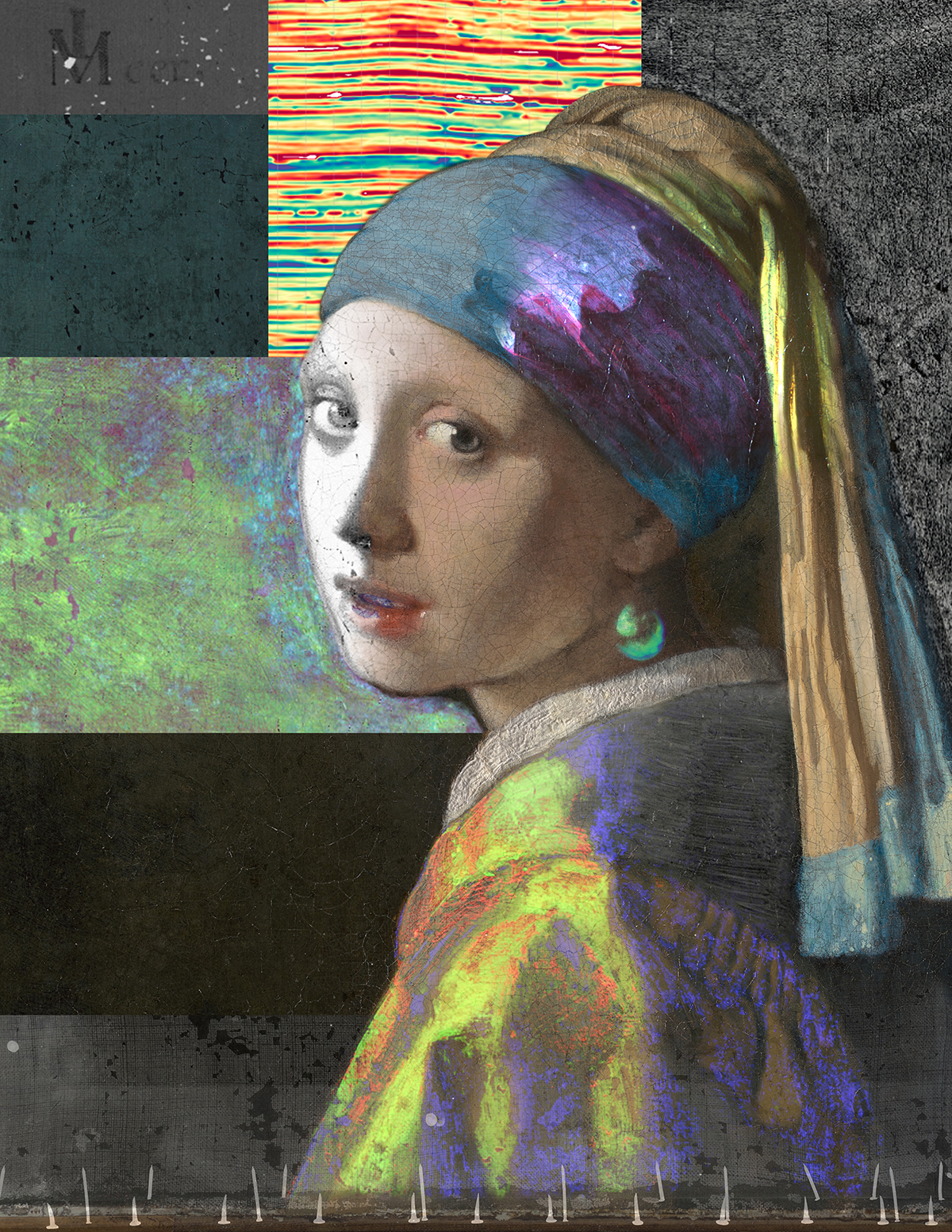 Composite image of Girl with a Pearl Earring from images made during the project. Image by Sylvain Fleur and the Mauritshuis research team. Courtesy of the Mauritshuis.

They even confirmed once and for all that the girl has eyelashes and revealed that she is painted in front of a green curtain that has faded from view. Such is the interest in the painting, that even the subject’s facial hair — or apparent lack of it — is the subject of academic debate.

The painting was placed in a purpose-built glass room in early 2018 so visitors to the museum could watch as researchers and their hi-tech machines took what amounted to a full-body scan of the work completed by Vermeer around 1665, which is sometimes referred to as the Dutch “Mona Lisa.”

The public, however, will have to wait until they can see the museum’s star painting in real life. The Mauritshuis, along with all other Dutch museums and galleries, is closed due to restrictions aimed at slowing the spread of the coronavirus.

The research findings, however, were being placed online, along with explanations from those involved.

Among them, scans that mapped the maze of tiny cracks that have formed in the paint over the years. They will allow the museum to use this research as a baseline to monitor the health of the canvas in coming years.

Analysis of microscopic paint samples was able to pinpoint where the pigments Vermeer used originated. The white lead that forms the earring comes from the Peak District in northern England, the ultramarine blue is ground from lapis lazuli found in what is now Afghanistan and the red is cochineal, made from bugs that live on cactus plants in Mexico and South America.

“It’s surprising how much high quality ultramarine Vermeer used in the girl’s headscarf,” said conservator and project leader Abbie Vandivere. “This blue pigment was more valuable than gold in the 17th century.”
Vermeer, however, didn’t have to scour the world to get his materials, he most likely bought them in his hometown of Delft.

The findings don’t just reveal details about Vermeer’s materials, “but also tell us about Dutch and world trade in the 17th century,” Vandivere said.

Research also uncovered the order in which he painted the girl on a woven canvas with a gray base layer.

As if looking over Vermeer’s shoulder while he was working, research with infrared imaging showed that he began composing the work in shades of brown and black. He then drew the girl’s outline in black lines before working from the green background to the foreground: The skin of her face, her yellow jacket, white collar, blue headscarf and finally the quick dabs of white that make up the pearl. Finally, he signed the top left of the canvas.

“The girl has, sadly, not revealed her identity, but we have got to know her better,” Gosselink said.