WASHINGTON — Hispanics are more likely to consider caring for an elderly relative or friend to be a positive experience, and less likely to say it creates stress in their families, a new poll found.

More than nine in 10 Hispanics over age 40 reflected positively on their personal experiences in providing assistance to loved ones, while 82 percent of non-Hispanics offered positive reflections, according to the poll released Tuesday by The Associated Press-NORC Center for Public Affairs Research.

Hispanic caregivers were also slightly less likely to say the experience placed a burden on their personal finances.

“There’s something to be said about the Hispanic culture that embraces caring for our families,” Yanira Cruz, president and CEO of the National Hispanic Council on Aging, said. “It has been a way of life for us, and for many Hispanics, being able to care for a loved one or parent is gratifying because it’s a way to fulfill what we have been raised to do.”

According to the poll, 60 percent of Hispanics 40 and older said they have provided, received or financed long-term care services, and 15 percent are currently receiving or have received long-term, ongoing living assistance.

Government figures show nearly 7 in 10 Americans will need long-term care at some point after they reach age 65.

Hispanic adults over 40 are more apt than others to think they will need care someday, the poll found. Thirty-two percent called that extremely or very likely, compared with 20 percent of non-Hispanics, yet only 1 in 10 Hispanics reported doing much planning for their own long-term care. Further, only 1 in 5 was confident they will be able to pay for long-term care if they personally need it.

The care of the United States’ aging population is becoming a national concern. By 2050, there will be 83.7 million people in the U.S. age 65 and older, almost double the estimated 2012 population of 43.1 million. Hispanics will make up more than 1 of every 5 of that 2050 number, according to the U.S. Census Bureau. 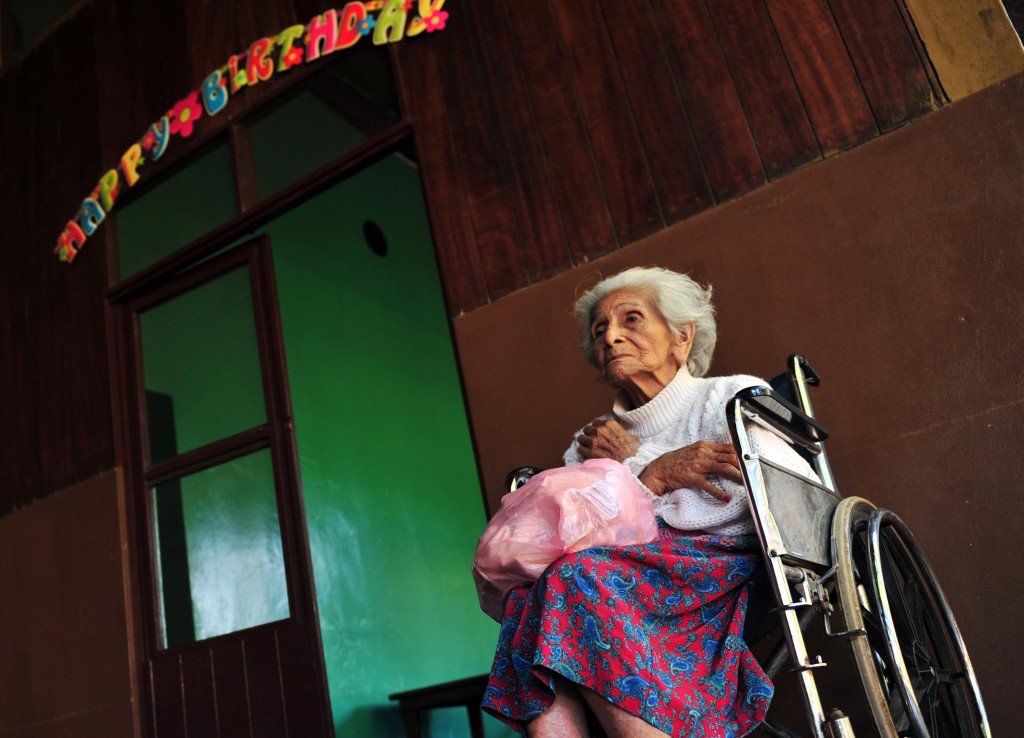 “Being able to see Grandma interact with the grandchildren and being able to develop that intergenerational bond as a family is something that is very much in line with who we are as a people,” she said.

The AP-NORC Center survey was conducted by telephone March 13 to April 23 among a random national sample of 1,745 adults age 40 or older, including 458 Hispanics, with funding from the SCAN Foundation. Results for the full survey have a margin of sampling error of plus or minus 3.6 percentage points. It is 6.8 percentage points among Hispanic adults.

AP Director of Polling Jennifer Agiesta contributed to this repo